Abdul Wahid Shaikh, one of the thirteen accused in the 2006 Mumbai train blast case, who was acquitted nine years later after the Maharashtra Control of Organised Crime Act court found him innocent has now acquired a law degree. Abdul Wahid Shaikh started writing a book about what it was being locked up inside the jail for long nine years, Begunah Khaidi (The Innocent Prisoner) from inside the cell and had to face severe custodial torture for writing it. His book talks how innocent his co accused are. Kickstarting a new campaign for the release of the co accused, Wahid Shaikh, reminding us of his lawyer Shahid Azmi’s walk through in to the difficult system of law and judiciary, says, “Now I am a Lawyer, I can practice in anywhere in the country, in any court of the country”. Here is an interview with Abdul Wahid Sheikh where he talks about his life after being acquitted.

”Before my arrest I had completed my MA degree from Mumbai University, MA in Urdu language. I was preparing for my PhD. In 2006 itself I had decided to continue my education. I had decided to take legal education. I applied for it in the trial court in 2007 for getting permission to get admission in LLB. Trial court granted it. I started my law study, during that my father died in 2007. Because of my sudden arrest and because of my incarceration in terror cases, due to heart attack he died. Because of the sudden arrest and shock that caused by my arrest, he died. I was very upset at that time. Immediately after the incident I was brutally tortured inside the jail. Subsequently I was transferred from Mumbai jail to Kolapur jail. I couldn’t continue my law study, for long two years I was in Kolapur jail.

In 2010 my lawyer Shahid Azmi was shot dead. Again I wanted to pursue my law study. In 2014 the trial concluded. I again approached the Honourable trial court to continue my law study, court allowed me to proceed my law education and I got admission in Sidharth Law College Mumbai. I cleared the first year. In 2014-15 I cleared my first year law examination. Judgement delivered. I was released from the jail. After releasing I continued my study and carried on the study, appeared in second year and third year, last year the Bombay University granted me the degree. But due to some technical reasons only few days back I received it.

Now I am a lawyer, I can practice anywhere in India, in any court of India

But you know I am a teacher in a government aided school. There is a law that government or semi government employee can’t practice until and unless the person resigns from the post. So it is difficult for me to decide whether I should retire from my teaching service or join the legal practice class. So I decided a middle way, I decided to continue on my duty as a teacher and provide free legal advice for the poor people of my community. Now I am forty. After I resign, at my age of 58 I can join legal practice. It is up to me, anytime I can do practice. This is for enrollment and appearing before the court, but apart from that I can give legal advice to any one, I can open an office, this is no bar, so now I decided to this.

Innocence Network is basically a NGO established by me and other family members of Innocent people who are arrested and convicted in different bomb blast cases, specially 7/11 bomb blast cases and some other prominent human rights activists are also with us, like Quill foundation’s members, some lawyers, some human rights activists. When we formed it in 2016 the main objective of this network was to raise the voice against wrongful conviction and to drive a campaign for early release of innocent persons implicated in different bomb blast cases. Our first task is to get 7/11 chain bomb blast case. We took this case, launched various seminars, programs and symposiums across the country in different cities for the accused, to aware the people what is wrong in the case, why police arrested innocent persons, how they frame them, how they collected the fabricated evidence etc.

Before my arrest itself I heard his name, when we were arrested in 2006 he came to our court, put the signature in Vakalatnama, he represented us before the court. He did guide us on how to speak before the court. what should we speak, what we shouldn’t speak, how the system is made, what point should be raised, etc.

He challenged the draconian law MCOCA act 1999, Maharashtra Control of Organized Crime act, another law like TADA and POTA. We wrote a letter to Maulana Arshad Madani and Advocate Shahid Azmi to help us in legalities to defend us in this bomb blast case. Two draconian laws applied in this case, one is MCOCA and second is UAPA. Shahid Azmi was representing major accused of this case. There were thirteen accused arrested, he was representing seven accused out of this including me. Later he was shot dead. At that point we changed our advocate. 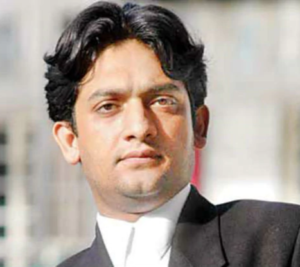 Like Shahid did I can’t choose to be a legal practitioner because my job. So I decided to select the middle way by doing my regular job I can do service for my community, I can share my experiences with these people. Very sad thing is, two accused in this case who are convicted and who are still inside the jail had applied with me for the law study. The court granted permission too. One is Ehseshan Siddiqui and second is Sajid Ansari.  Ehseshan completed his first year of law degree. But after the conviction they are sent to another jail so now totally they are applying before the jail administration to continue law study and appear for the law examination but all their applications are being rejected. Due to they are imprisoned and they can’t complete the law degree. Ehseshan Siddiqui is thirty five years old now and Sajid Ansari is more or less forty. In this way I am lucky that I am released and I completed my degree.

They are not so lucky because of conviction they could not complete their law study. they are pursuing various other courses from IGNOU. They are doing MBA, MA, Journalism etc. but LLB degree is very different and IGNOU is not providing LLB degree, they applied in various other universities, Mumbai University, Pune University, Nagpur University but to carry out the education court order or permission from jail administration is necessary and they are not ready to give permission to them to go with their law education.

Trial court convicted these persons in 2015. After the conviction you have to appeal the conviction order before Bombay High court. You have to challenge this order. Still these accused persons not been challenged at the court because they are not in a position to appoint a lawyer. We had approached a NGO who provide legal help for the prisoners and they assured they will arrange senior lawyers for challenging this order. Then they can appeal this order before the high court. They did not get it. Until and unless the matter has come before the court I can’t say that the attitude or the nature of the court in this has changed after the release of my book Begunah Khaidi.