For the last few years, attacks on Indian Muslims have increased and they are being been lynched for bovine related reasons. They are attacked for marrying Hindu girls, for sporting a beard or for wearing a Skull cap or other symbols of religious identity. However, the Muslims of Pulwama’s Achan, a small village in South Kashmir, are winning hearts by helping their Hindu brethren to restore an 80- year old temple, which has not been in use ever since the emergence of armed resistance against the Indian rule in Kashmir in the early 90s. 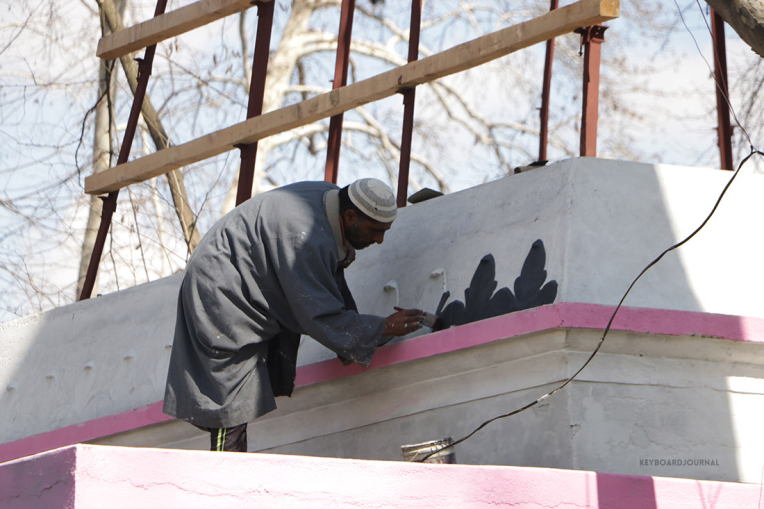 A large number of Hindu Pandits migrated from Kashmir due to tensions in region, resulting in the desolation of many temples. The Muslims of the village have come forward to revive the lost glory of the temple, ”the temple is in ruins and we decided to renovate it”.  All the workers are Muslim volunteers. We have always treated our Pandit brothers well,” Mohammad Younis Parray, voluntary worker, said, adding the people of Kashmir have always upheld communal harmony despite being targeted in the rest of country for their identity. 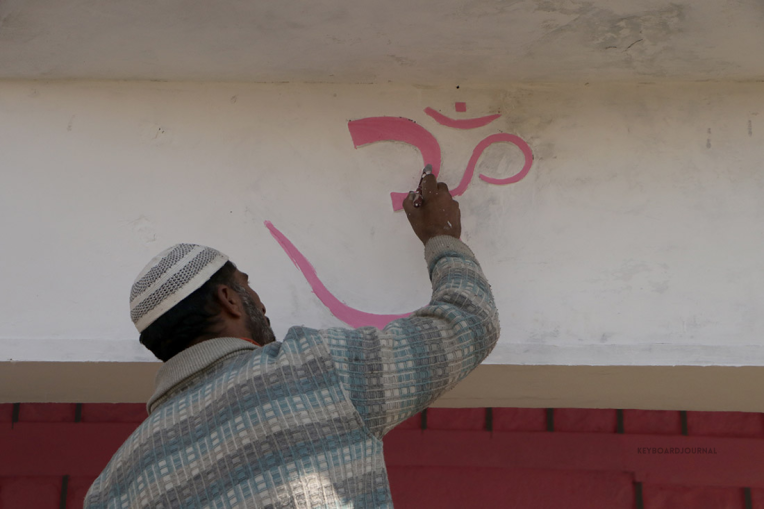 The Pandits have welcomed the gesture, ” I am happy that the whole Muslim community has come forward to help a lone Pandit family in the locality in renovating the temple. It was not possible without their help,” a Pandit women, said, “this gesture is a slap on the face of those people who use religion to win elections.” 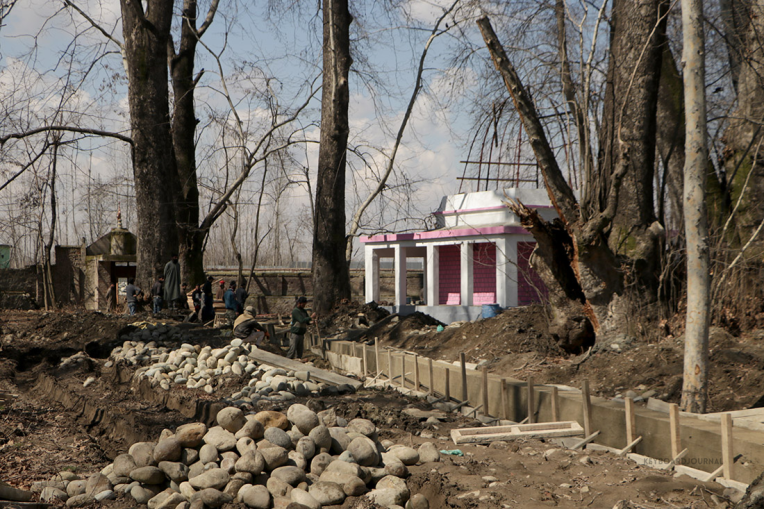 Nearly 50 Pandit families were living in the area before Kashmir crisis began. However, most of the families left the village and only one family stayed back.“thirty years have passed since the militancy has erupted here but we have never felt any threat. 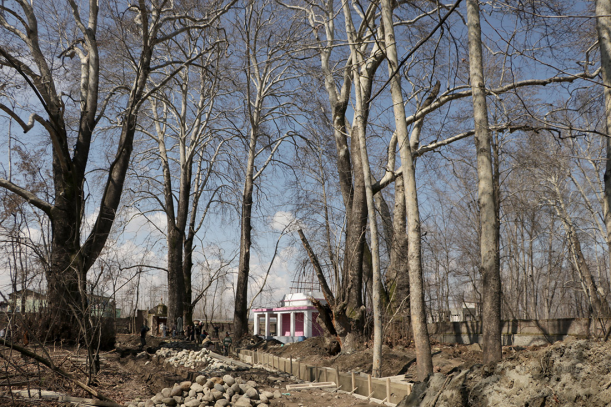 We are living peacefully with our Muslim brothers here. There are lots of Pandit families who have not left the valley and they are all living happily,” Bushan Lal, a local Pandit said. 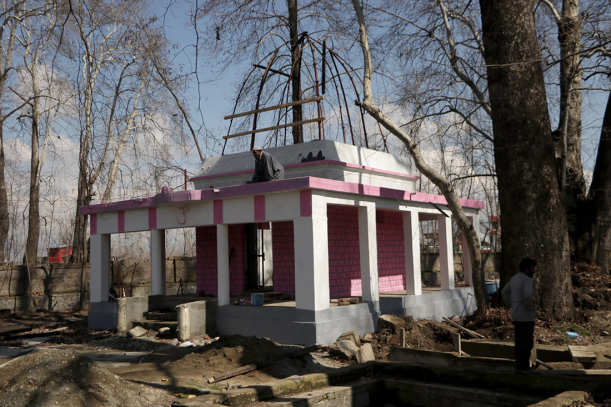 Interestingly, restoration work is carried by the local Muslims who pray in the nearby Masjid during breaks. ” The Azaan from the Masjid and chiming temple bells would reverberate together here during the 90s,” a worker said,   “The temple is being renovated with a hope to turn the clock back.” 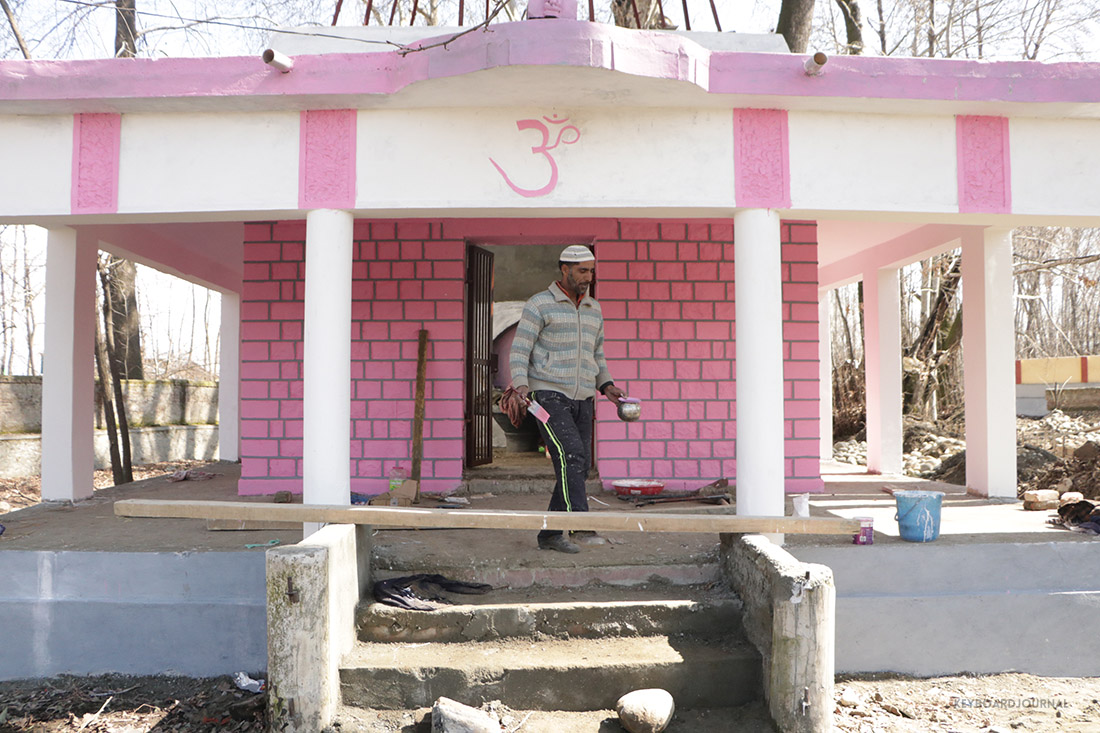 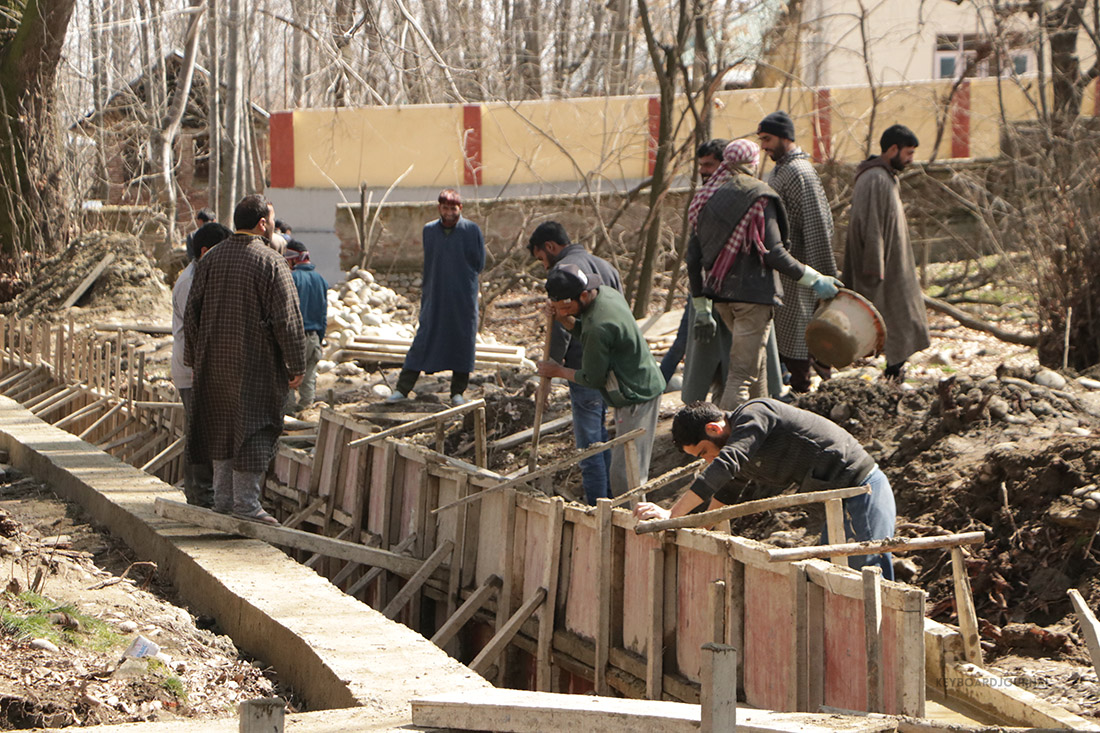 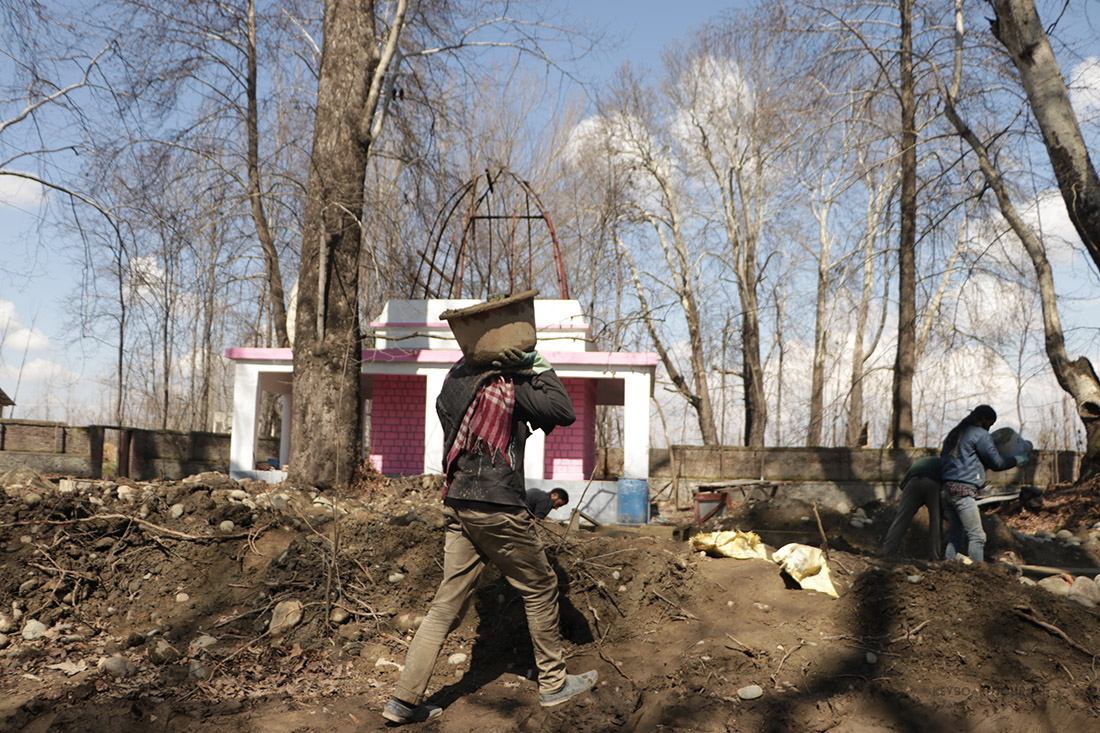 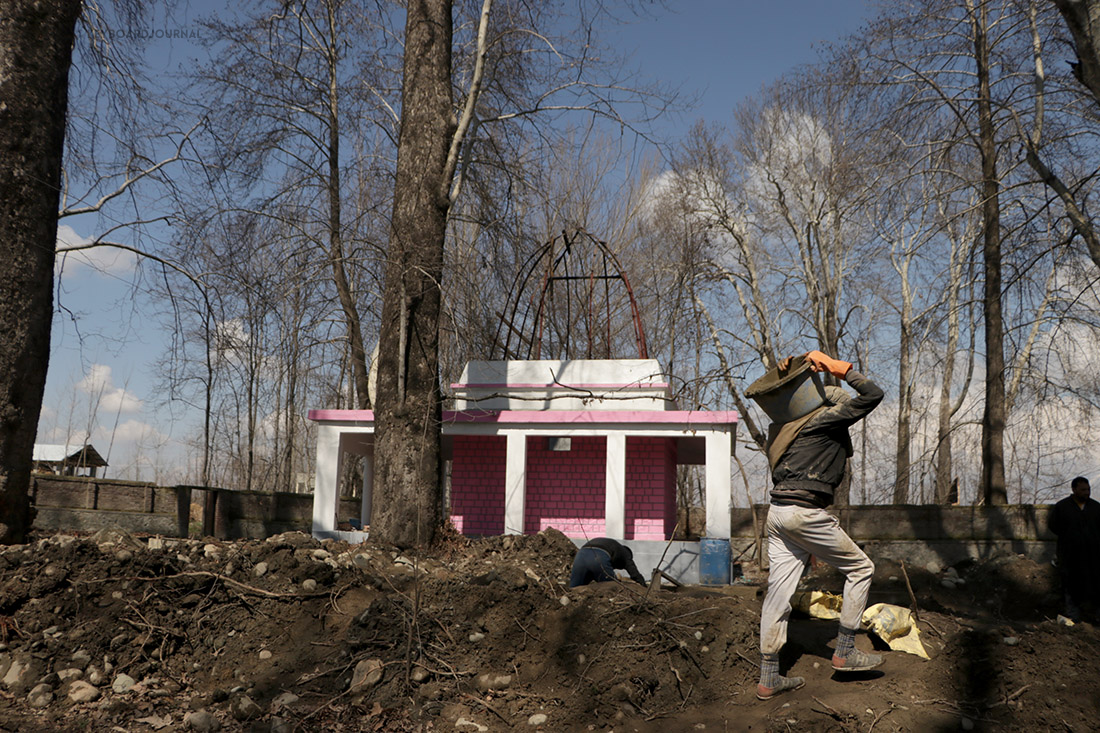 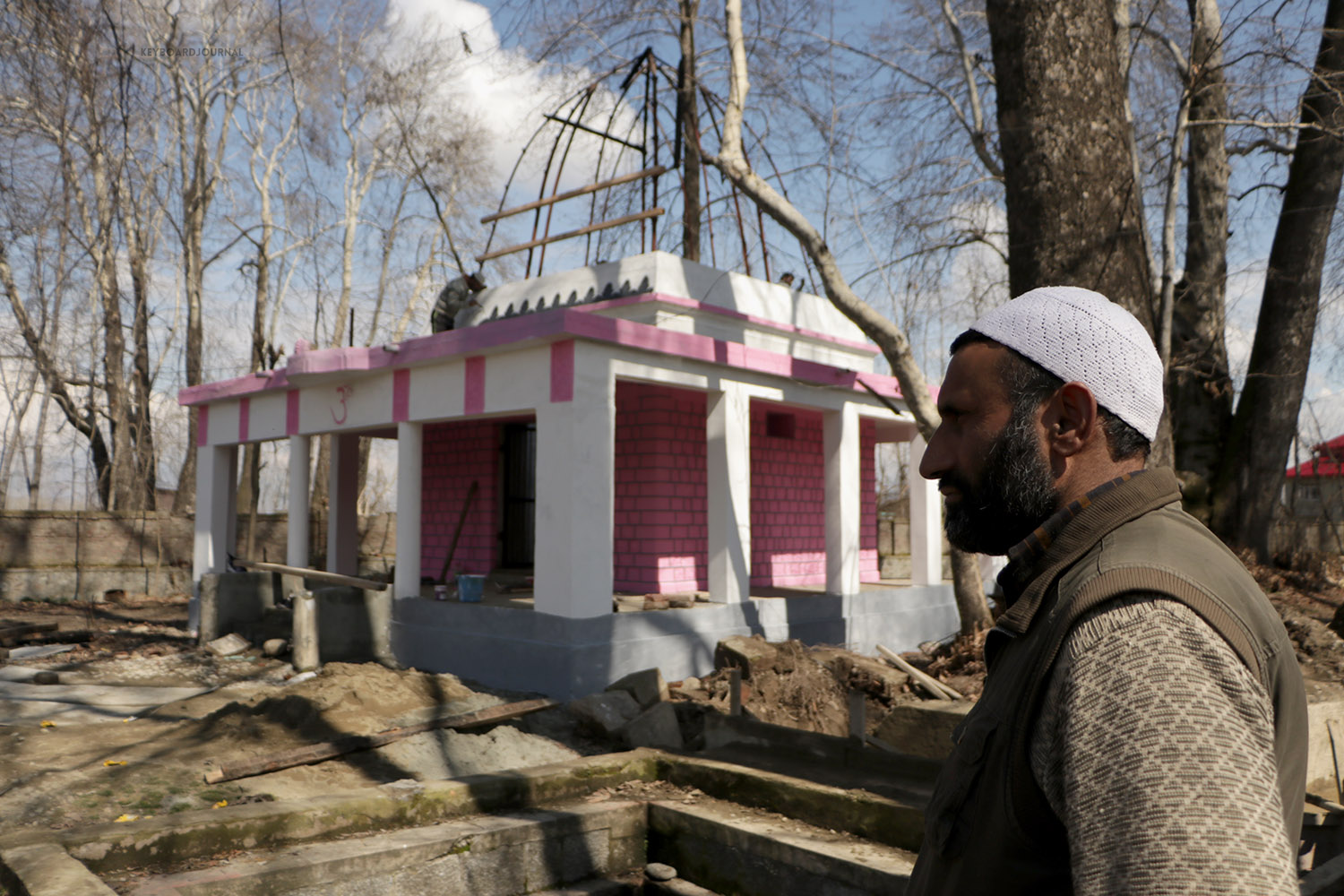 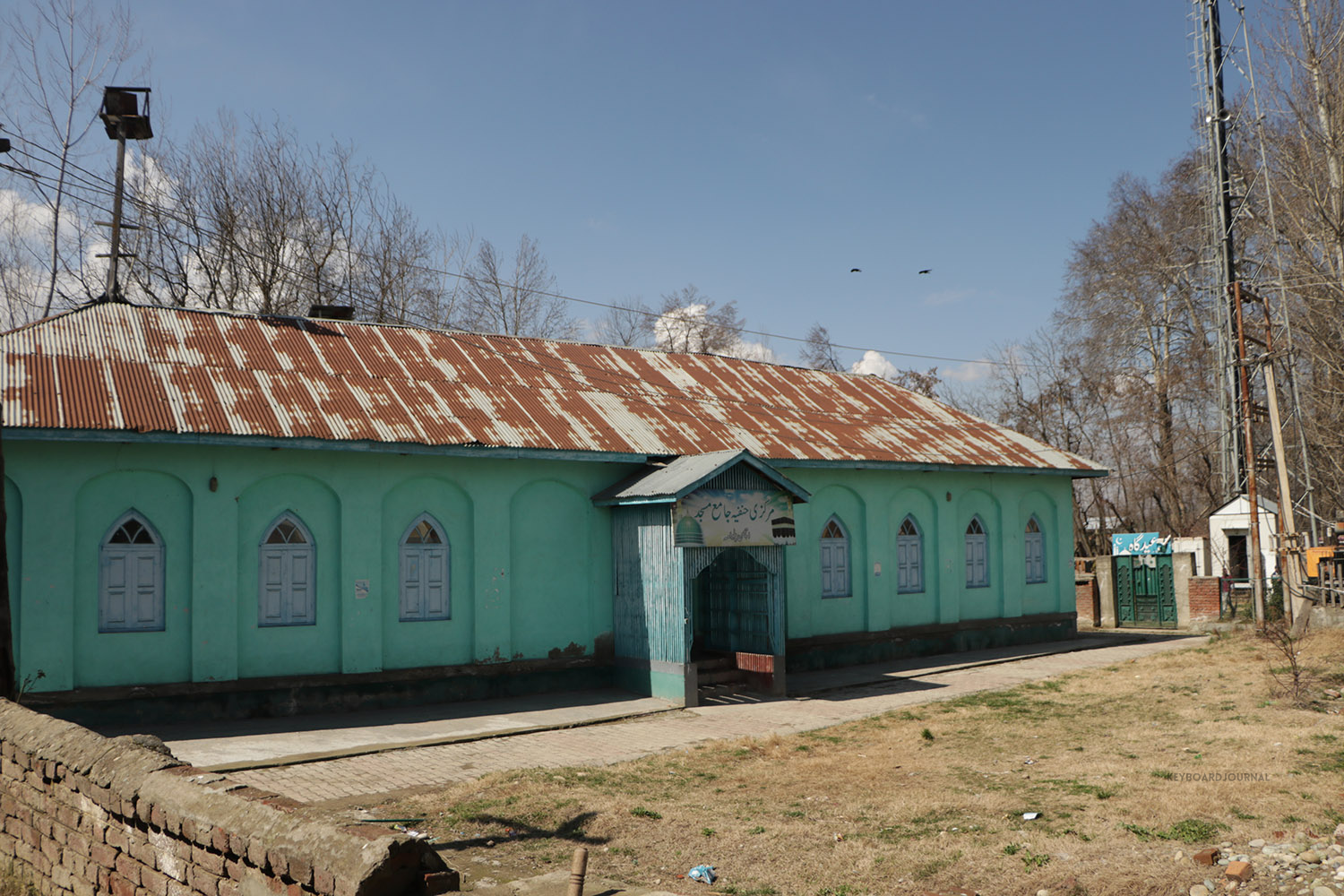