Braving snow and freezing conditions thousands of mourners participated in the funeral of eight local militants killed in three separate encounters in last three days. The three encounters happened in the residential houses in southern and central Kashmir. 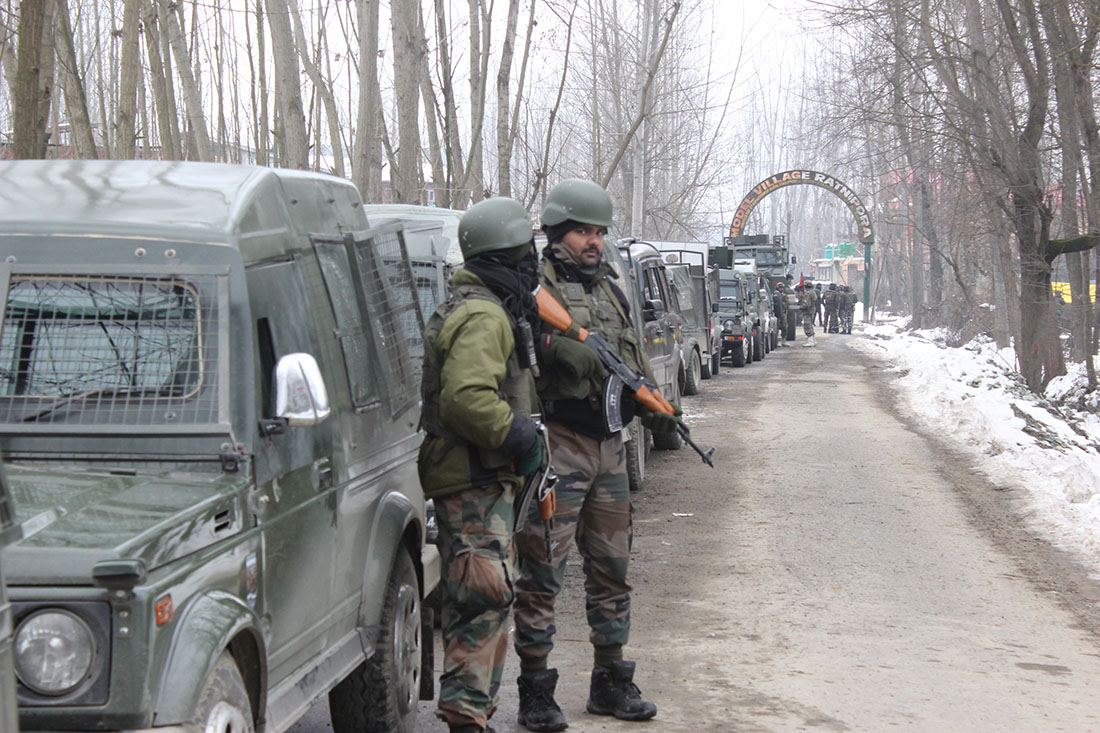 Two army personnel were also killed in the gunfights. Besides, One para-commando also received serious injuries.

On Sunday security forces killed five militants belonging to HM and LeT Outfits in a gunfight that raged in Kellam Devsar area of Southern Kulgam District. In another encounter, a militant was killed in Ratnipora area of District Pulwama on Wednesday. in addition, a nocturnal gunfight between militants and security forces lead to the killing of two more militants in Central Kashmir’s Wathoora area. 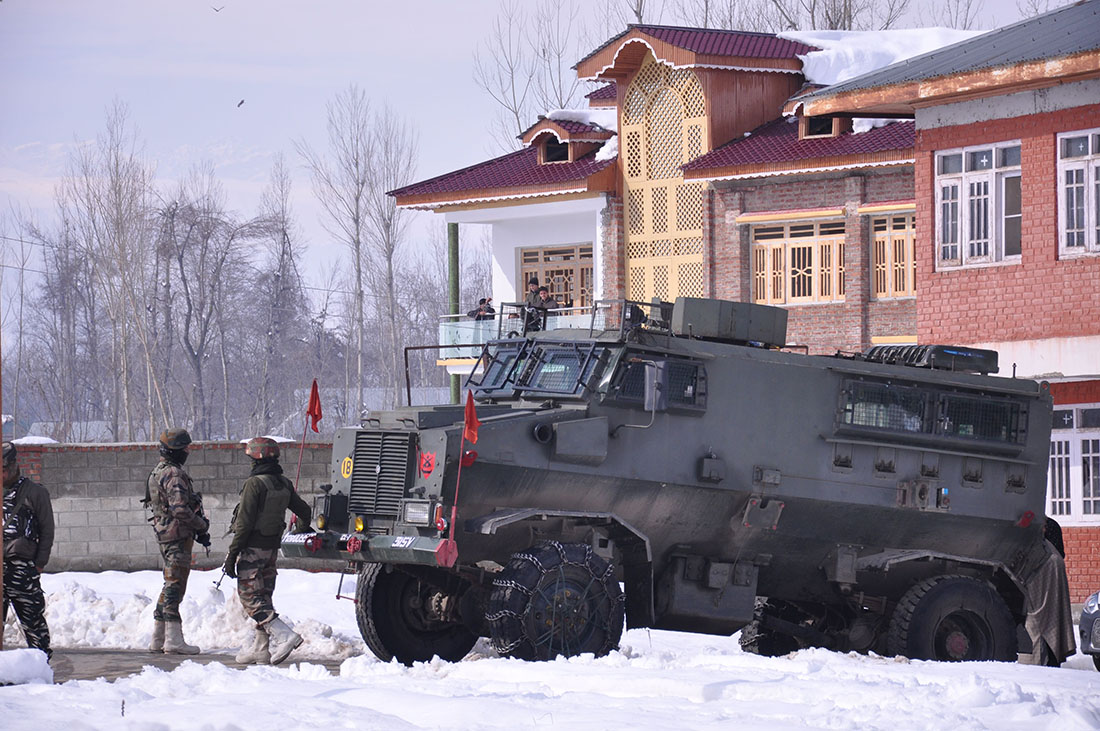 Following specific information about the presence of militants the Cordon and Search operation was launched in the respective villages. As the forces intensified the searches and zeroed in on the suspected spot, the militants opened fire on them triggering off a gunfight. 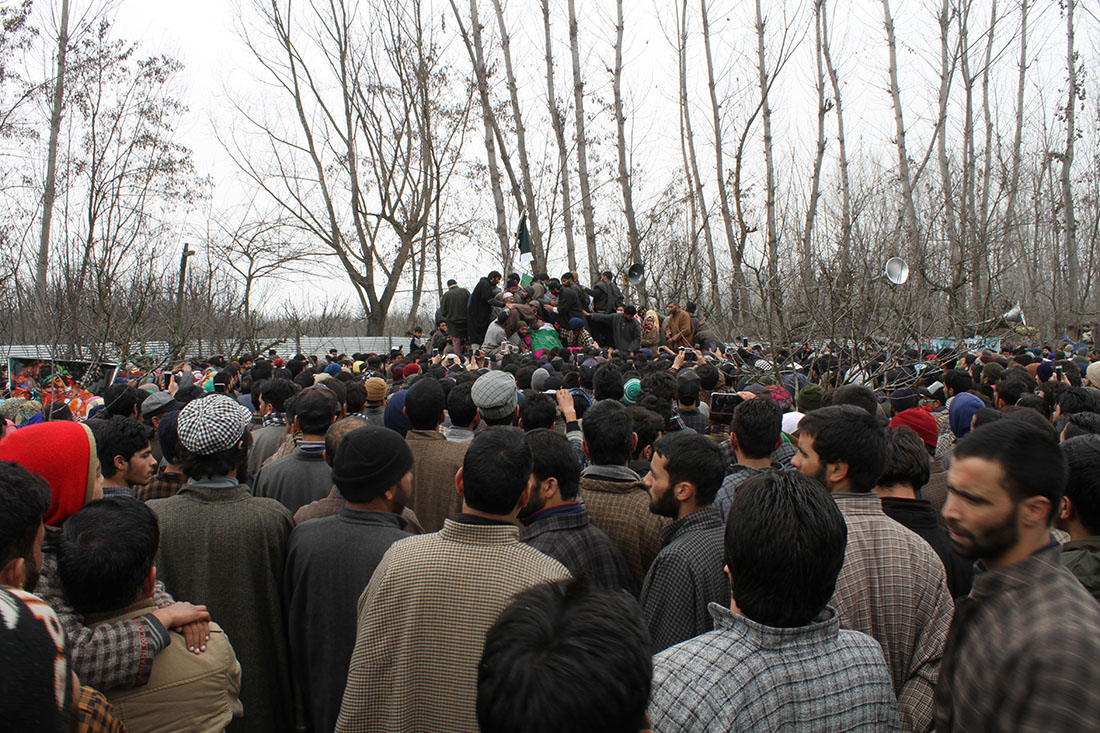 The CASO and subsequently killing of the militants triggered clashes near the encounter site and its adjacent areas. The joint team of police and paramilitary troops used force to quell the protests leaving several protestors injured. 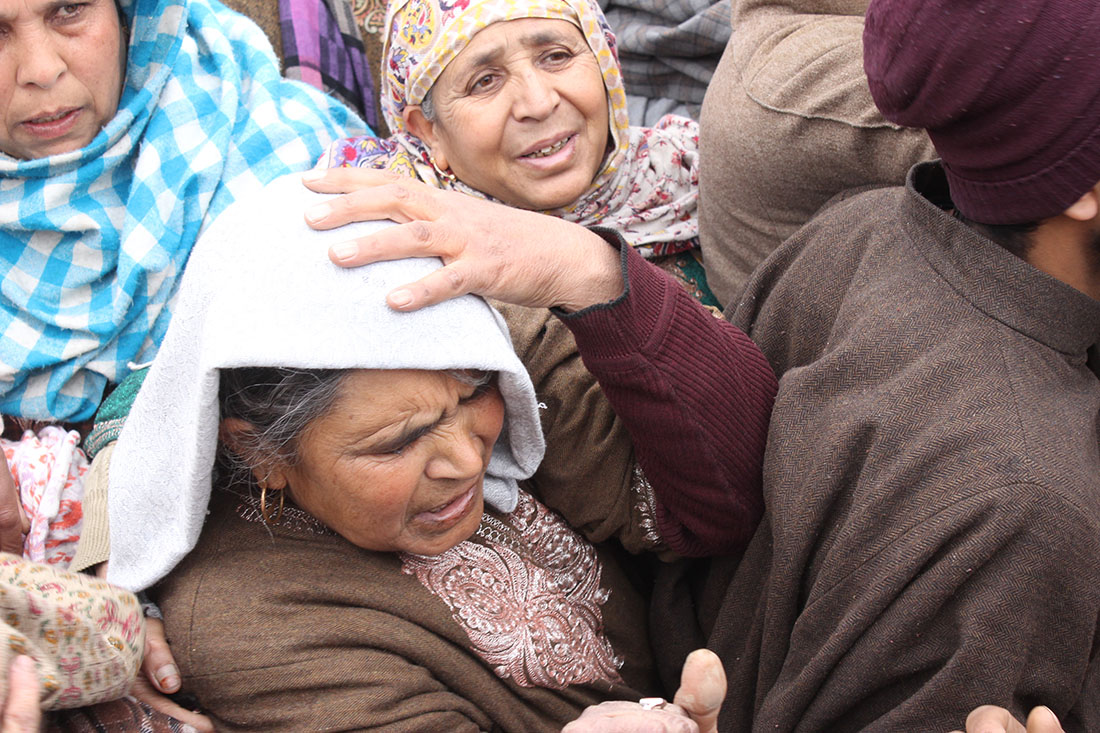 women at the funeral of Hilal Ahmed in Pulwama

undeterred by the cold weather people in thousands took part in the funeral prayers of slain militant Hilal Ahmed Rather killed in Pulwama Gunfight. 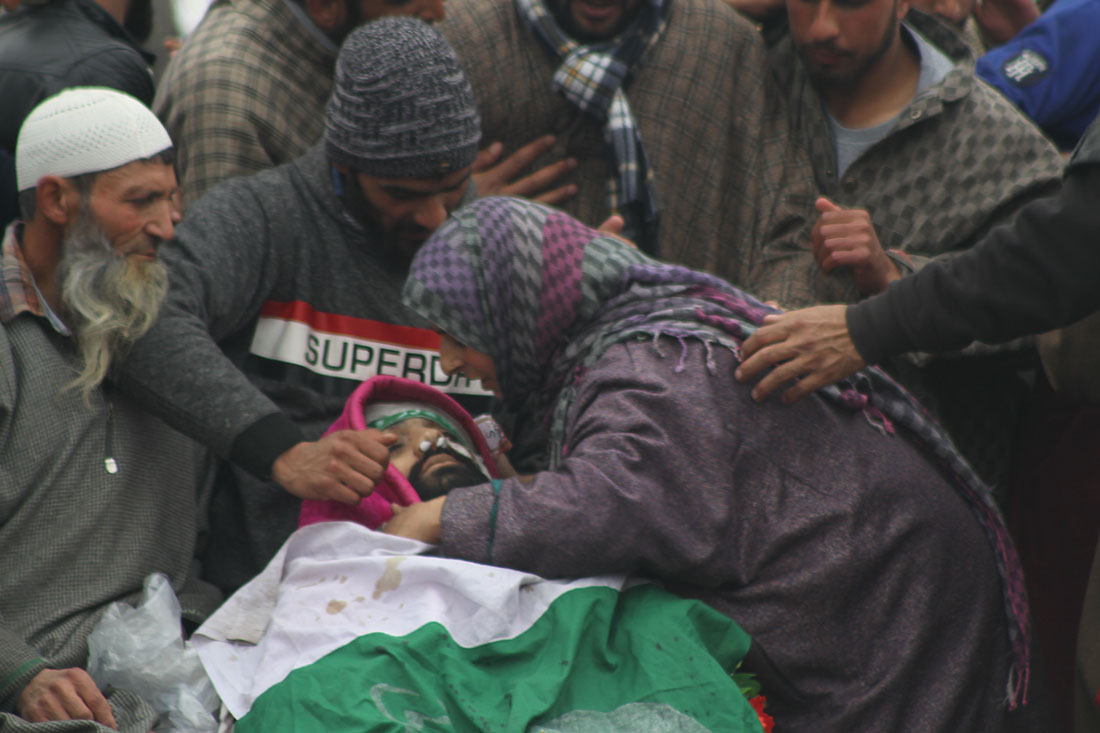 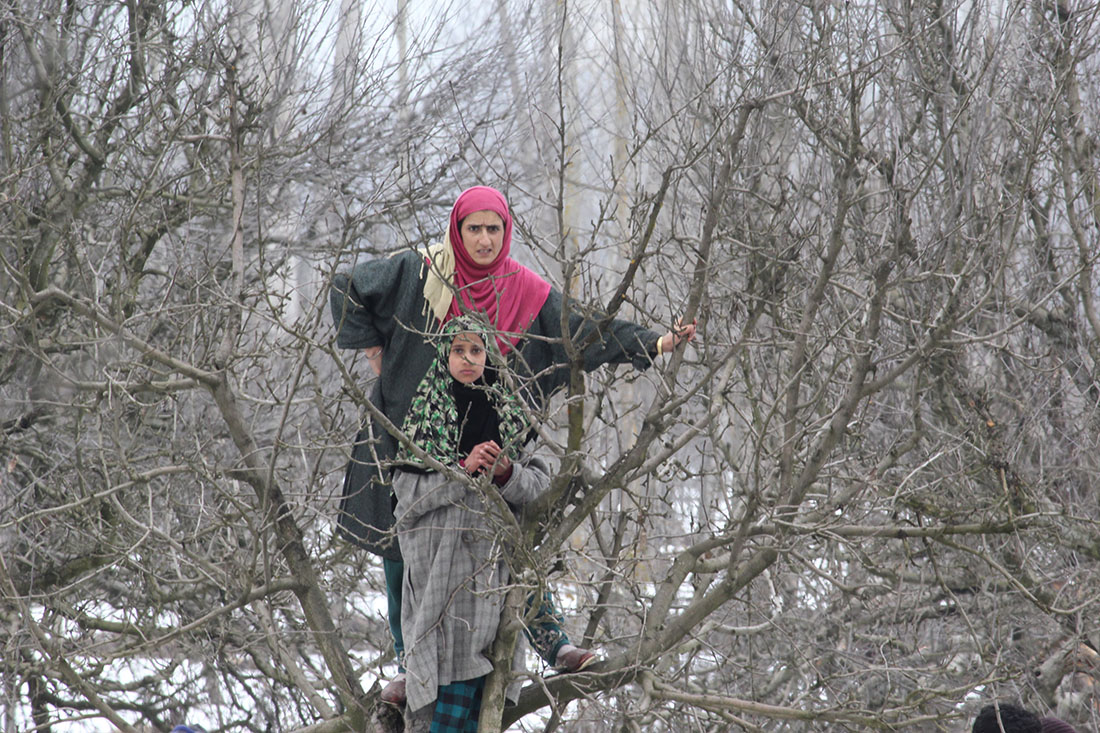 One of the militants killed, Waseem Bashir, was a Ph.D. scholar and his picture wearing a traditional Kashmiri cloak known feran and holding an AK-47 rifle was widely shared on social media in December last year.

Waseem had joined Militancy in May last year adding to the list of highly educated militants operational in the valley.