On August 5th, the central government lead team headed by PM Modi installed the first stones of Ram Mandir in Ayodhya. Following this, several incidents of communal aggression by the Hindu community members are being reported at various parts of CoVID 19 hit India. It includes hoisting saffron flag in a Masjid in North East Delhi.

On August 11, young Muslim men of Bengaluru’s Bairasandra gathered in front of DJ Halli police station as the police delayed registering their complaint against a derogatory comment posted on facebook by a local BJP member Naveen, who is also the nephew of Congress’s Pulikeshinagar MLA Akhanda Srinivas Murthy. Naveen’s facebook post was a content that criminalize Prophet Muhammed but that was exactly not the sole reason why the violence broke out in the area including burning vehicles, two police stations and the MLA’s under construction house. Around sixty police personnel are injured reports say. The attempts by Muslim leaders including SDPI’s Bengaluru district secretary Muzammil Pasha to control the mob went in vain, Pasha was soon arrested by the police.

Reports coming in from the locality show that the environment in the area was tense since August 5th. A report published in ThePrint says that the prime accused himself is a triggering reason for the violence Muslims in the area had resorted to. P Naveen who is arrested as per the complaint by Muslims of the area had distributed sweets to Hindus in Bairasandra following the Bhumi Pujan for Ram Mandir. A resident of Bairasandra is quoted by The Print saying he even went to Muslim houses with sweets. The resident finds it “as if he was provoking people”. 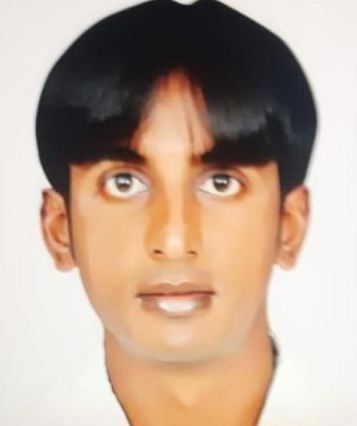 The report includes few posts by Naveen which intends to show Hindu-Muslim unity, and an innocent secular thought like any other Hindu hardliner would share, “to my Hindu and Christian friends, how does praising my religion and worshipping my god making me communal. Am I insulting any of your gods here?” Naveen’s father said he had burst crackers on the same day and he had warned his son of what he is committing but Naveen paid no heed. 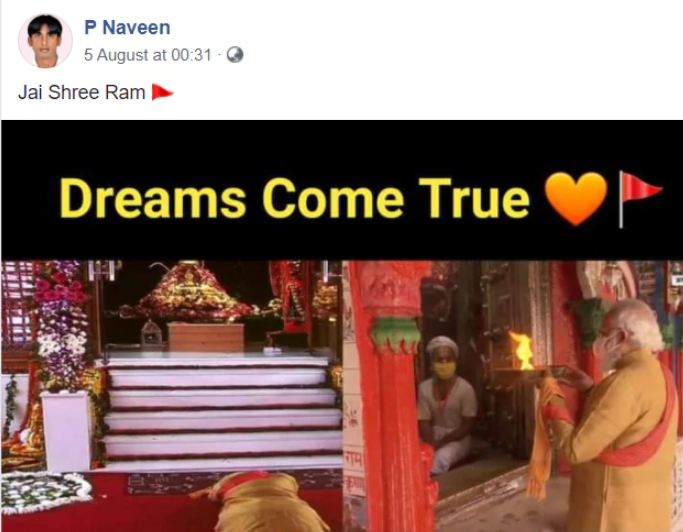 To police Naveen claimed that his facebook account was hacked and he didn’t post anything derogatory. He could use his phone while he was in police custody, as per a Kannada TV channel reports. The account is deactivated currently.

Three young men were shot dead on the day of violence and one succumbed to tear gas shell injury, in police custody. They are Sher Siddique (resident of Puttaswamy Garden), Waseem Pasha, Muhammed Yasin (residents of SK Garden) and Sayyed Nadeem (resident of KG Halli). Two of them were tested CoVID19 positive. Till August 17th, 264 arrests are made in this case. 143 (Unlawful assembly), 147 (rioting), 307 (attempting to murder), 332&333 (voluntarily causing hurt/ grievous hurt to deter public servant from duty), 353 (assault or criminal force to deter public servant from discharge of duty), 427 (mischief causing damage to amount Rs 50 or above) and 436 (mischief by fire or other explosive substance with intent to destroy house etc.) are the charges on the arrested men.

What happened in Kaval Bairasandra?

According to an official statement issued by SDPI on August 13 says that ‘blasphemy’ and police negligence was the reason behind Bangalore unrest. “When complaint was filed at 7 pm at DJ Halli police station, the police inspector and ACP said to wait for 2 hours. Even at 11.30 pm police didn’t arrest the culprit. This led to worsening the situation as the mob gathered at police station started enraging. The police resorted firing which took three precious lives. If the police would have acted responsibly, the untoward incident would have been definitely avoided.” The statement reads. SDPI condemns the police firing, as when the police could fire below the knee, they fired at the chest. SDPI state general secretary Abdul Hannan reiterated that the situation is the result of negligence of the police officers who back footed to take action against the communal culprit. Taking a dig at all the ongoing institutional imbalances against the Muslim community, Abdul Hannan terms the police action an attempt to shift the blame to SDPI.

On August 17, Karnataka chief minister BS Yedyurappa said that stringent actions have been initiated against the rioters including invoking UAPA. the government decided to assess the damage caused to public and private property and to recover the costs from the culprits. CM said that a Special Investigation Team will be set and the team would decide on the Goonda act to be invoked on the arrested. Karnataka state government also plans for a ban on SDPI and PFI and the matter will be discussed at the state cabinet meeting scheduled to be held on August 20. Panchayat and rural development minister KS Eswarappa said that the government was under pressure from various organizations to ban PFI and SDPI.

Reports from the violence hit area sites that ‘random arrests’ were made following the riots and those who were not even part of the violence were picked up by police teams. “My son is only 23-years-old and works at a call center. He was at home the whole night. At around 3.00 AM the police barged in our house and took him away with them stating that he was one of the suspects.”said Muhammed Shafiullah, father of an arrested youth as reported by Bangalore Mirror. Another woman resident is quoted by The Indian Express saying her brother who stayed indoors on the day of violence was picked up and there was no news about them after that. Similar arrests were made during the anti-CAA protests where three Muslims were shot dead by Mangaluru police on accusation of rioting, on their way back from prayers and work.

On August 18th, a local court remanded P Naveen on judicial custody. During the investigation he admitted that he posted the content on his own, a police official said.