The government on Thursday banned Jamat-e-Islami, a religio-political separatist organization, for five years in Kashmir, accusing it of supporting militancy in the region. 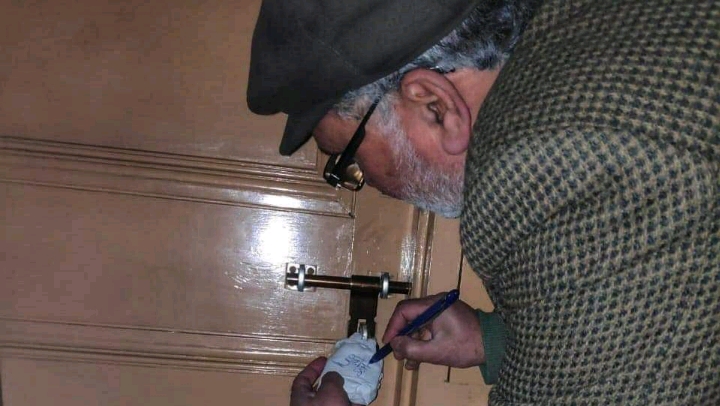 The central government imposed the ban under anti-terror law on grounds that it was “in close touch with Militant outfits” and “is expected to escalate secessionist movement.” 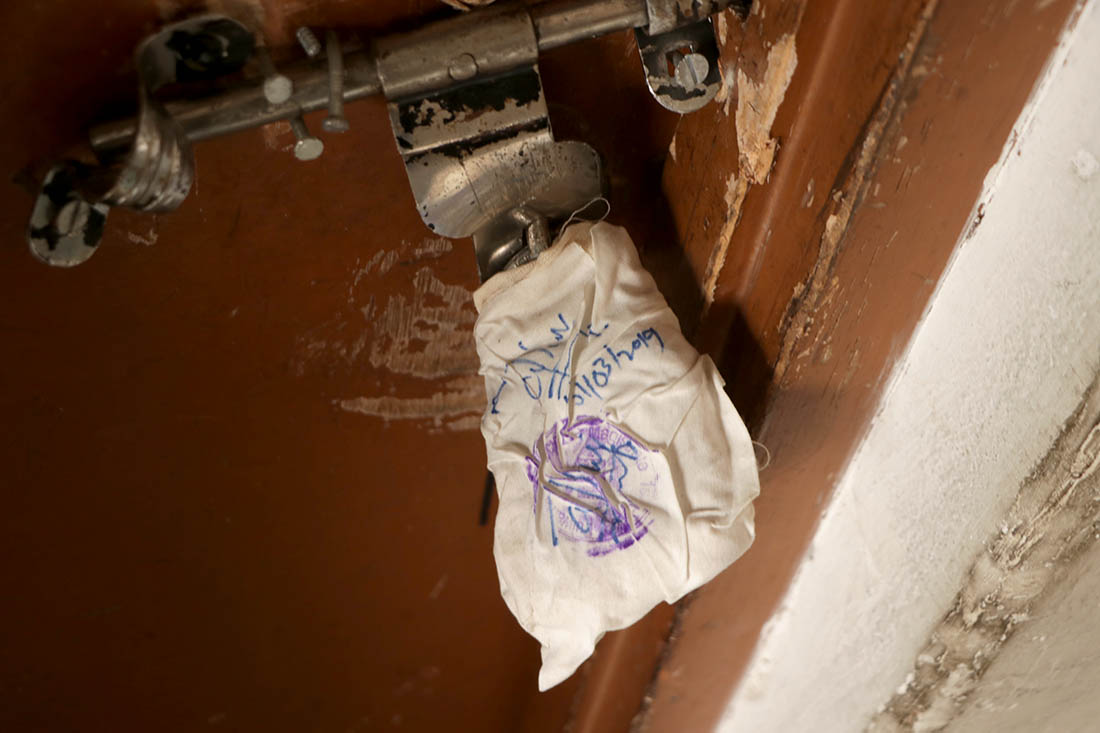 Soon after the ban, a massive crackdown on the outfit was carried in the Valley since last week. Around 150 leaders and activists of the outfit have been detained in raids at several places across Kashmir. Several properties, including residential houses, belonging to various JeI leaders and activists were sealed in many areas of the city and elsewhere in the Valley. 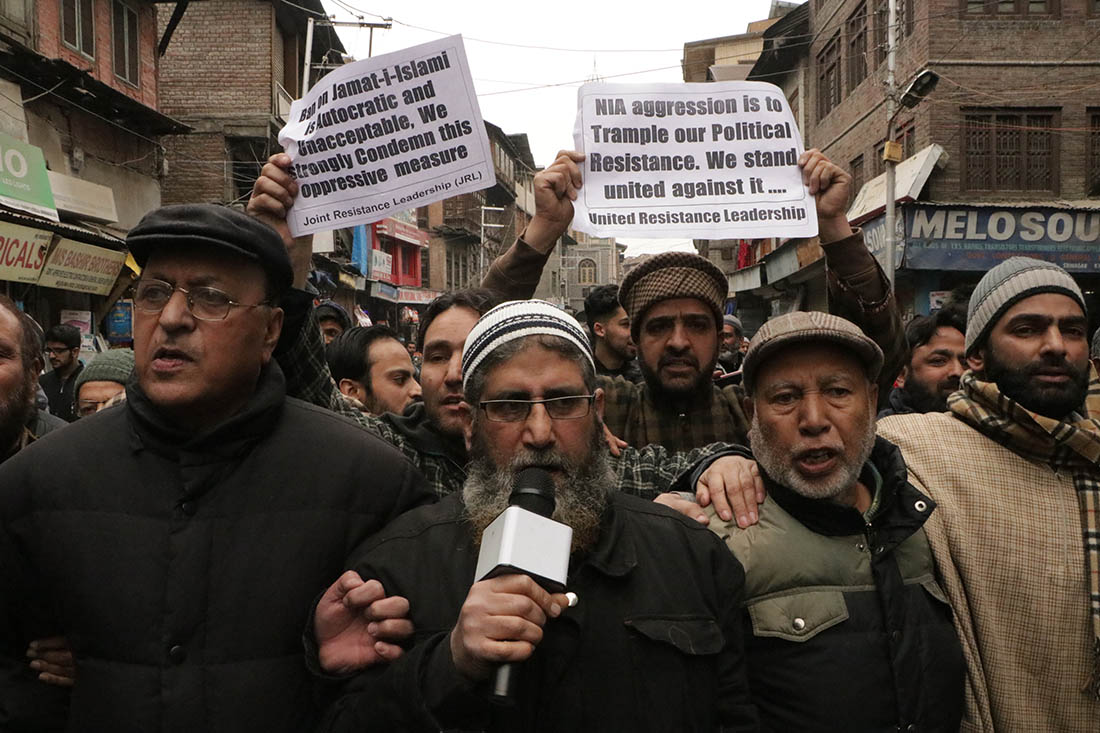 Following the suicide bomb attack that killed 49 paramilitary personnel on February 15, authorities launched a major crackdown on the Jama at activities and its leaders, arresting at least 300 of its members.

Before engaging with the separatist politics the JEI participated in the elections for more than two decades after its creations in 1942. However, its stance changed with the onset of militancy in 1989. It is the third ban to be imposed on JEI after it took to separatists politics. 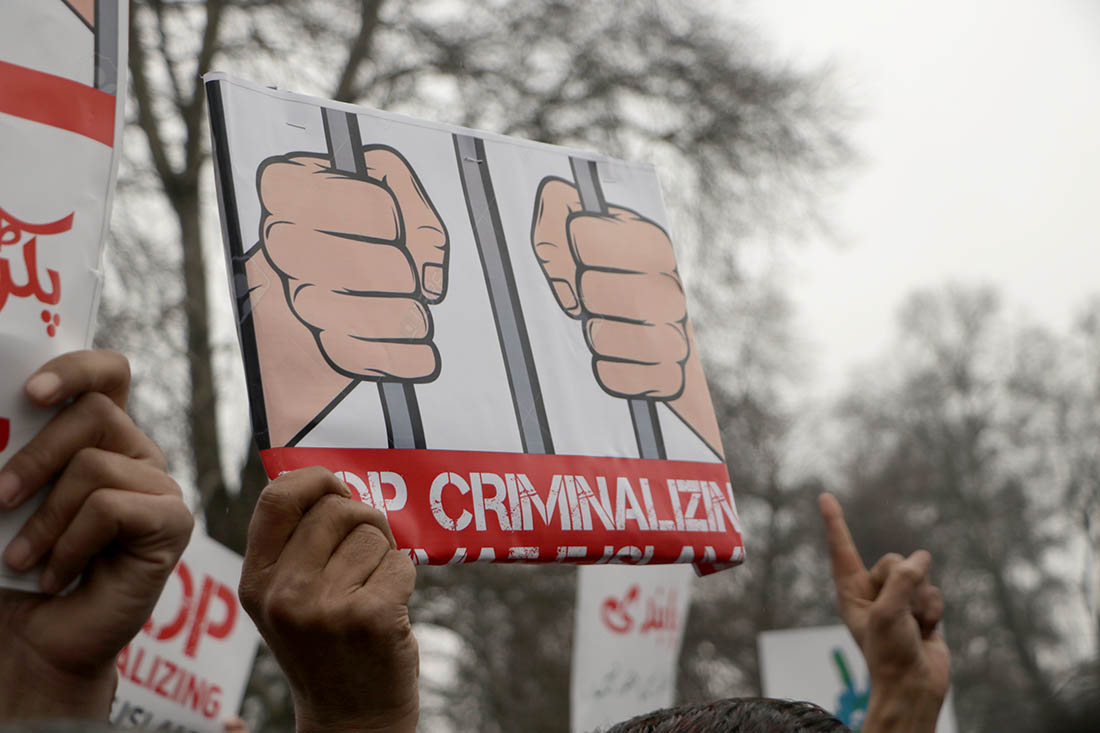 The JI was first banned in 1975 during the emergency for opposing the Indira-Abdullah accord that finally brought back the National Conference (NC) founder, Sheikh Muhammad Abdullah, into mainstream politics.  The organization was again banned by the central government headed by VP Singh in 1990. That order was revoked in 1993 by the P.V. Narasimha Rao headed Congress government. 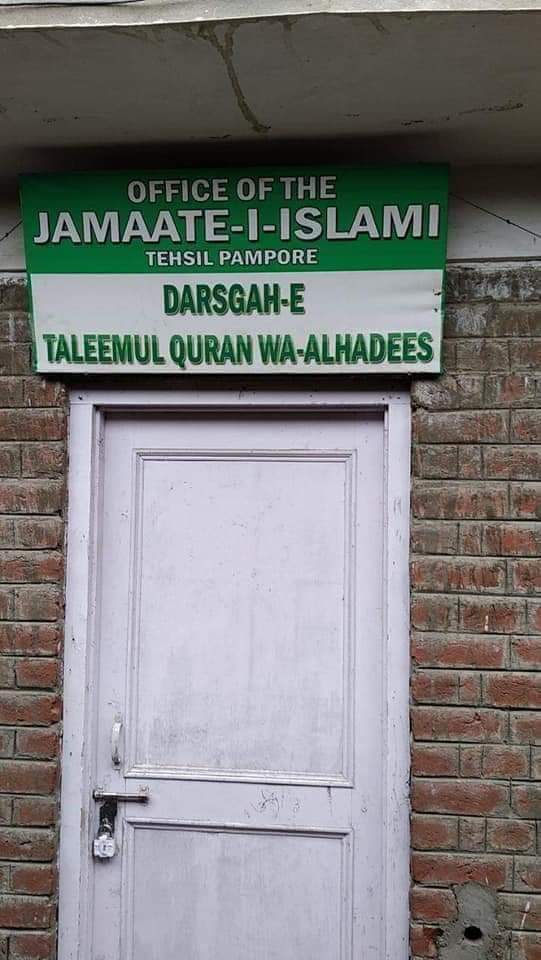 The government in a statement declared JEI as an”unlawful association.”If the unlawful activities of JeI are not curbed and controlled immediately, it is likely to escalate its subversive activities including an attempt to carve out an Islamic State out of the territory of Union of India by destabilizing the government established by law,” the statement said. 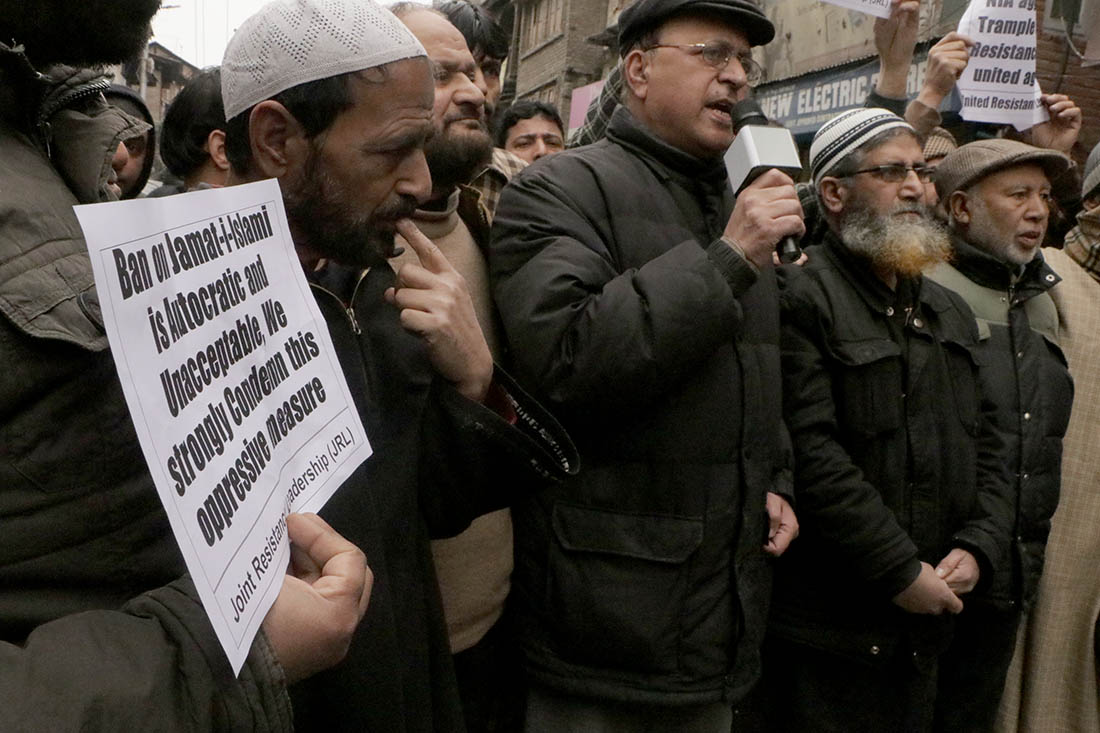 People across the political divide condemned the ban

However, leaders from both mainstream and separatist political parties have criticized the ban. In a statement, the Jamaat-e-Islami termed the arrests a “well-designed conspiracy to pave way for further uncertainty in the region”. 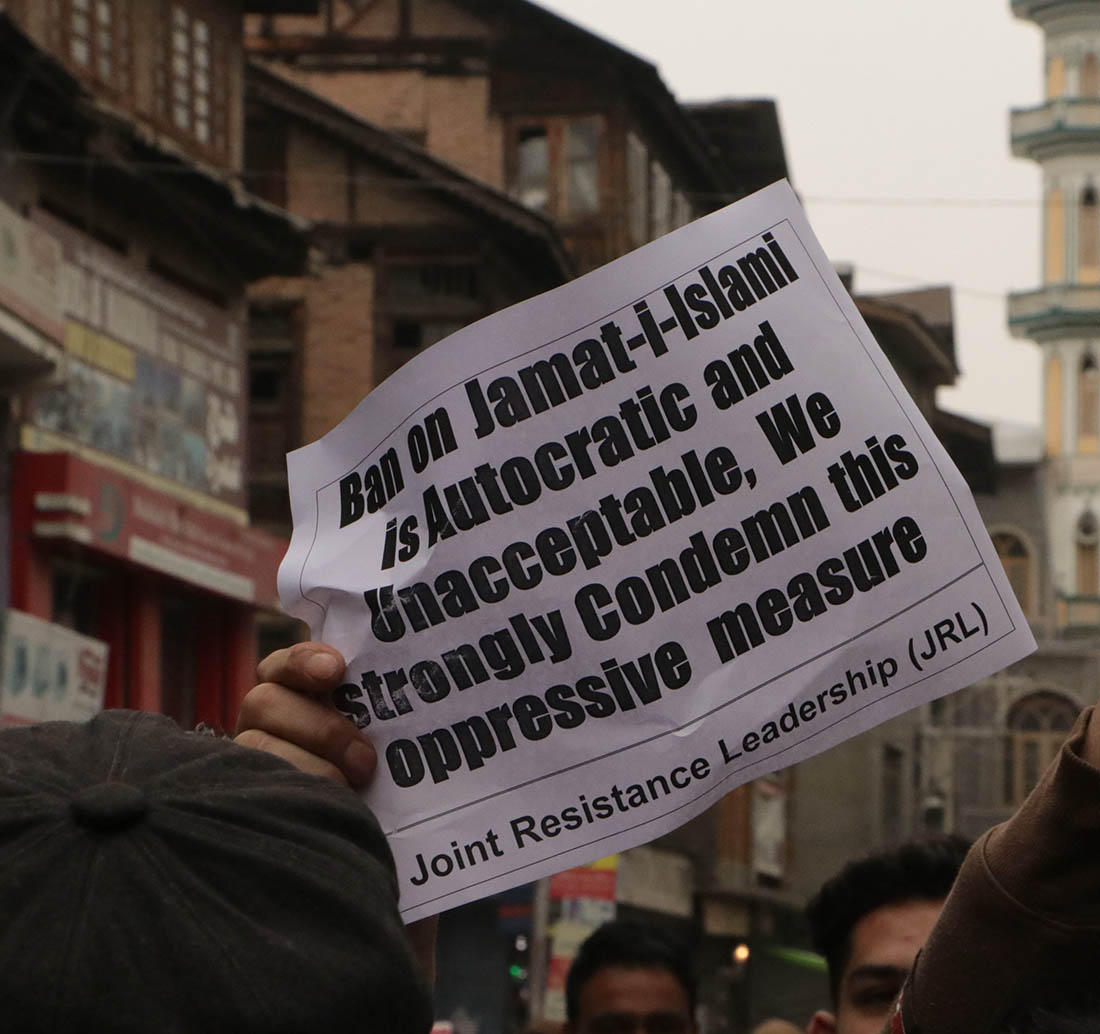 Former Chief Minister of  State, Mehbooba Mufti said in a tweet: “Democracy is the battle of ideas. The crackdown followed bya ban of Jamat-e–Islami is condemnable, another example of high handedness and muscular approach of GOI to deal with the political issue of Jammu and Kashmir.” 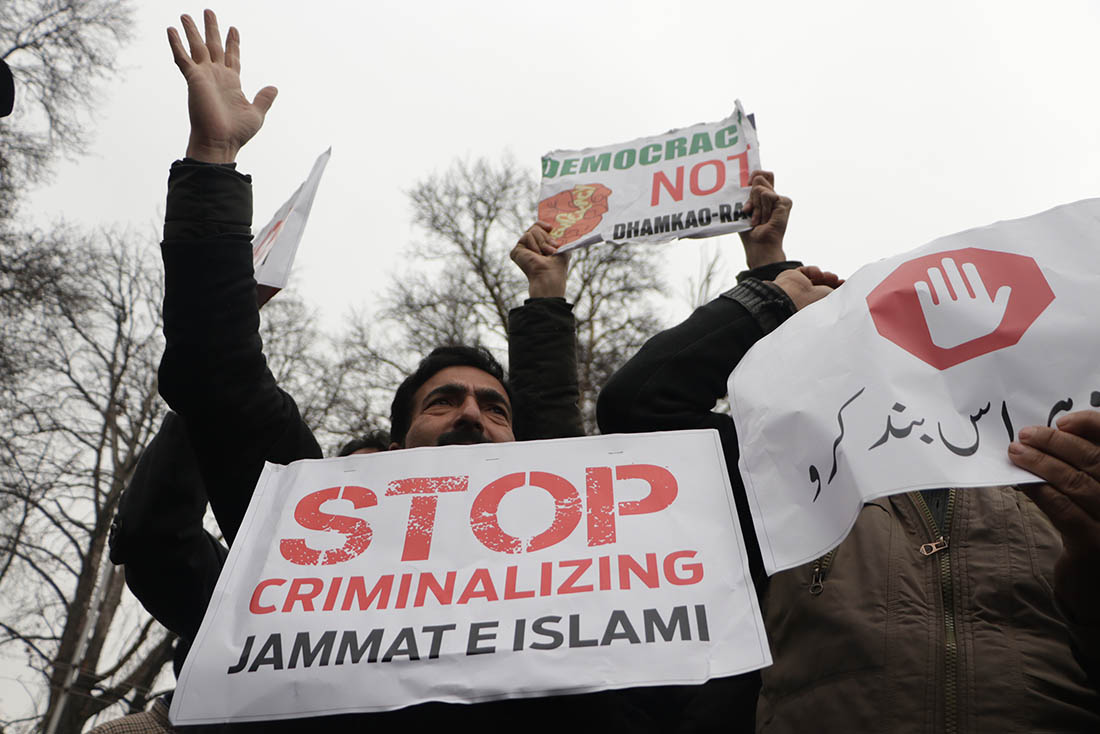 National Conference General Secretary Ali Mohammad Sagar said the Centre’s decision to ban the group will impede the process of reconciliation in the state and demanded that the ban be revoked. 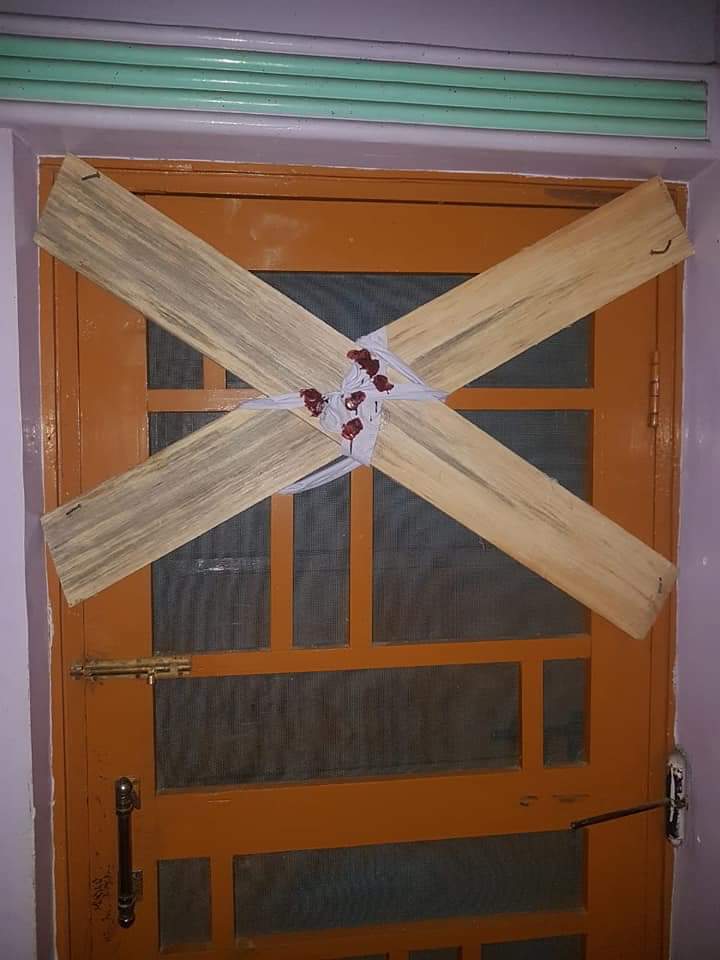 “By ideologies, we mean a specific mindset. It has been tackled by arguments. By banning JeI, the government will achieve nothing but give it a dissident glamour. The move will not help; it will rather impede the process of reconciliation and rapprochement in our state.” He said it does not do well for a democracy to ban socio-political outfits. 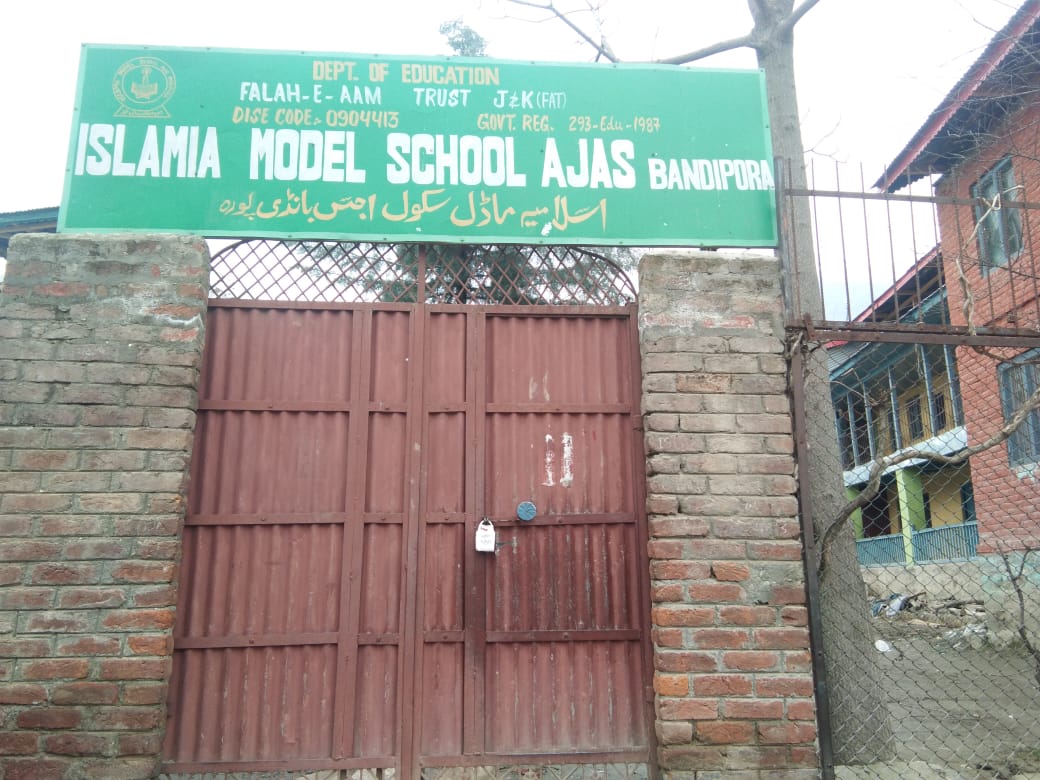 People’s Conference Chairperson Sajad Gani Lone, a former ally of the Bharatiya Janata Party, said “True test of democracy lies in allowing space to opposing political thoughts and ideologies rather than putting a cage around people with a certain political orientation,” he said, while calling for a revocation of the “unfair ban”.