On January 11, students of Aligarh Muslim University marched with their hands chained together, seeking the release of all those who are arrested during the anti-CAA protests all over the country.  The march began from Chungi gate and took to Baba Syed. A women’s march sending solidarity to the protesting students of JMI, JNU and BHU was also held.

In a press statement released on the same date, the student collective of Aligarh Muslim University refers to the expose of the ABVP mob by India Today. the targeted attack on Muslim students, specifically Kashmiri Muslims indicates the entrenched hatred against Muslims, Kashmiri Muslims in specific. Rooms of Kashmiri Muslims and BAPSA members and Dalit students were marked and targeted on January 5th. 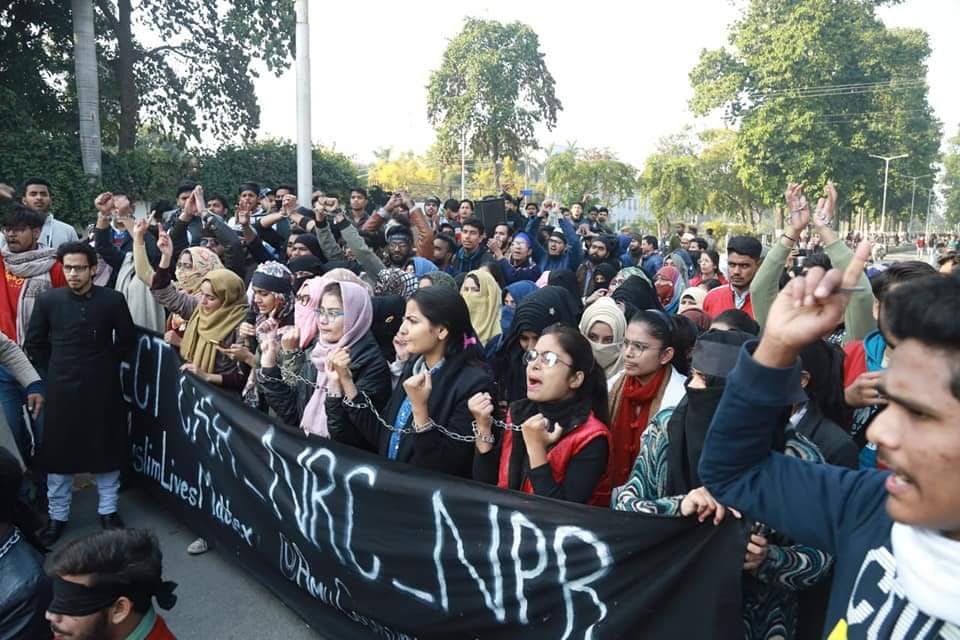 In the statement, there is reference to former AMU vice chancellor Lt.Gen.Zameer Uddin Shah’s statement to mention how the Indian state machinery had always been Islamophobic. In a recent interview Shah said, “I pointed out that the guardians of the law had become totally communalized and the treatment meted to the students was brutal and unwarranted”. He said that a similar situation was there during the 2002 Gujarat genocide, when his division was sent to Ahmedabad to quell the violence. This clearly indicates that Islamophobia is deeply entrenched in the Indian state and its machinery. The student community call upon the stakeholders, specially protesters involved in the ongoing agitation to take note of this. 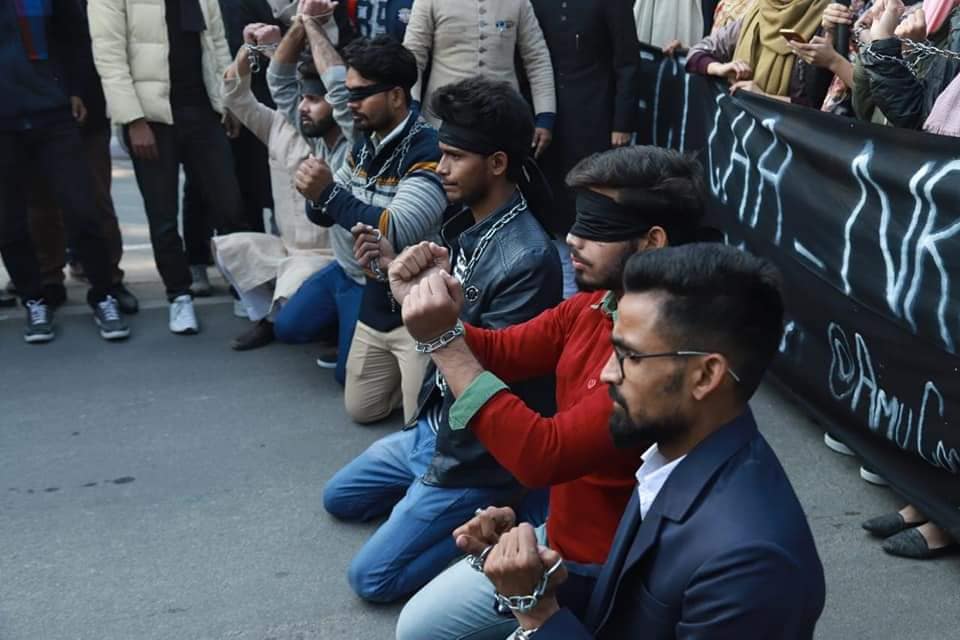 Students of Aligarh Muslim University also expressed solidarity with the protesters throughout the country who has held on to the protests despite the brutal state repression. The student community called upon all the student bodies and civil society groups to work together in a coordinated manner along with maintaining original character of Muslim identity assertion.

The university is going to reopen in a phased manner.  Five former students of the university were booked under goonda act alleging that they were creating violence in campus in the month of December during protests against Citizenship Amendment Act. Protests and campaigns are ongoing to revoke the charges on these students.

As per the demand made by university vice chancellor Tariq Mansoor, the district administration has agreed to provide additional security to him. In a letter to various authorities, Tariq Mansoor alleged that he is facing threats from the protesting students.

Previous post: “Hindu India must have to answer if anything happens to Chandrasekhar Azad, Opposition must intervene”; KK Baburaj
Next post: Police officers who killed Nousheen and Jalil will have to face Supreme Court; PFI Karnataka state president Mohammed Saqib