On August 10, 2019 it turns two years for the controversial ‘oxygen tragedy’, death of around hundred Japanese encephalitis affected children at Baba Raghav Das memorial medical college, Gorakhpur, Utharpradesh. Dr. Kafeel Khan who rushed to the hospital by knowing that there is a stoppage of oxygen cylinders in the japanese encephalitis ward and arranged cylinders at his own risk to rescue as many lives as possible. 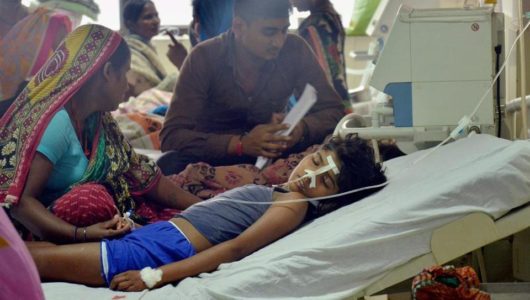 It turns two years of his suspension too. The suspended assistant professor of paediatric department calls it an institutional massacre since the government is the accused in this case. All dead are children from underprivileged sections of society. Such deaths still continue in BRD medical college. Many reports have already exposed the unhygienic environments inside BRD medical college. 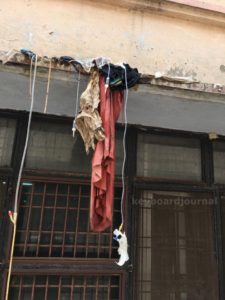 In 2019 January the National Green Tribunal and UP Pollution Control Board had ordered the UP government to pay 6 crores as fine. 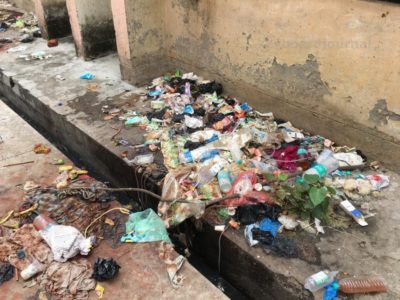 When Indian Medical Association announced a national strike on Monday in protest to the attack on a resident doctor in Bengal by the relative’s of a patient who died in hospital. Dr Kafeel tweeted to IMA to pay some attention to his case too, specifically when he is suspended by the state for almost two years now. There was no mass, national strike called for Dr Kafeel Khan when he was arrested twice. The second arrest was when he was at Bahraich disctrict hospital where around fifty children affected by Japanese encephalitis died in a day. This arrest was mostly misreported by the national media.

“There is so much controversy again, they were almost silent on my arrest. They came to meet me in jail on April 2018, just ten days before my release. After that they again disappeared, I wrote a letter in November 2018 and in January 2019, requesting them “please help me out”, there was no response. I have written a letter today also. They didn’t say anything when Dr Payal Tadvi committed suicide. These sort of attacks happen on doctors everywhere in a daily basis. They didn’t react at all. But with this they all have aggressively came out and the worrying thing is they have declared a nationwide strike on Monday, now on 17th they are closing the emergency services also all over india. This is going two steps ahead. When the Modi government imposed clinical establishment act they didn’t open their mouth. The Modi government had come up with the clinical establishment act which says that there would be polyclinics only in India, a pediatrician can’t open a hospital, it should work as a corporate hospital only. They put up with Modi, they wore black band and worked.  It is already one year since my brother was shot, no arrest, no investigation, no charge sheet. We moved the high court seeking CBI enquiry.

Dr Kafeel in a recently published video said that he is with the doctors’ protest from the beginning. He requests to IMA to look into his case too.

In the latest letter Dr Kafeel has sent to IMA he says,
“This the continuation letter I sent you on 05/01/2019.
With all due respect, I , Dr Kafeel Khan (Suspended Lecturer, Dept of paediatric ,B.R.D. Medical College, Gorakhpur) want to draw your kind attention towards the suffering and trauma, me and my whole family is going through for the last 2 years (Since august 2017).
BRD oxygen tragedy happened on 10th August 2017, which killed many children. The reason was stoppage of supply of liquid oxygen due to non-payment of dues to vendor.
To hide Government failure I was made scapegoat and imprisoned for nine months, though I, left no stone unturned in saving the lives of kids on that day.
Honorable Allahabad High court categorically stated that there is no evidence of medical negligence against me and I was nowhere involved with oxygen tender. In recent RTI government has accepted that there was shortage of liquid oxygen for 54 hours in BRD medical College on 10 ,11, 12 th of August 17 and Dr Kafeel Khan indeed arranged jumbo oxygen cylinders to save dying kids.
Even in High Court affidavit, U.P. Government has accepted shortage of oxygen supply. Honorable High court in his judgment on 30th April 2018 observed that there was shortage of liquid oxygen due to abrupt disruption of liquid oxygen supply which happened due to non-payment of dues to the supplier.
After 9 months of hard times, emotional & physical turmoil, when I was trying to start from scratch they tried to kill my brother and what followed later was horrible, unacceptable, insensitive attitude of UP police as they tried their best to delay the emergency operation to remove the bullets for many hours which was necessitate to save his life.
It has been a year and investigation is heading nowhere, I wish both incident should be investigated by CBI to rule out any complicity of state officials in these incidents. We are financially broken after a long legal battle, suspension and hospital expenses. Hon’ble High Court in his order dated 07/03/19 has ordered UP government to finish the enquiry within 90 days that’s by 7th June 2019 and Hon’ble Supreme Court in his order dated 10/05/19 has ordered UP government to pay my all suspension allowances dues that is approximately 16 lacks. (Orders enclosed)
Now, my main concern is that government sponsored victimization of whole family is continued while I am struggling to survive, running from pillar to post for over 2 years now despite of high & supreme court order neither Uttar Pradesh government paying my dues nor revoking my suspension.”
Dr Kafeel had sent more than two letters to IMA before.
On the fifteenth month of suspension Dr Kafeel wrote to IMA. The letter was sent on January 5th of 2019. In the letter Dr Kafeel reminds IMA that he is struggling to go on with his life and he is economically and psychologically broken. “Fifteen months have passed and the enquiry is going on in spite of my regular follow up with the concerned department and many assurance from them.” 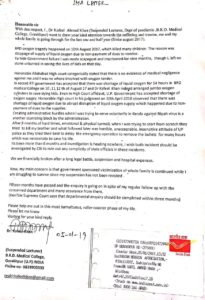 After the first arrest and release, Dr Kafeel Khan started campaigning against the inequality in access to public health facilities that exist in India with a special attention to Uthar Pradesh and Yogi Adityanath’s governance. All the claims of Yogi Adityanath regarding development in the health sector were proved wrong by local and national media already. On May 10, considering his petition he filed in March which seeks to revoke suspension, the Supreme court had asked the UP government to end the departmental enquiry on Dr Kafeel Khan and submit the report. The court asked the UP government to pay him the suspension allowance which is due for almost two years.

Dr Kafeel says the Yogi government is continuing institutional victimization despite all the court verdicts and demands. The government didn’t revoke the suspension, it is yet to pay him the suspension allowance as per the Supreme Court ordered it to pay. Notably, Dr Kafeel had been conducting japanese encephalitis screening camps all through Gorakhpur and other spots in UP where children who are the most vulnerable to this disease live in.