A pre-dawn air strike by the Indian Air Force inside Pakistan on Tuesday has ratcheted up the tensions between the two countries and possible retaliation from the Pakistan side has gripped the valley with the fear of war. 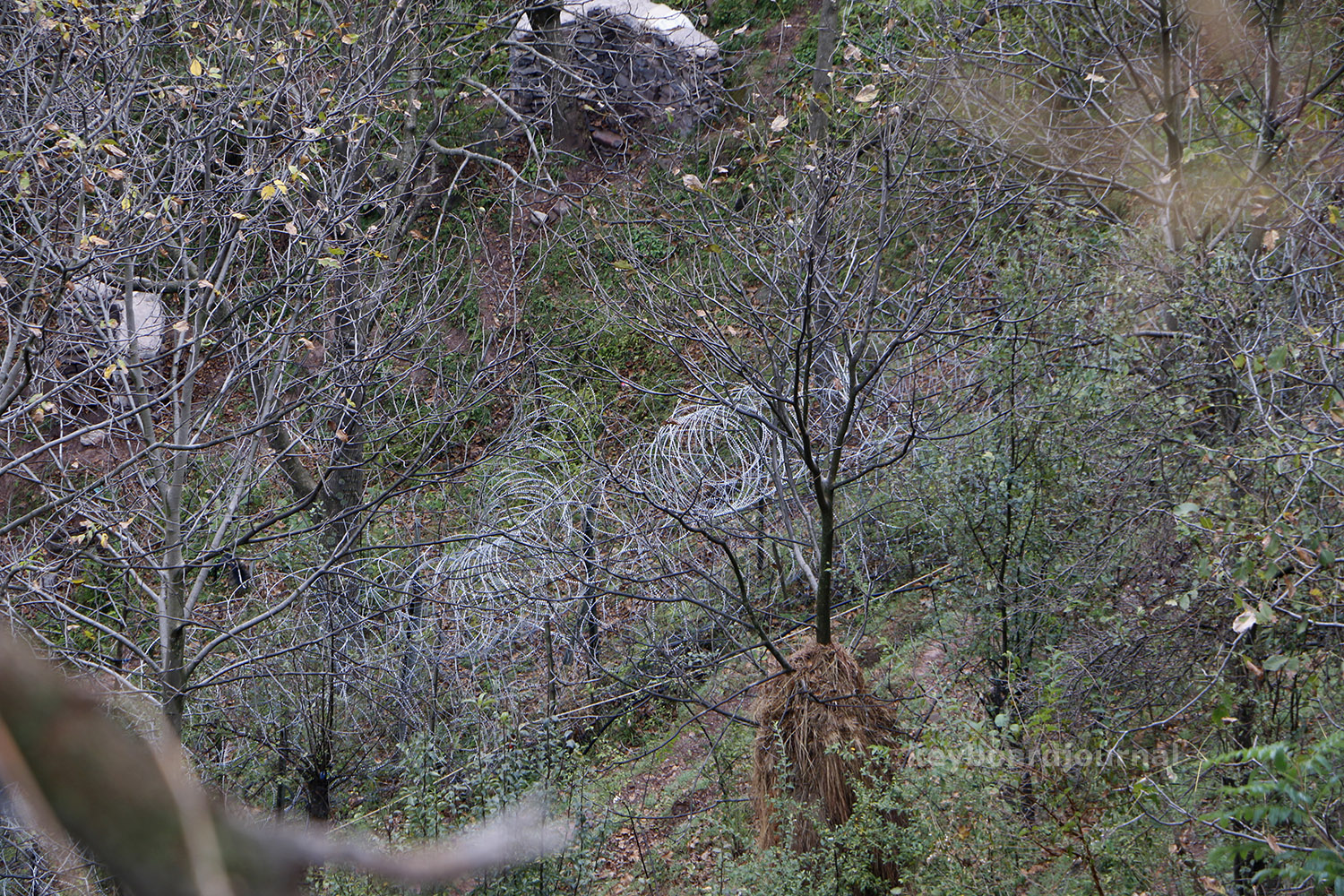 People are worried about Pakistan’s response to the air strike as they have vowed to “retaliate at the time of its choosing”.  Since Friday, The hovering of choppers and aircraft over the Kashmir sky has been worrying its residents as they were clueless about the purpose of their movement.  “We have not slept last night and we do not know whether we are going to wake up alive tomorrow. People are avoiding movement and hoarding essential items it’s a doomsday feeling. Can someone tell us what is happening here,” Shah Faisal, a politician tweeted on Saturday. 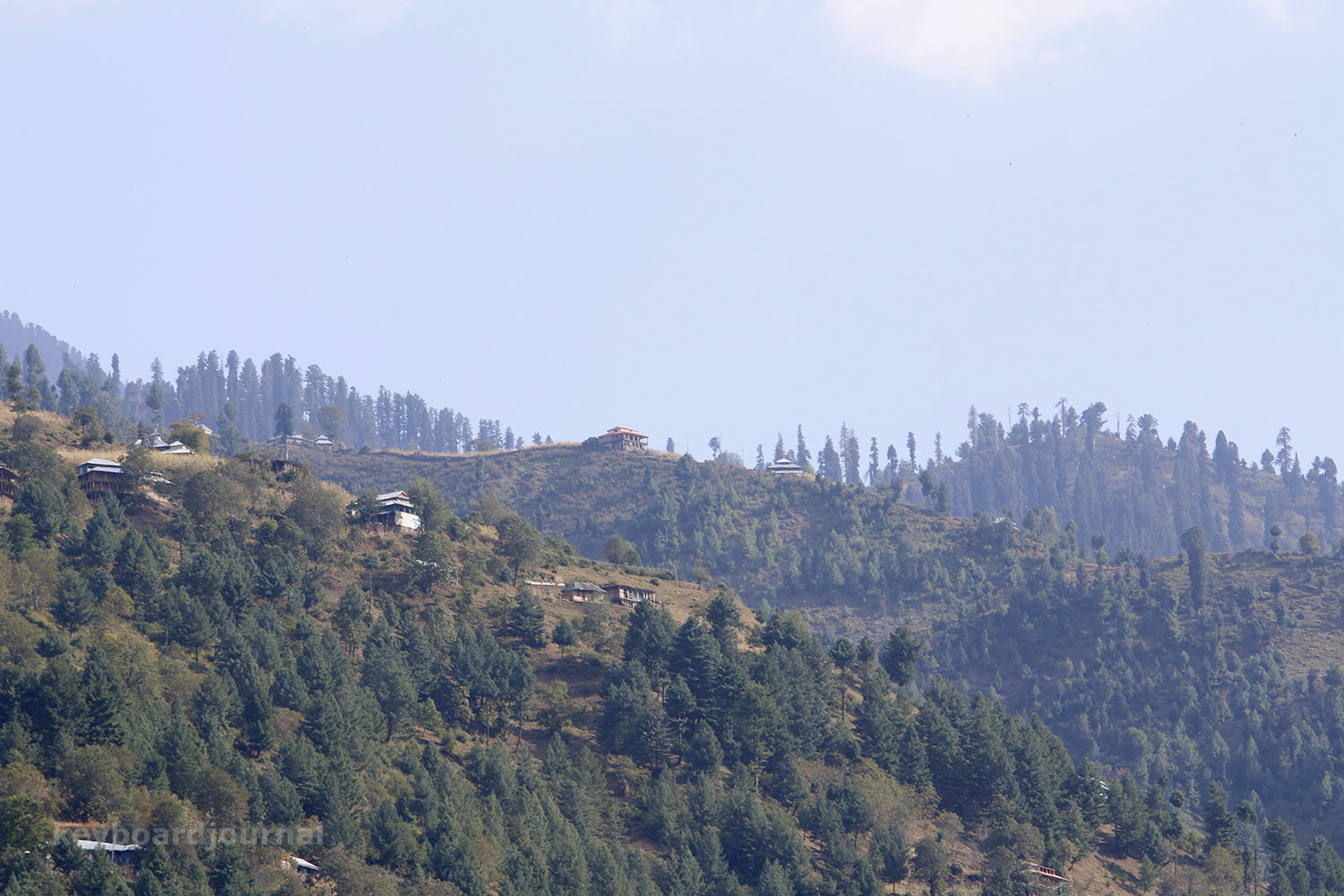 The  Indo- Pak tensions increased after a suicide car bomb attack on February 14 in which 49 paramilitary forces personnel were killed. Following the attack, the India government has given free had to its army and threatened to take stern action against Pakistan. The air strike has added to their worries.“No one knows what is happening. I have not slept for the last two days and woke up today with the news of air strike. No one is trying to de-escalate the situation and everyone is crying for war. it will only bring destruction,” Arif Rather, a local said. 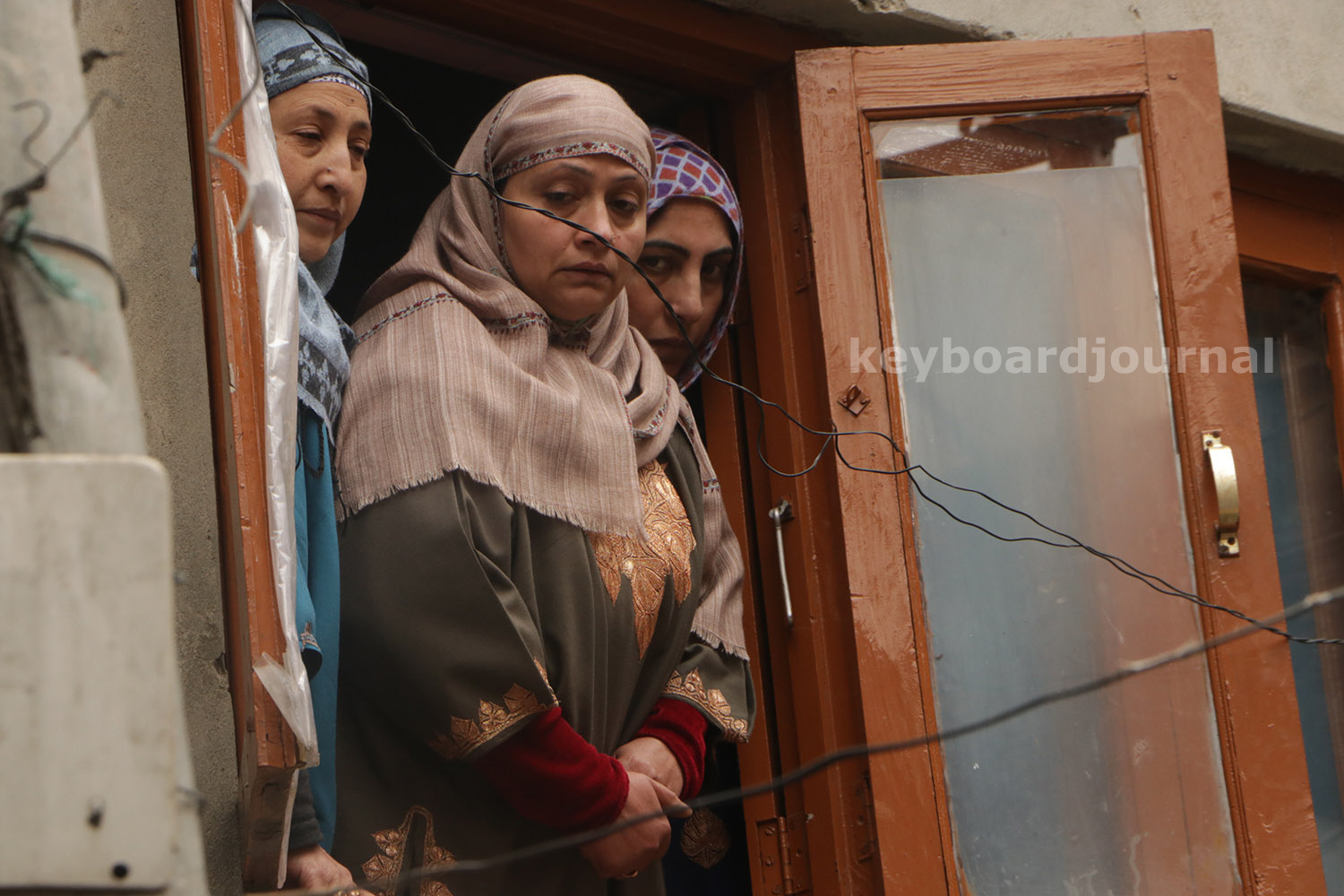 Another resident, Basit Ahmad, however, said that Kashmiris are fed up of everyday violence and bloodshed and it is better to settle the issue once for all, ” if the war ends our everyday sufferings, let it be. Whoever survives will live peacefully, afterward,” he said. 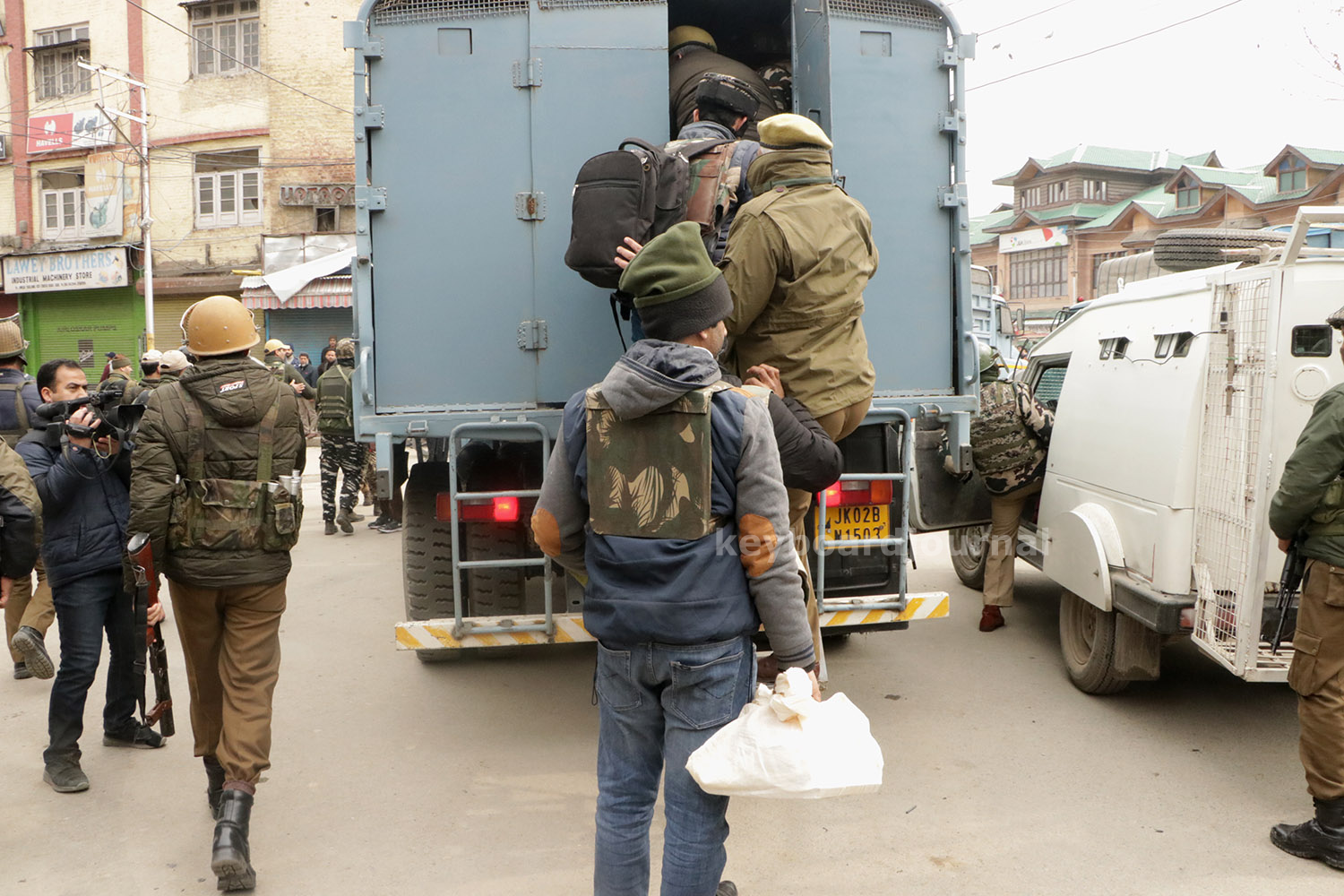 On Feb 28, the ministry of home affairs (MHA) has ordered for the additional deployment of 100 companies (nearly 10,000 troops) of paramilitary forces. This includes 45 companies of CRPF, 35 from BSF and 10 each from SSB and ITBP. Officially, no one has been able to provide reasons for such a massive deployment. 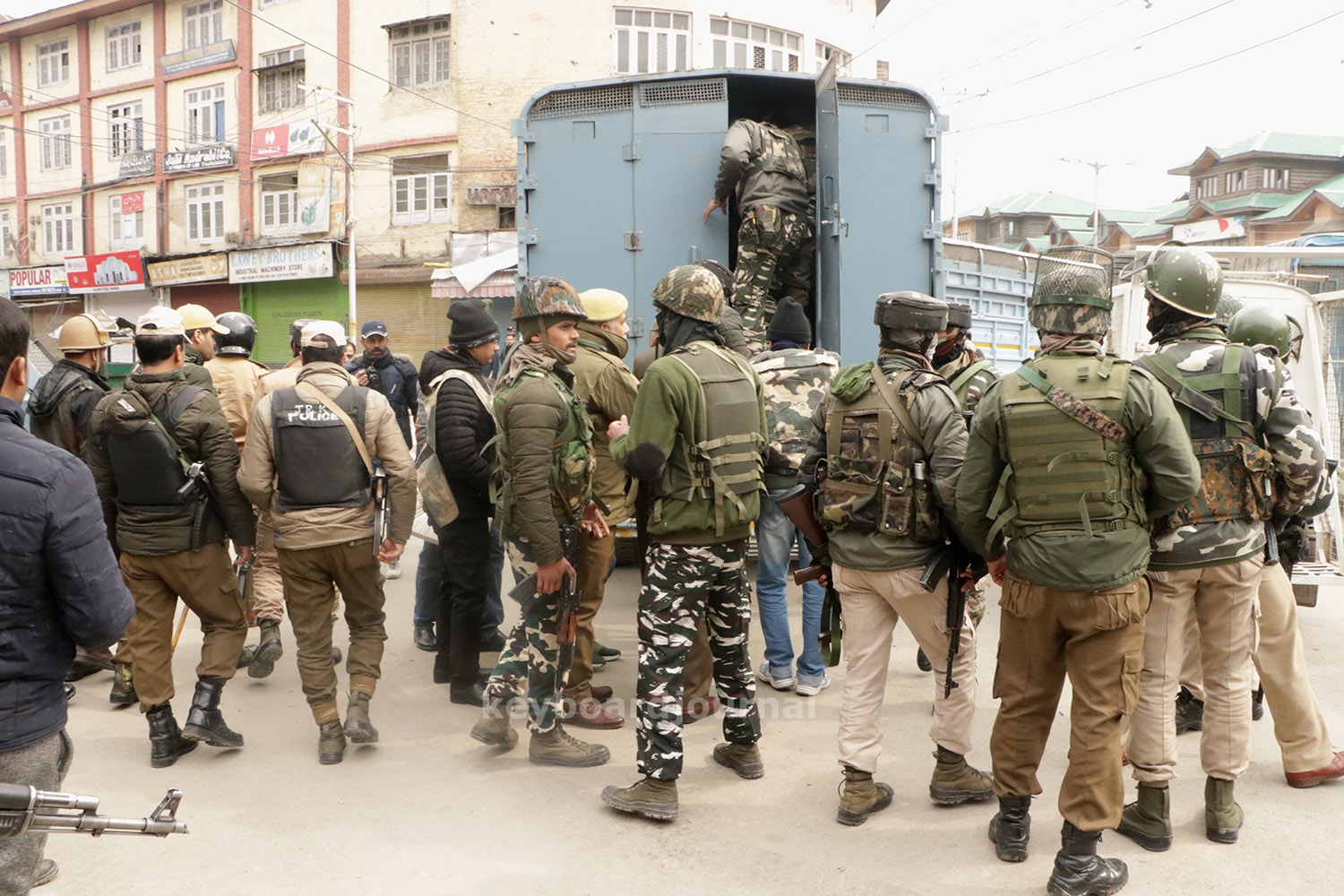 On Friday people woke up with the news of mass arrests of leaders of  Jamat-e-Islami- Political wing of Hizbul Mujahideen. At least 150 of its members were arrested across Kashmir. All this has happened ahead of a crucial hearing in the Supreme Court on the validity of Article 35-A of the Constitution. 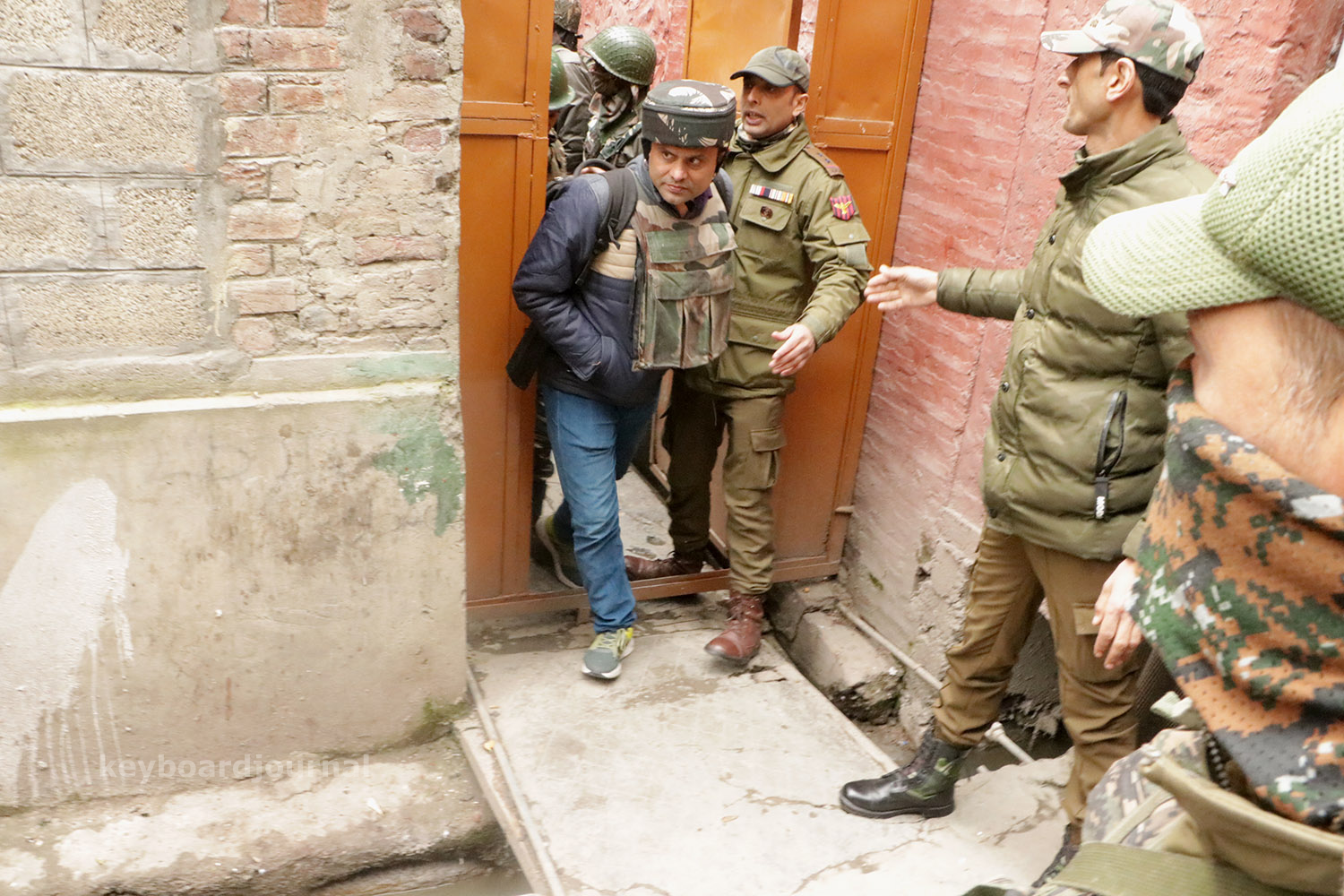 In response, the valley observed a complete shutdown called by resistance leadership on Sunday to protests against “any  attempt to tinker with Article 35 A.”Moderate Hurriyat Conference chairman Mirwaiz Umar Farooq, too, condemned JKLF chief Yasin Malik’s detention and the crackdown on the Jamaat-e-Islami Jammu and Kashmir leadership, saying force and intimidation will only worsen the situation. 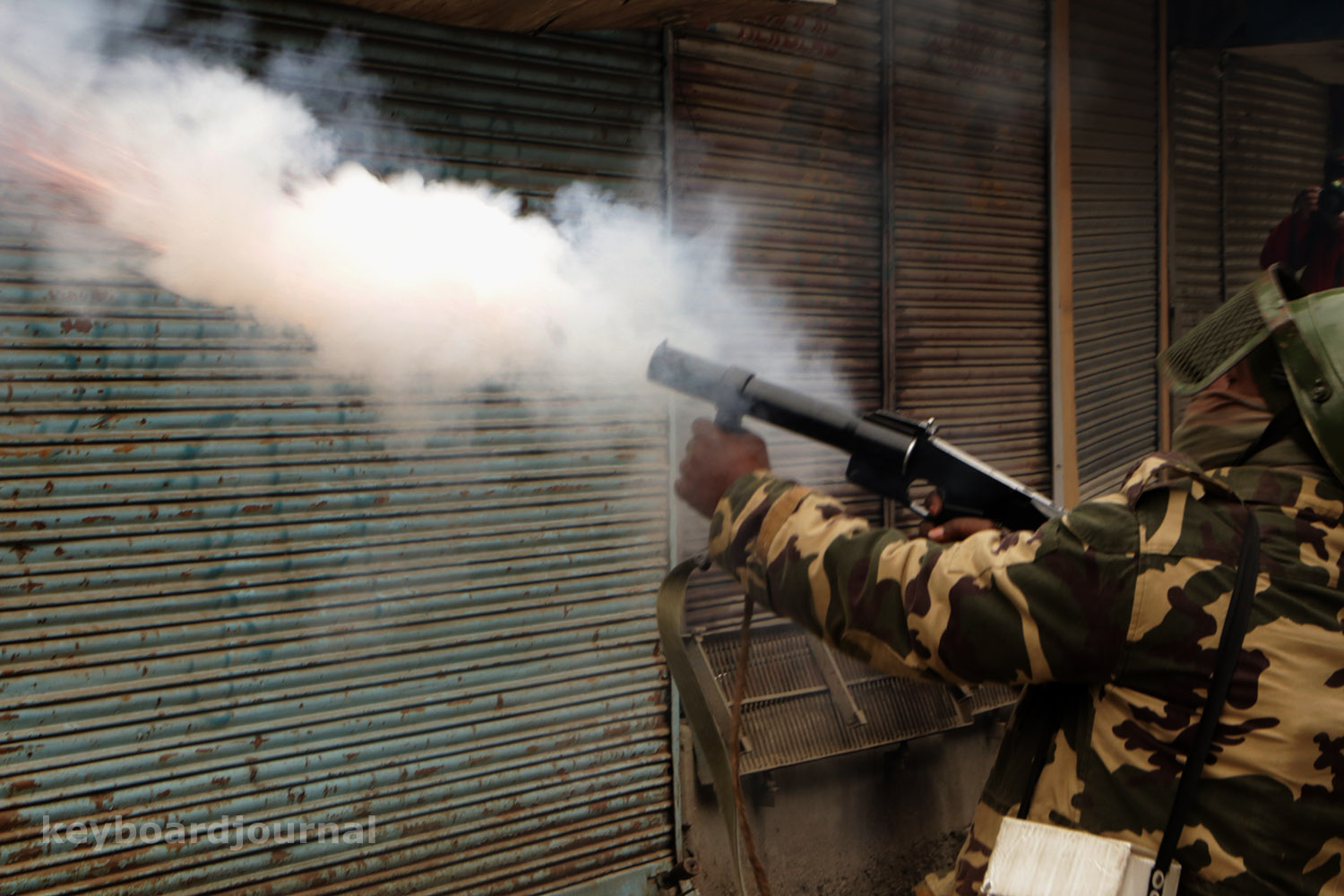 Clashes broke out in Maisooma after NIA raids

Several orders issued by the government to stock food and medicine has added to the fears of the people. NIA raids separatists in terror funding less than a week of withdrawing security cover, National Investigation Agency on Tuesday raided houses of separatist leaders, including Mirwaiz Umar Farooq, in funding case in Srinagar. 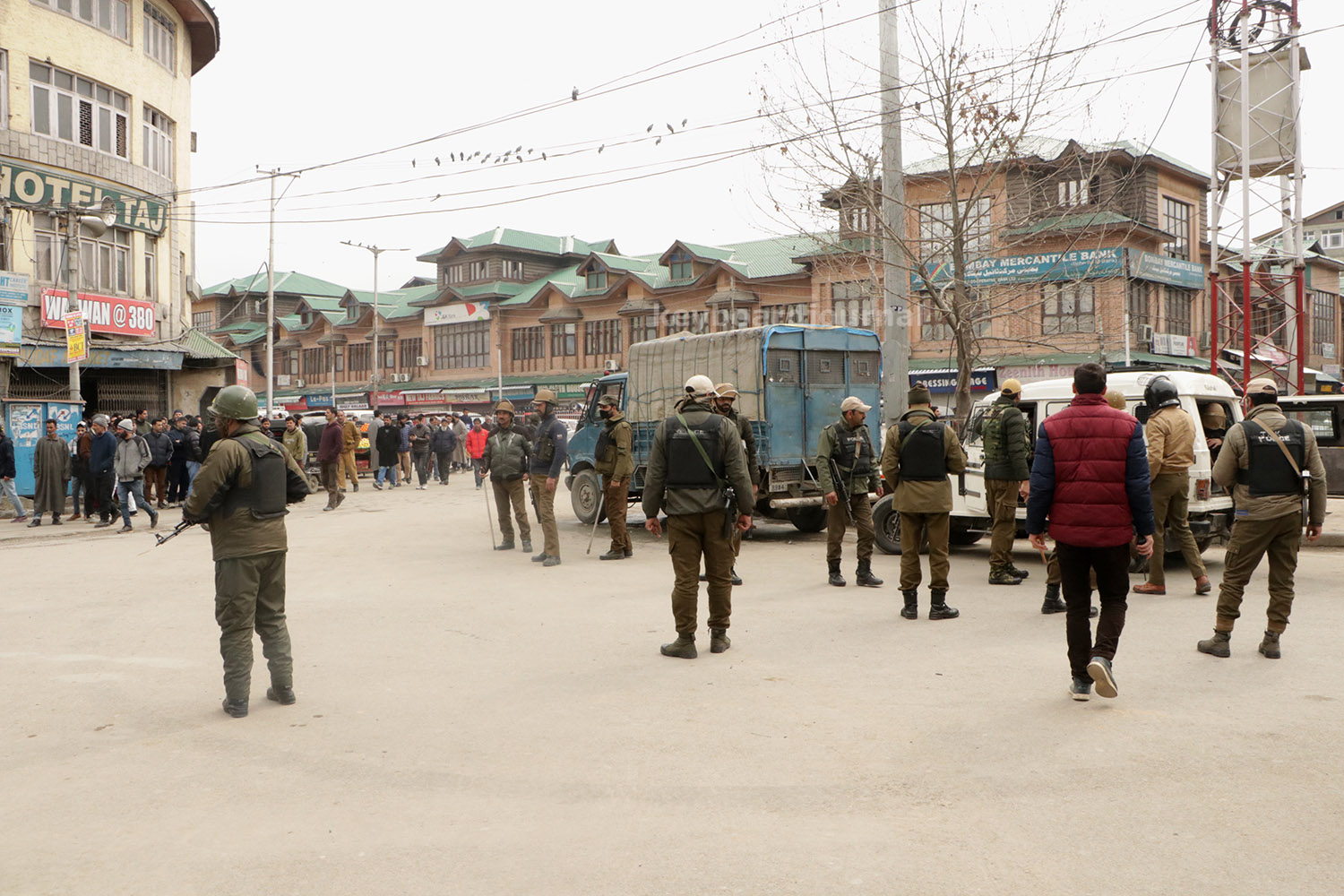 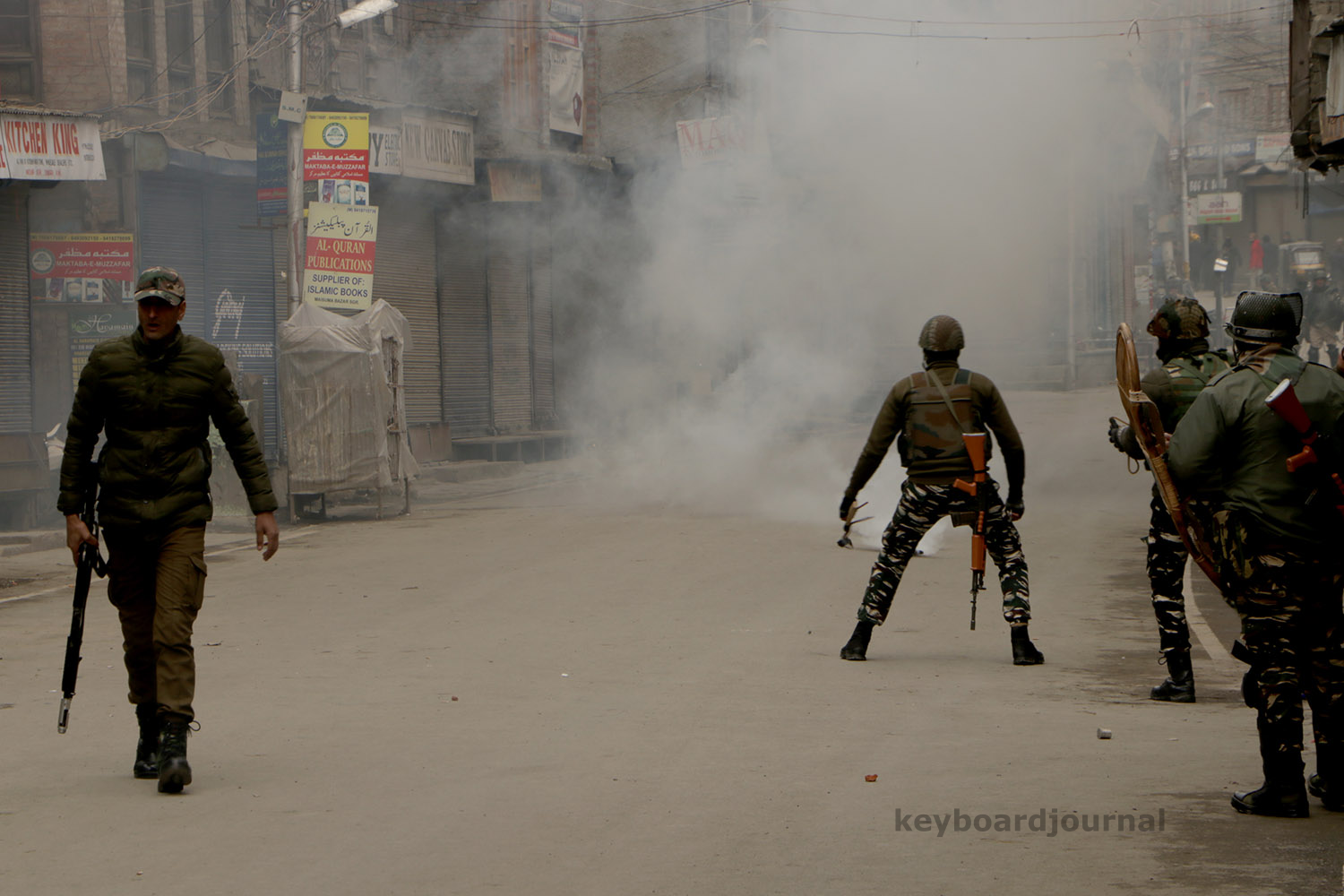 The NIA sleuths along with local police carried out searches at nine different places in Srinagar.Soon after the NIA raid on the JKLF chief Muhammad Yasin Malik’s house, Maisuma area erupted with clashes between youth and government forces. 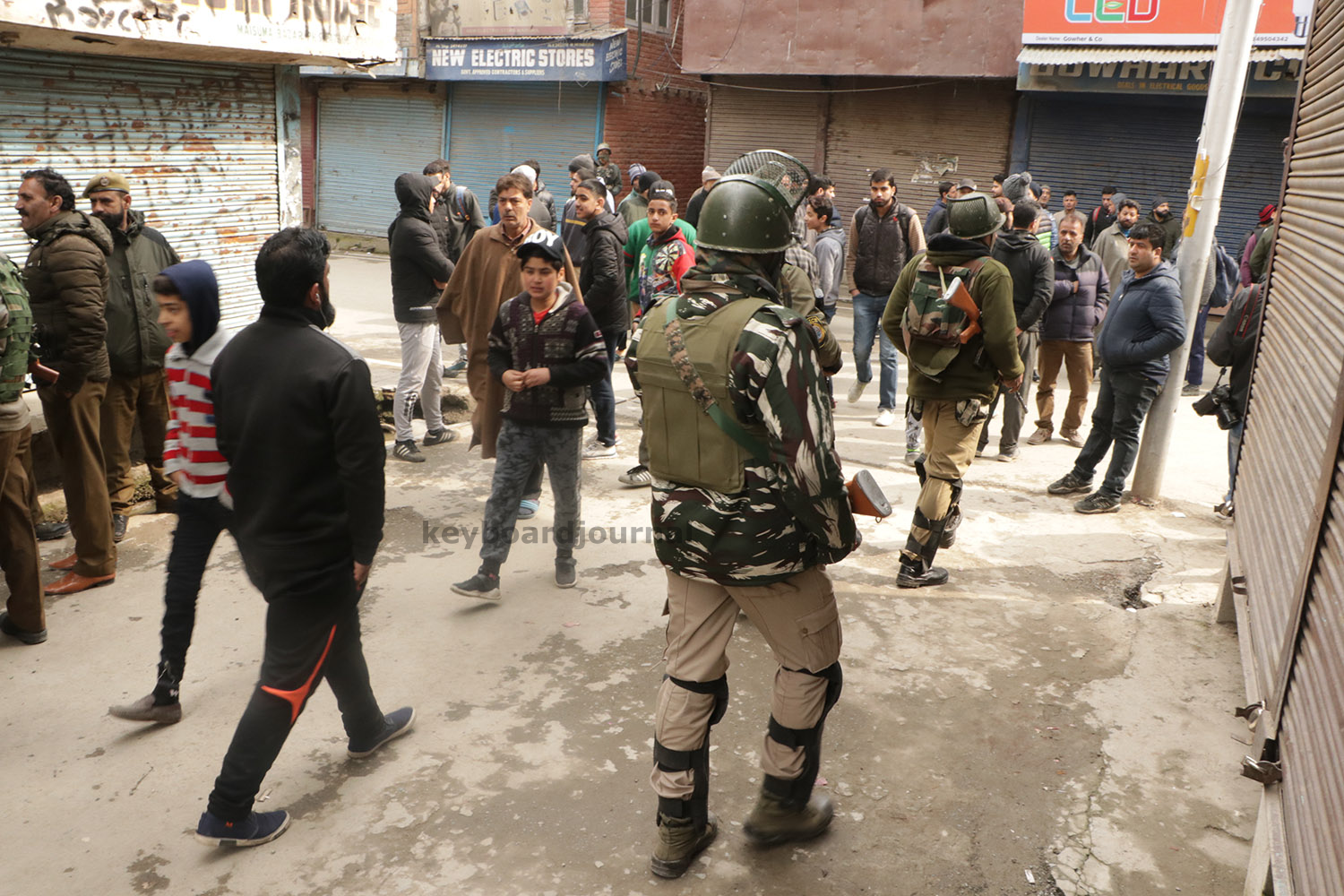 Scores of youth took to streets in Maisuma area of uptown Srinagar against the raid on Malik’s residence and engaged forces in clashes. High-speed internet facilities were also suspended in Srinagar. 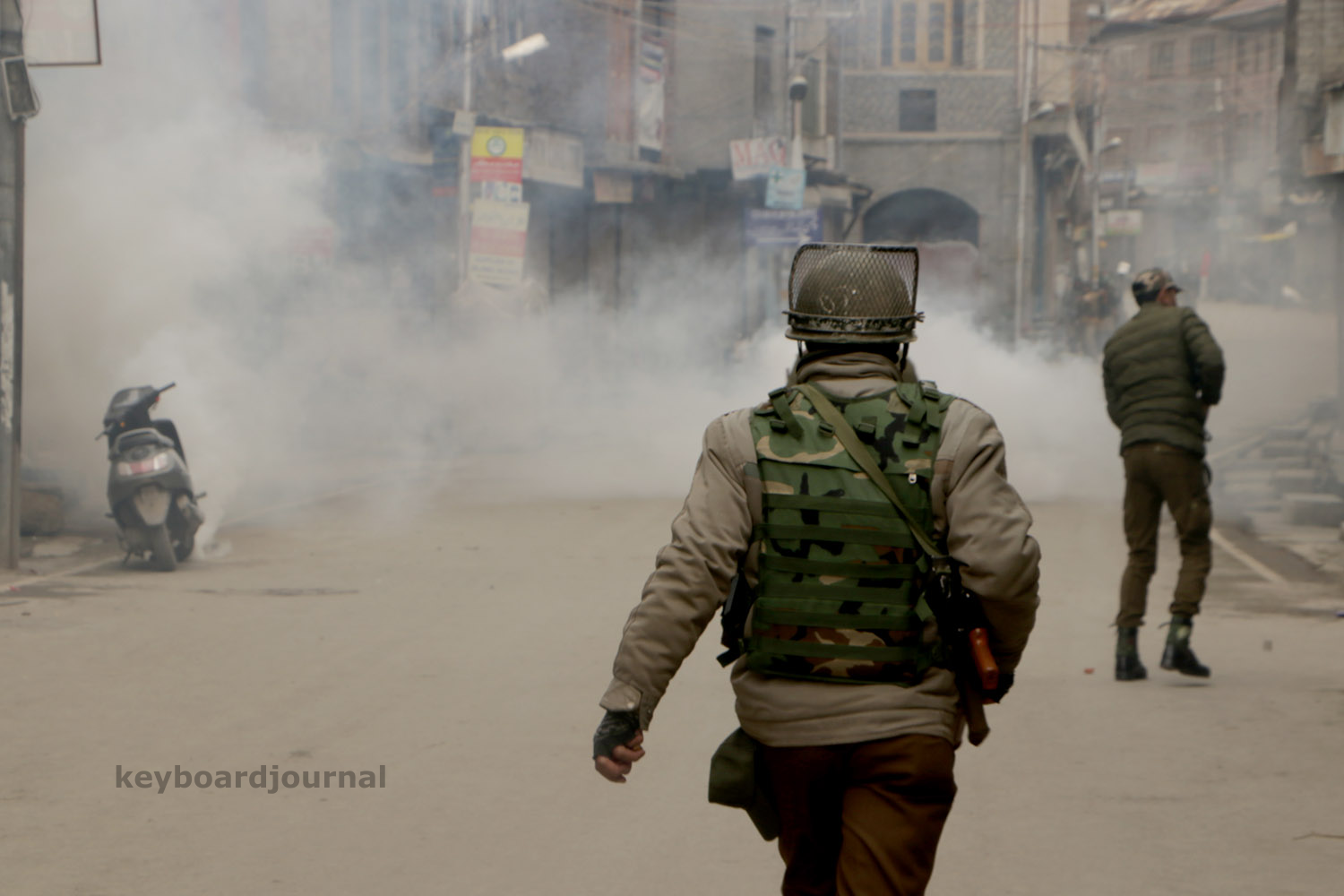 The security cover of separatists has already been withdrawn following the Pulwama terror attack on February 14 in which 49 paramilitary forces personnel were killed. 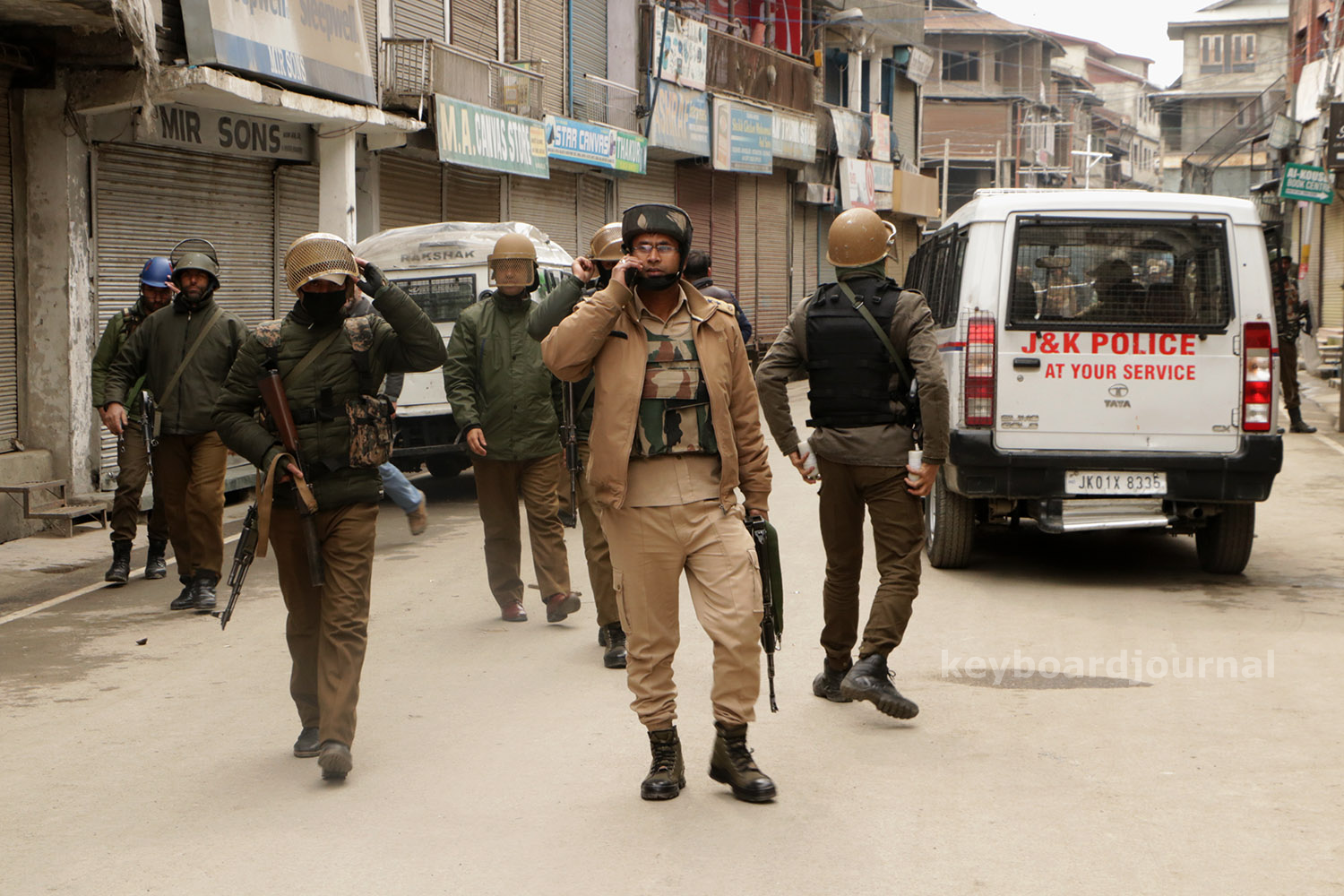