A notice pasted on the Shaheenbagh road blockade against NPR, CAA and NRC asks people to stay away if they have cough and fever. The protesters are keeping physical distancing and other precautionary measures like sanitizing. They sit on the wooden cots which are kept in distance. 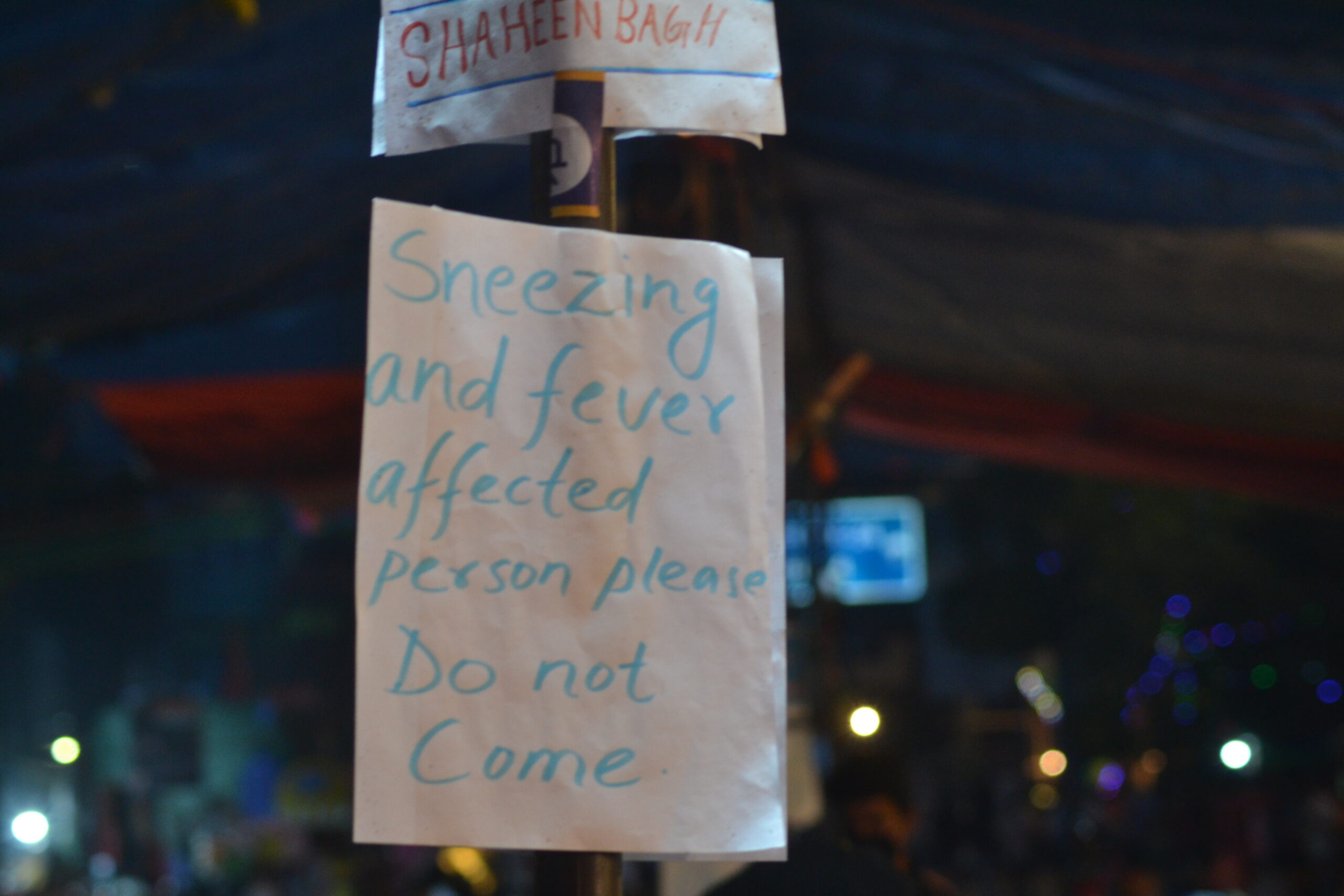 The protesters say not much care they get from the government in the case of preventing the virus, but are taking care of themselves, with the help of independent doctors and medical practitioners. The Delhi CM Aravind Kejriwal had asked the anti-CAA protesters of Shaheenbagh to limit their number to fifty. A Public Interest litigation was filed by advocate Ashutosh Dubey that demanded the removal of protesters from Shaheenbagh. 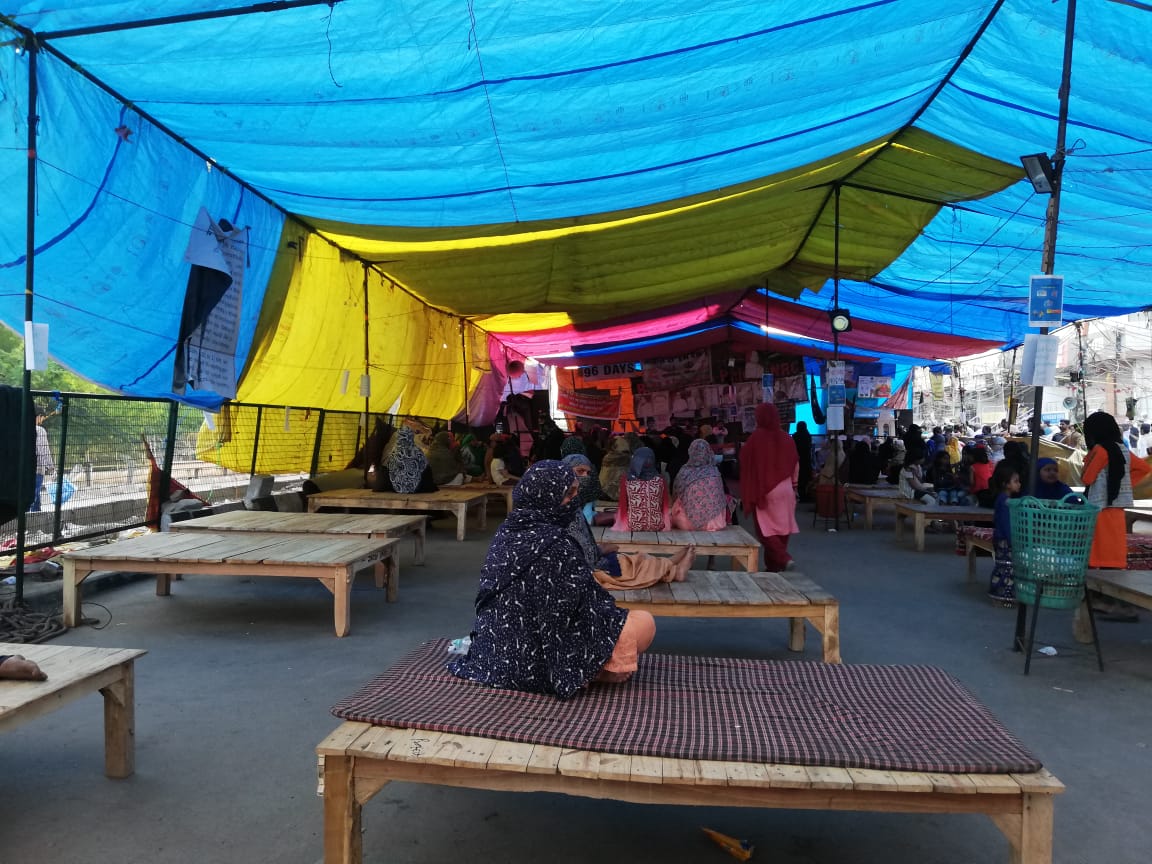 The trio of Shaheenbagh, Asma Khatoon, Sarvari and Bilkis, the eldest women leaders in the road blockade responds to the government’s move to make an end to Shaheenbagh at the pretext of corona virus outbreak.

“Withdraw CAA, NRC and NPR. Give us in writing from the court. If they withdraw, we will get up from here. We can go sit in our own houses. Nobody is comfortable in sitting on the road. They were saying, “Musalman ki auraton bahar nikal na sakti” (Muslim women can’t go out), see we are on the roads. Shaheenbagh is being spread everywhere. Hindustan is nobody’s father’s property. Hindustan is of every one of us. Hindustan is ours. We are not going to leave. It is the people who gave them the chair? They themselves seeped in to the system, they don’t even need votes. We are not going to get up from here unless the act is withdrawn. We will protest till then.” said Sarvari. 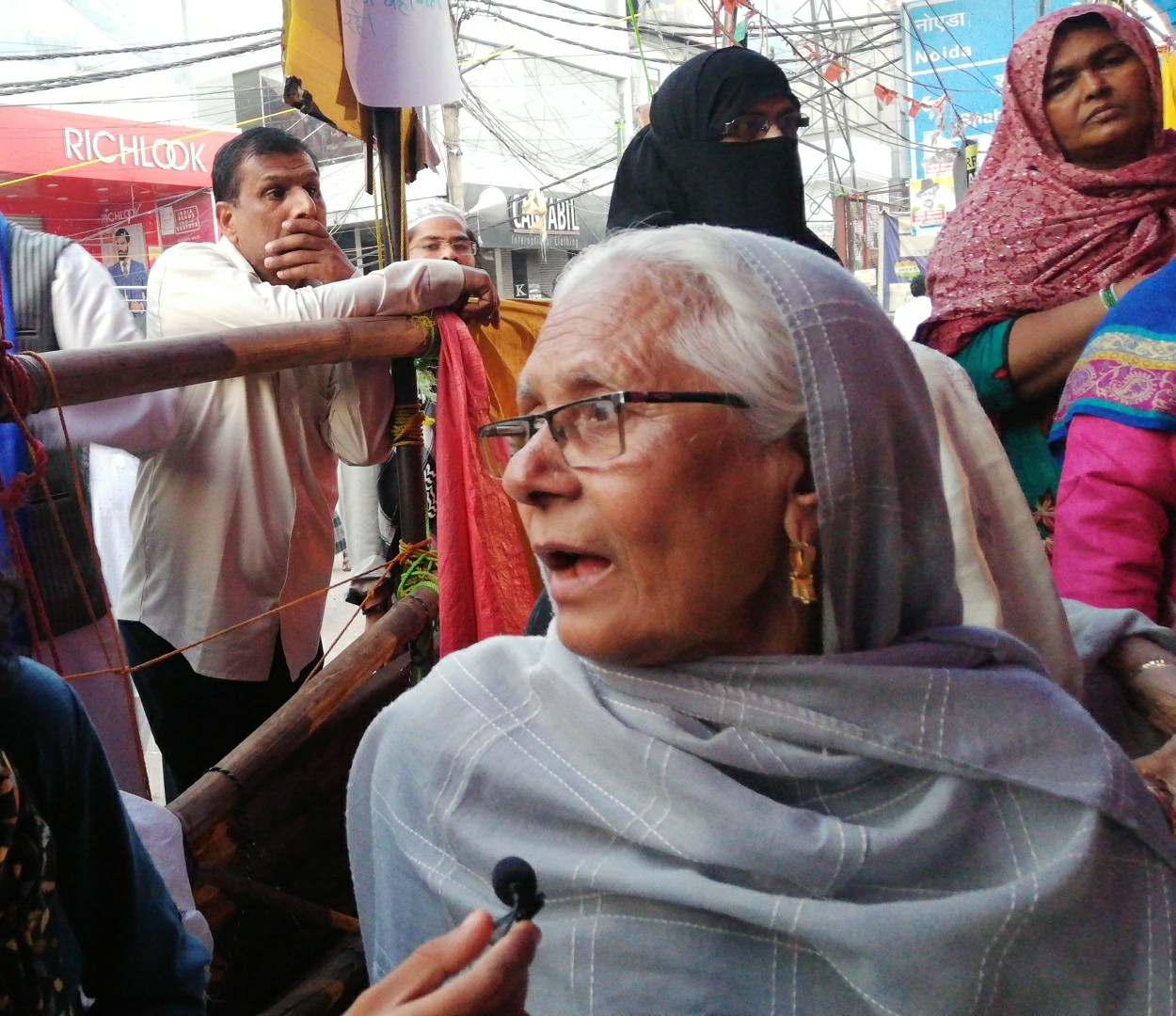 “No. We are not scared of any disease. Death is only one. Today or tomorrow we need to die. We have more fear on CAA and NRC. Give us in writing that they will withdraw this act, we will get up from the road. If the government is not giving it in writing, we will not get up. These much Muslims were killed, Modi had no fear while doing that? When we are standing up even to death, about what he is scared? 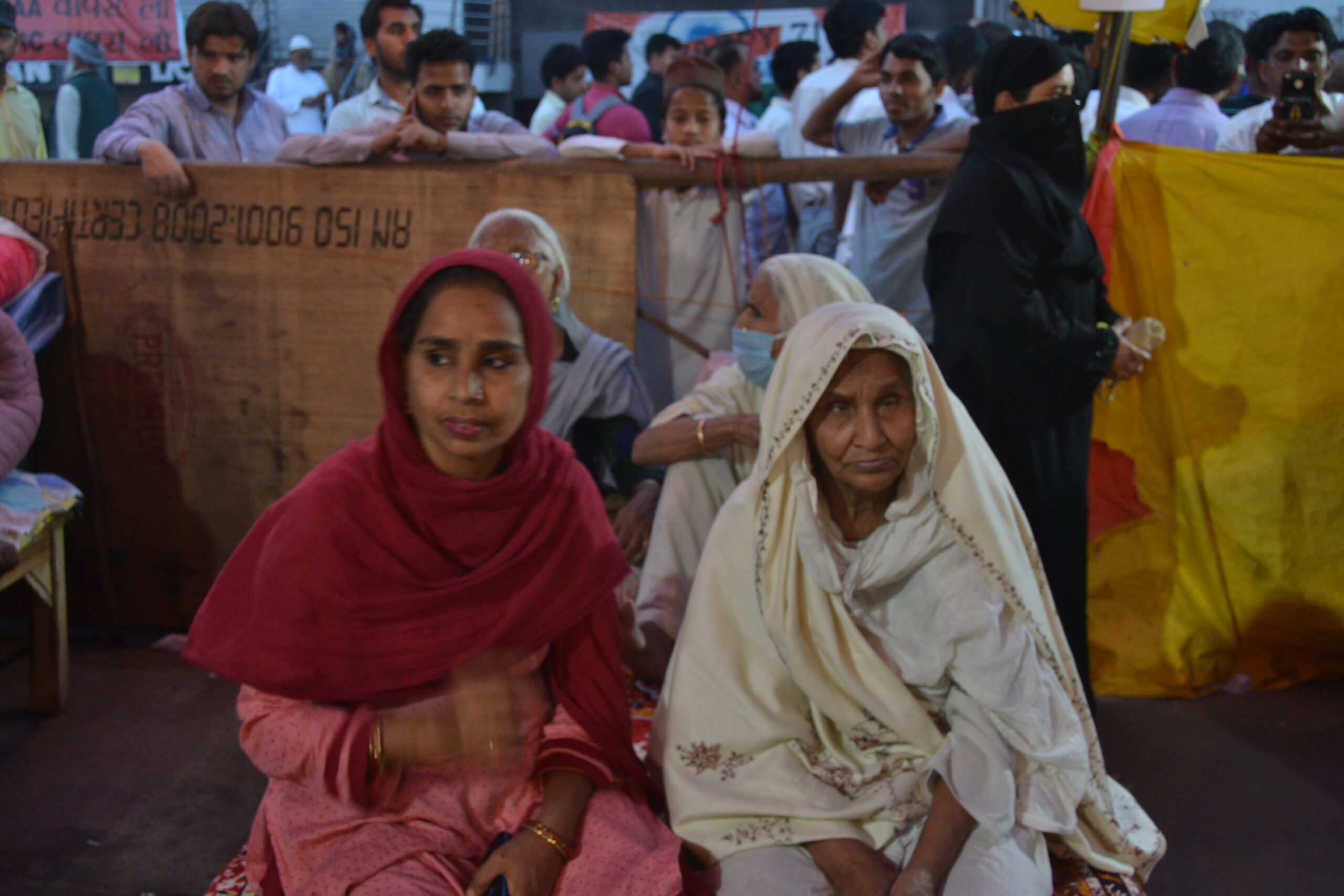 “New laws are being made. But we will go on to live here as we did before. I am not scared of the virus, I am scared of CAA and NRC. Just look at Assam, what is happening sin Assam? In each room thousands of people are detained, no food, no water to drink, no clothes to wear, nothing. We don’t want that to happen here. We want to live here, we want to die here. Our children got beaten up in front of us. what can happen beyond that?” Bilkis said. A grandson of Bilkis is a student of Jamia Milia Islamia. 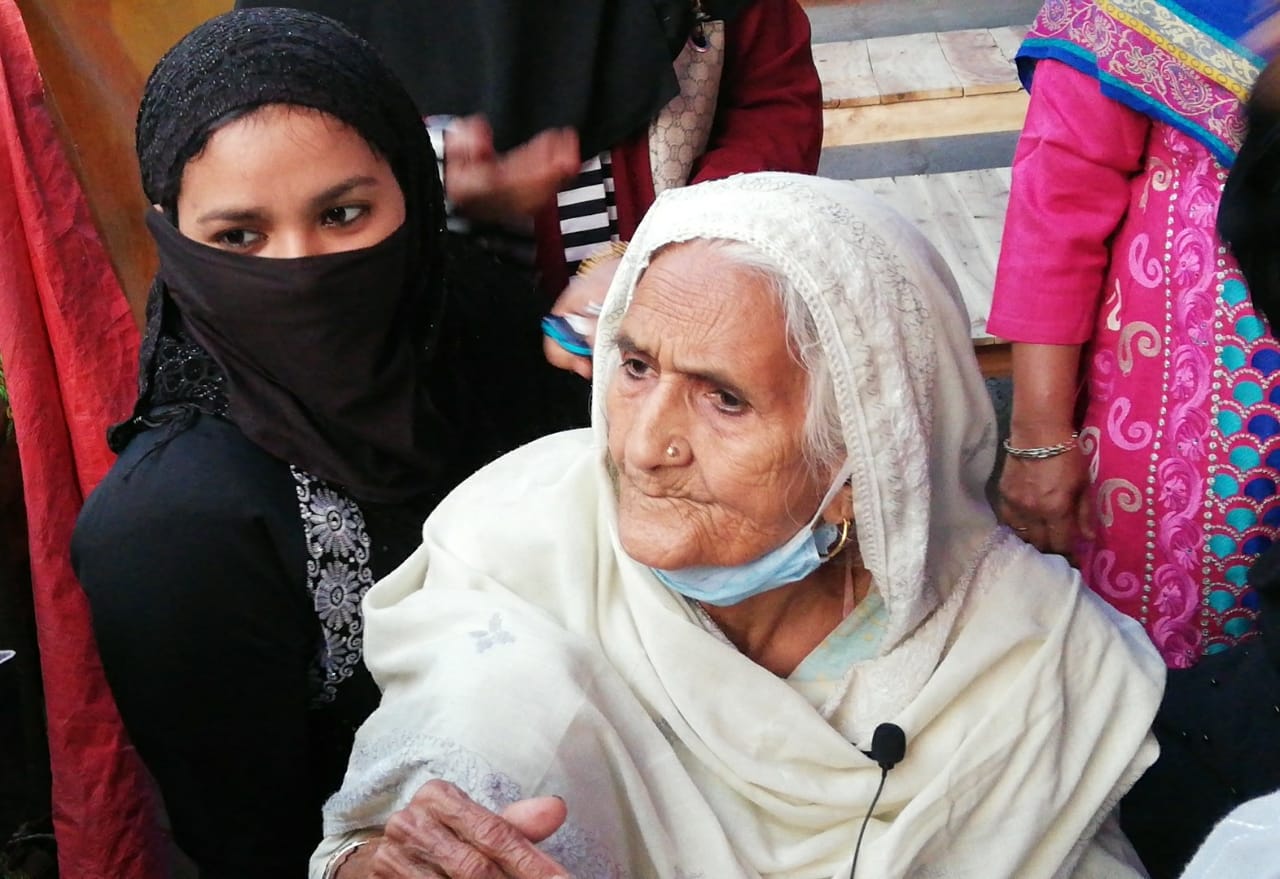 “We are keeping ourselves safe from the virus. We keep our homes clean. We wash our hands. We are taking care of ourselves on our own.” A woman protester said.

“The communal violence that happened in February has scared Muslims. Amit Shah and Modi, withdraw the law. Why are you making people to suffer? Modi is not understanding our problems. How many bullets are showered, what kind of a stone pelting happened? Now the corona virus is spreading, they think we can be removed at this point, but withdraw the act now, we will get up from the road.” Said Asiya. 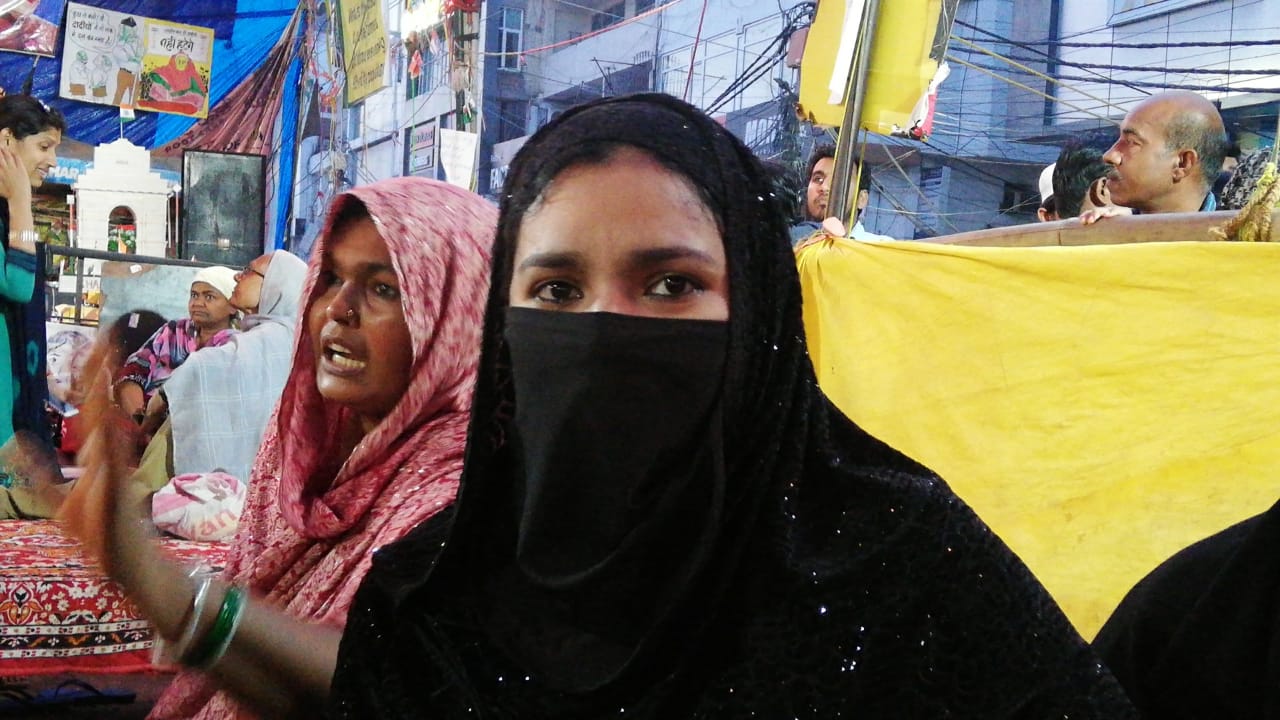 “Do you think we enjoy sitting here? We are sitting here in rain, in winter, you sit and see for some time whether it feels good to sit in between mosquitoes and rain water. Withdraw the act before 30th of this month. Whatever happened in the name of Hindu and Muslim happened, don’t let it repeat. We are sitting here for three months now. You sit in your air conditioned rooms, hot rooms, but we are sitting here, for the entire nation. This black law must be withdrawn. We have no hatred towards anyone, we value humanity. Whoever elects a government elects them for the health and wealth of all. Everyone must get the adequate essentials. Every place must be kept in hygiene. Feed the hungry. Help the poor. Give good water to drink. It is for all these people elects a government. Is the government elected to kill people?”, another protester asked. 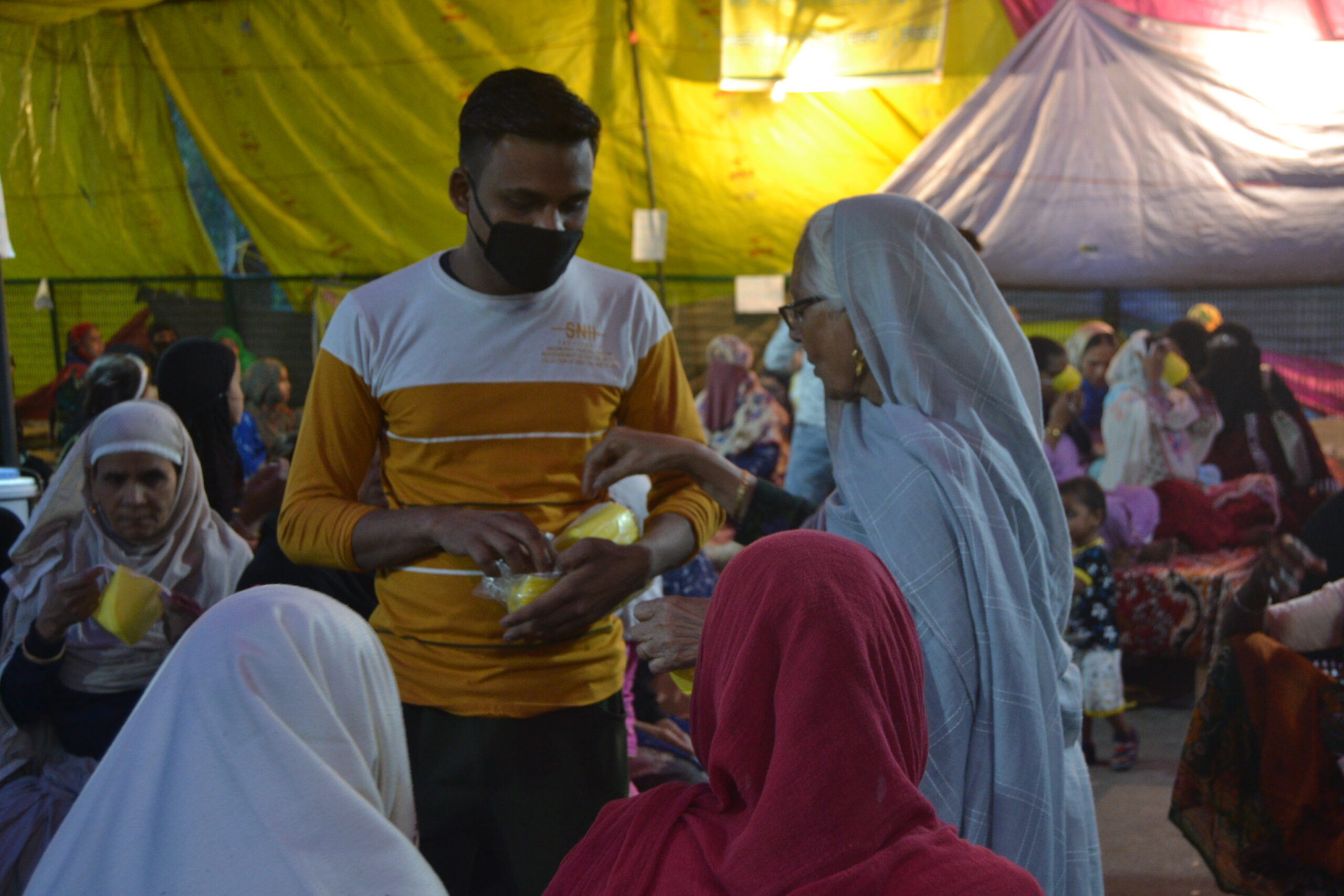 “Why did they repress the protest in Lucknow? to make us stop the protest. But we will not stop it. Won’t they get affected by the virus? There are more than fifty chairs. This is to remove us from the protest.Why the repression on protesters in Lucknow? It is to remove us from here. Why they are targeting our kids? They are scared of our children. We came to the road when our children in Jamia and JNU were attacked. Modi will rule for four more years, we will see how long he will continue. Our turn too will come, we will gain justice. Our protest will find its demands fulfilled. This is Delhi, this is not Lucknow. We will demand justice until they are met. How long will you rule, let us see.”- Mehrunnisa, who had been protesting for eighty days said. 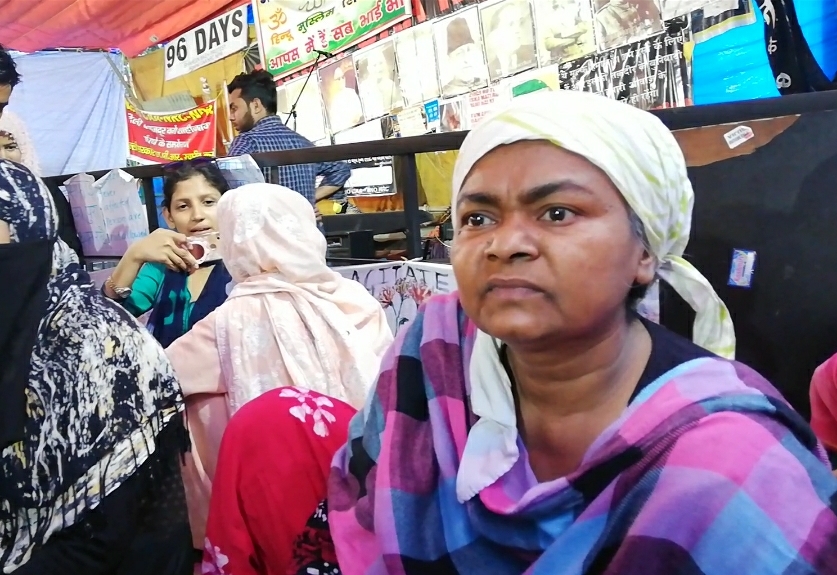 Prime Minister Narendra Modi had asked people to sit at home on Sunday, to observe civil curfew against the virus outbreak. Many public health experts and practicing doctors say that India has the lowest rate of testing cases. Questions regarding the safety of Muslims in North East Delhi who survived a pogrom by armed Hindu mobs and the anti-CAA protesters all across the country are being raised by concerned citizens.

The protesters of Shaheenbagh decided to continue protest on sunday as well, on Janta Curfew proposed by prime minister Narendra Modi.“On Sunday, we will sit under small tents. Only two women will sit under each tent and maintain a distance of one metre between them,” a protester said.

UP government suspends Dr Kafeel’s release on parole, violates Supreme Court order to release prisoners in the wake of COVID19

Two deaths in four days, a woman gave birth in the ambulance; interstate ambulance driver narrates the heartbreaking, helpless situation in lock down

PM Modi’s Janta Curfew, the blatant exposition of Hindu communal lethargy at the face of crucial threat of a pandemic

“She can’t drink the water we get here”; Diseases burden the North East Delhi genocide survivors

“The third phase of COVID 19 is going to be dangerous, people should not take it lightly”, Dr Kafeel Khan’s message

“The future generation cannot be formed from the blood of the exploited”; Prof GN Saibaba’s message from Nagpur jail

What is happening in Delhi is genocide-Ayesha Renna