Thousands of students of Aligarh Muslim University blocked the Purani Chungi road protesting against the arrest of three students following the “go back” slogans raised at VC Tariq Mansoor during the Republic Day function today. 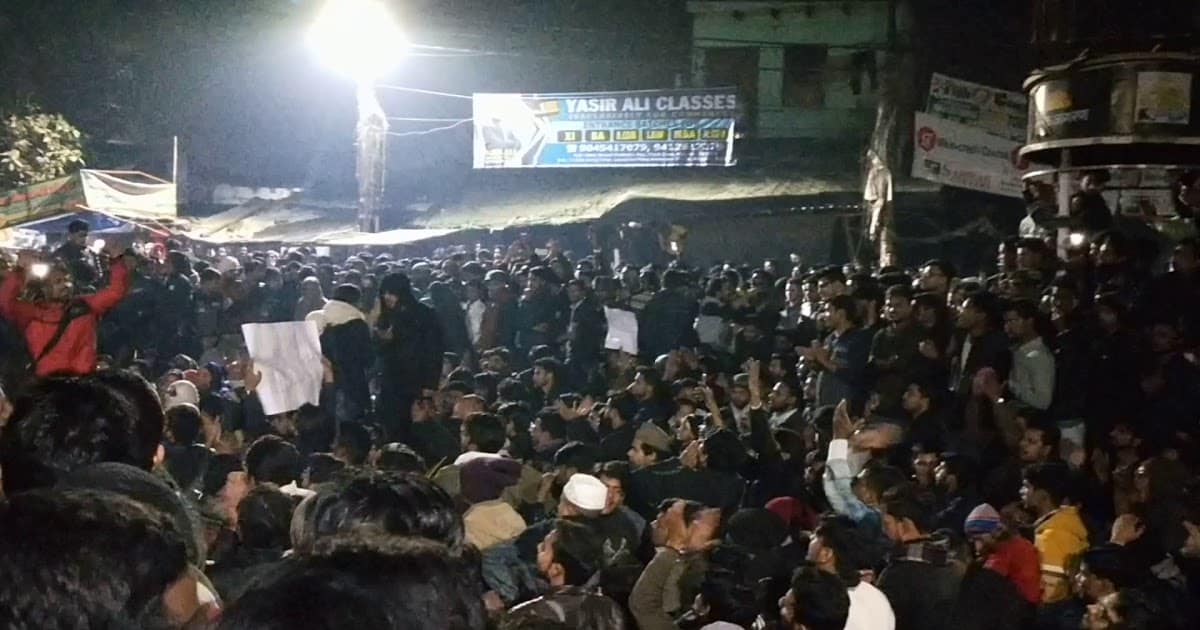 The students Mujtaba Faraz, Tahir Azmi and Siddharth Gulati were detained by the university proctors and later handed over to the UP Police. Subsequently, students had blocked the Proctor’s Office and demanded to release the students detained by 5pm, and had warned that if otherwise would block the Magistrate’s Office. 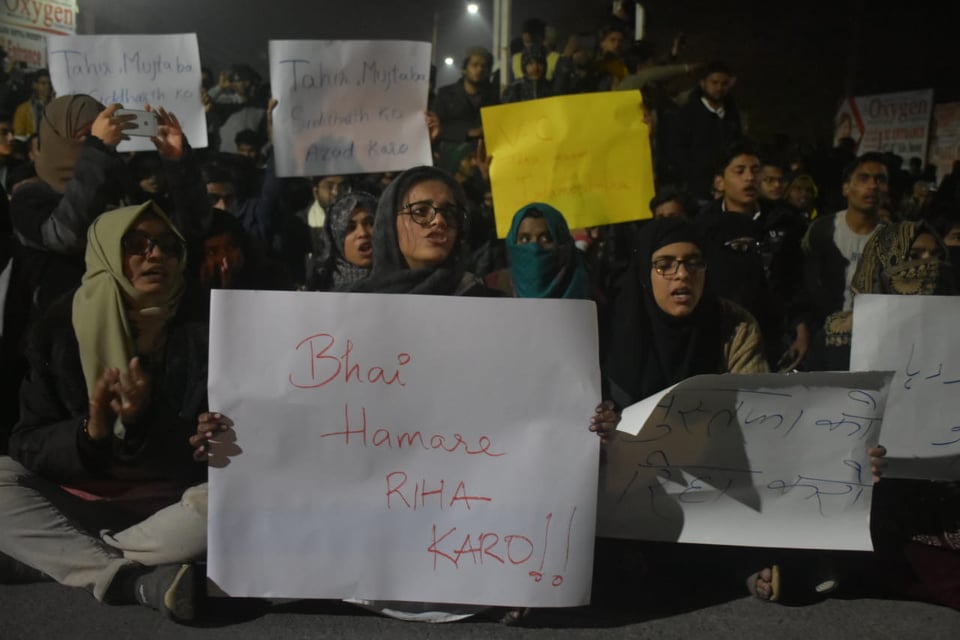 As the detained students were not released by the time mentioned, a multitude of students marched along the University Road and went on to block the Chungi road which connects between Aligarh city and Jamalpur.
Due to students’ protest, Police has released two of them, but, students urged that unless the police releases the remaining students they had detained, they would not remove the blockade. Now the students are demanding the release of student activist and lawyer Mujtaba Faraz. 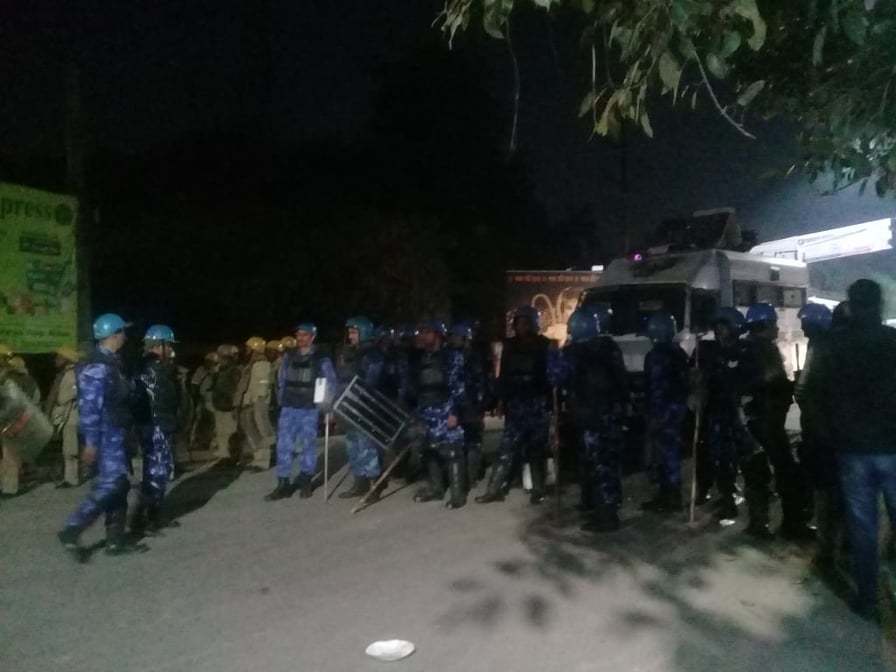 UP police along with RAF in large numbers has been deployed at the site. The police is threatening the students and locals with tear gas firing and lathi charge. Teachers of AMU sent an SOS asking all the professors to join the protesters terming this as a last chance to prevent the brutality similar to December 15th.