People in Kashmir remained indoors on the 70th Republic day of India on Saturday due to an early morning gunfight, strike call by separatists and restriction by government forces in some parts of Srinagar. 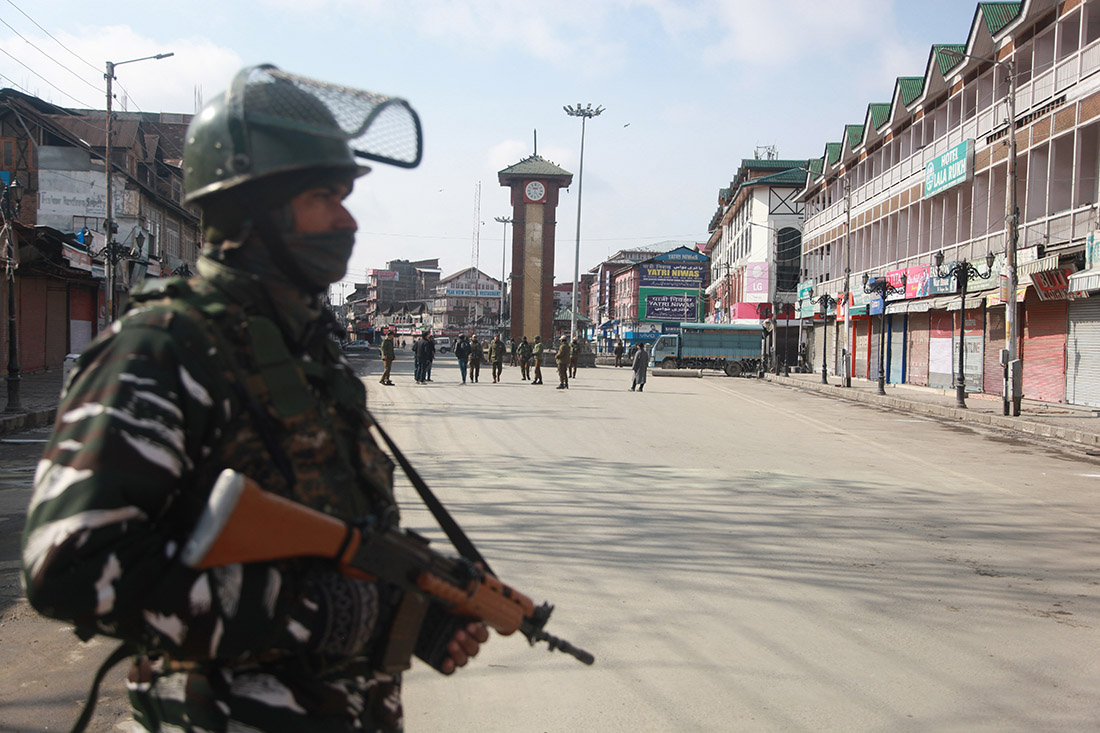 All the mobile and internet services across Kashmir were suspended during the celebrations of R-day in Kashmir. The important routes were sealed and no one was allowed to move on the roads leading to Bakshi Stadium here where a major function of unfurling the tricolor was held. 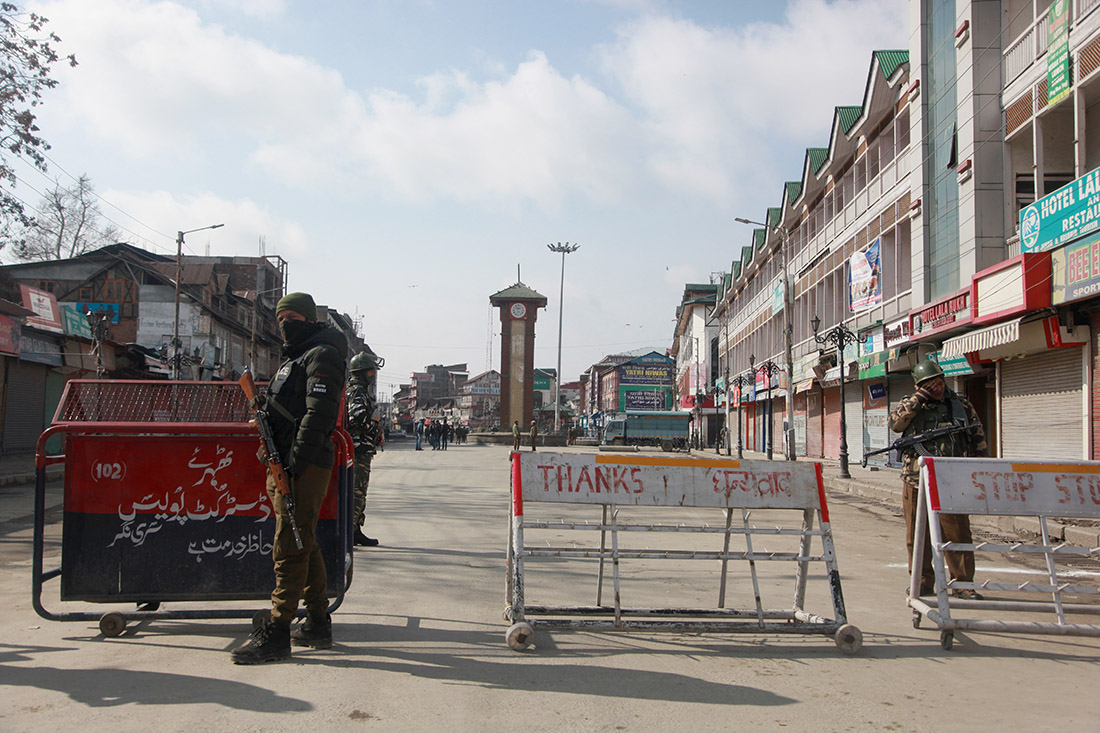 For the first time, the media fraternity of Kashmir boycotted the R-day function at Sher-e-Kashmir stadium here after some senior journalists were restricted to cover the event. 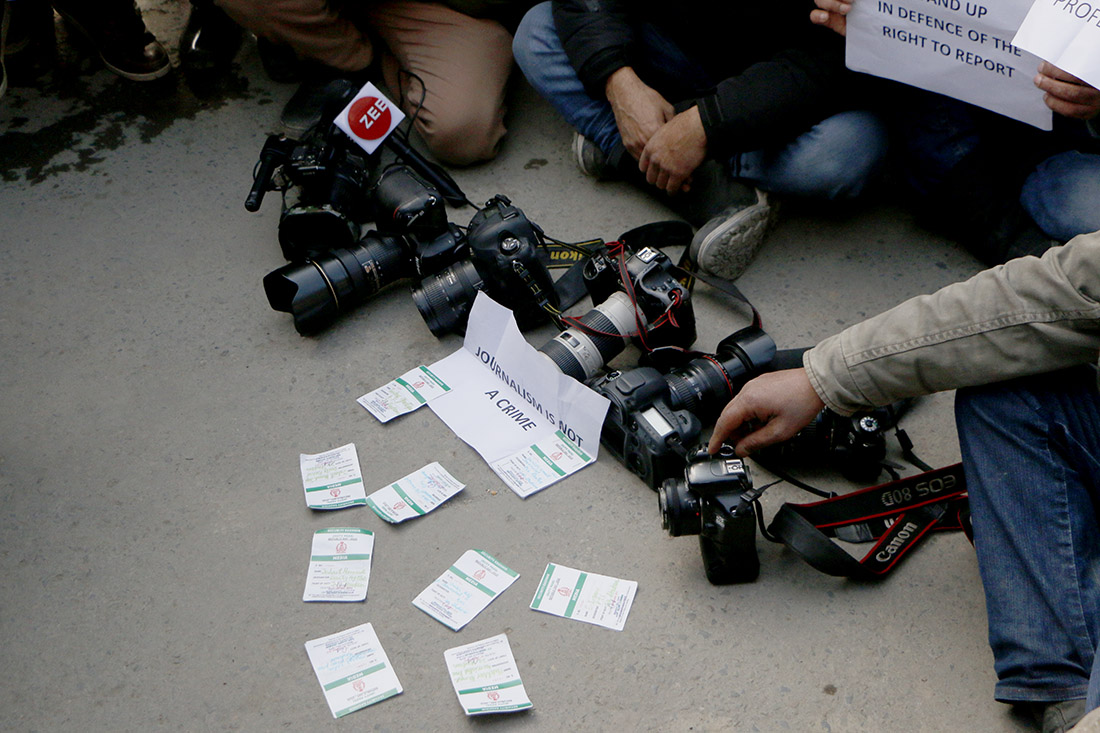 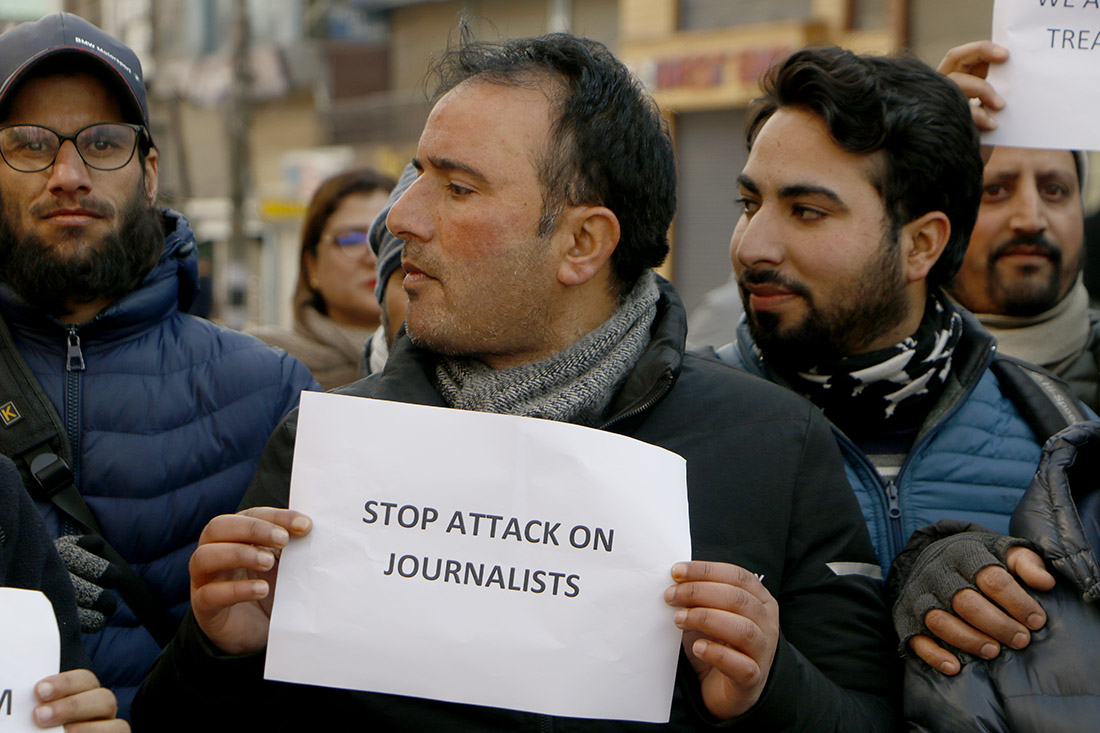 Early in the morning, two suspected militants were killed in a gunfight with government forces in Khanmoh area on the outskirts of Srinagar. At least, five security force personnel were injured in the gunfight. 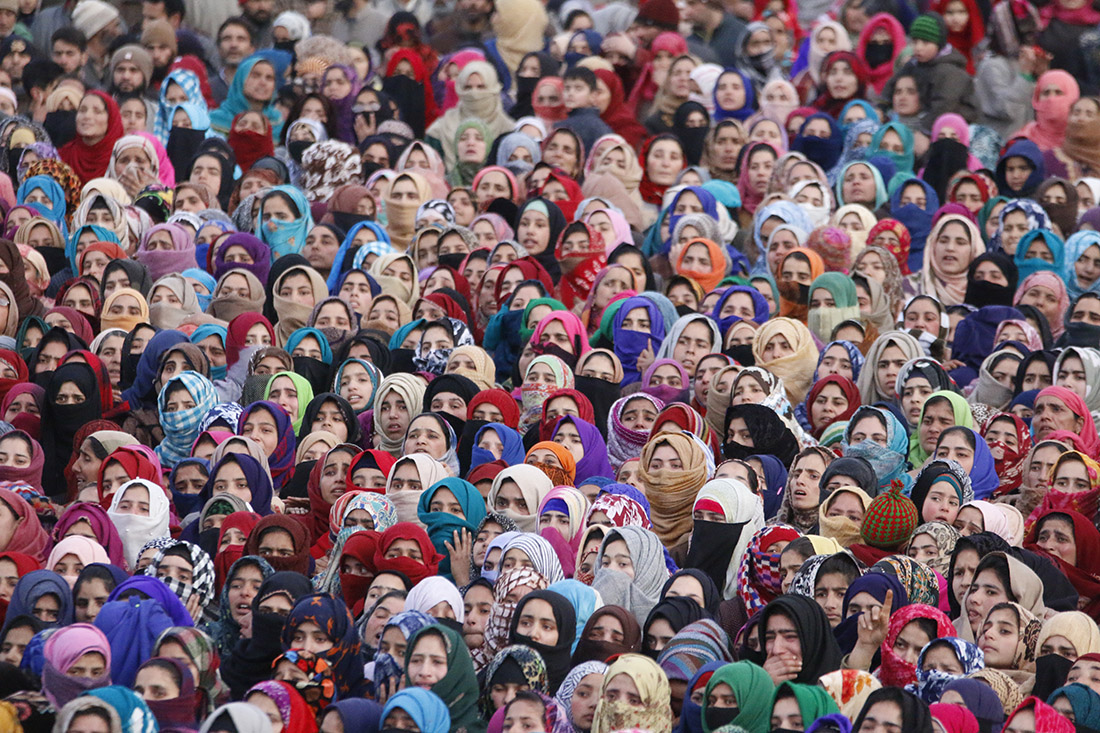 As per police, following inputs about the presence of militants in the area the government forces launched a cordon and search operation in the area. As the forces intensified the searches and zeroed in on the suspected spot, the militants opened fire on them triggering off a gunfight. 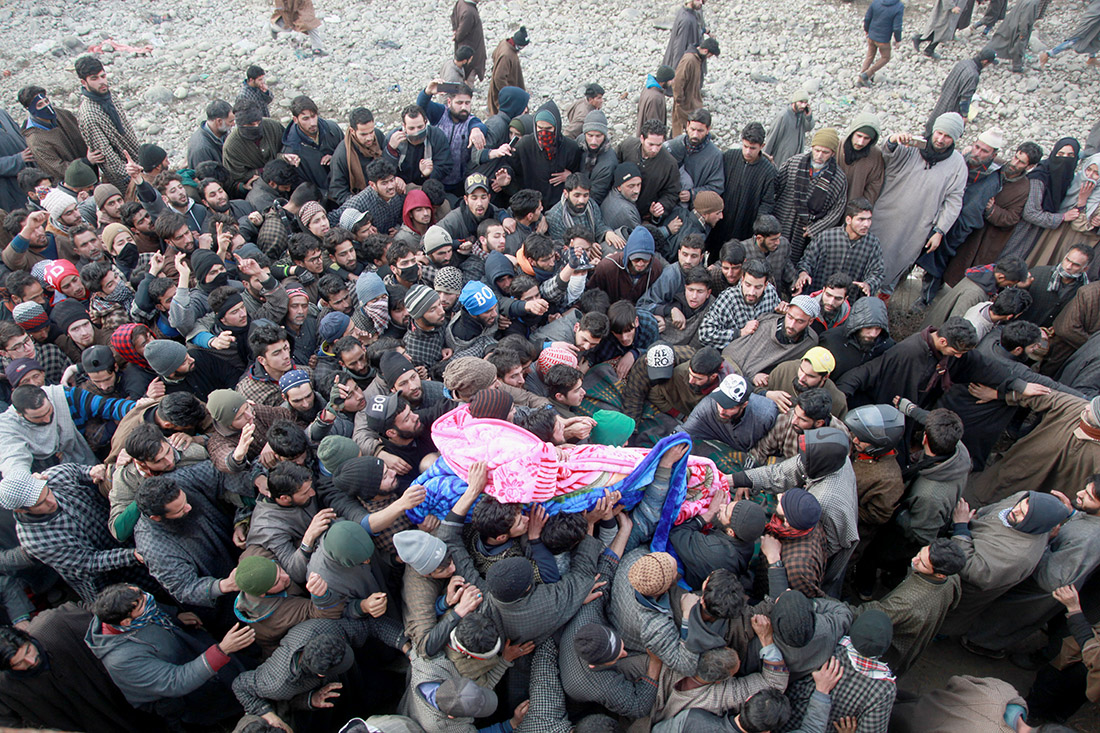 Following the death of militants, scores of youth took to street shouting pro-Pakistan and anti-India slogans. Both the militants belonged to the Jaesh e Mohammad outfit. 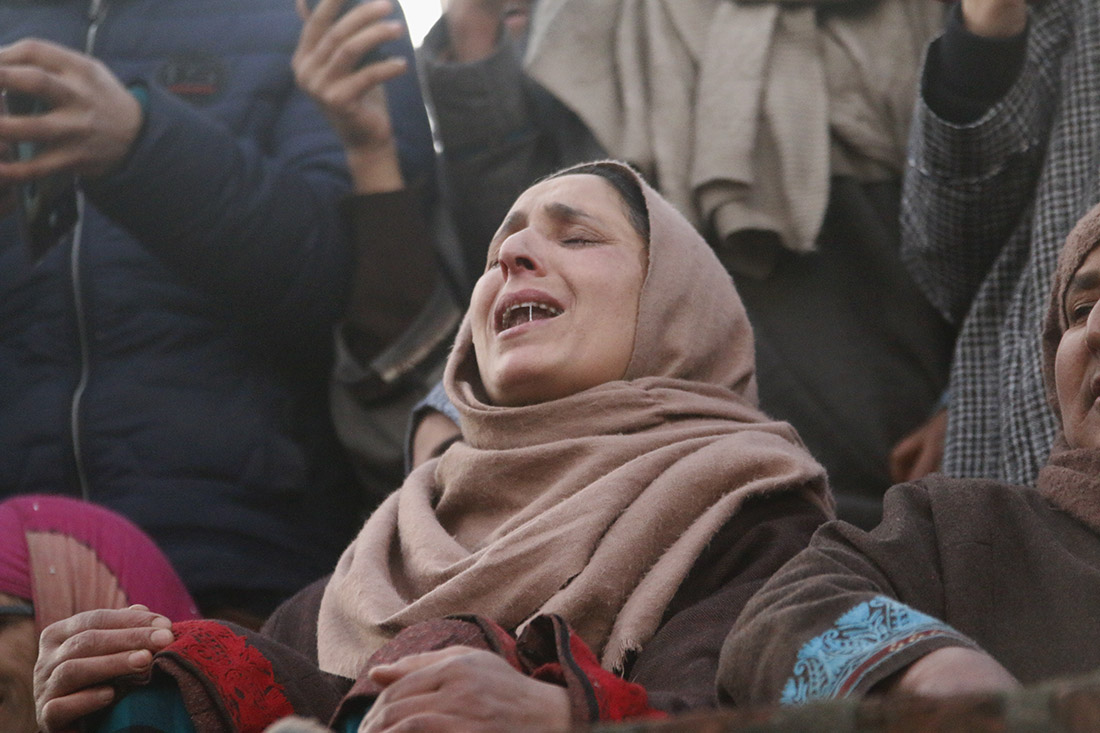 A woman mourns the funeral of Saqib Ahmed from Pulwama, who got killed in Srinagar encounter

One among the to slain militants was identified by the family as Saqib Shafi Dar, a resident of Arihal village of Southern Pulwama district. Aqib joined the militant outfit five months back. 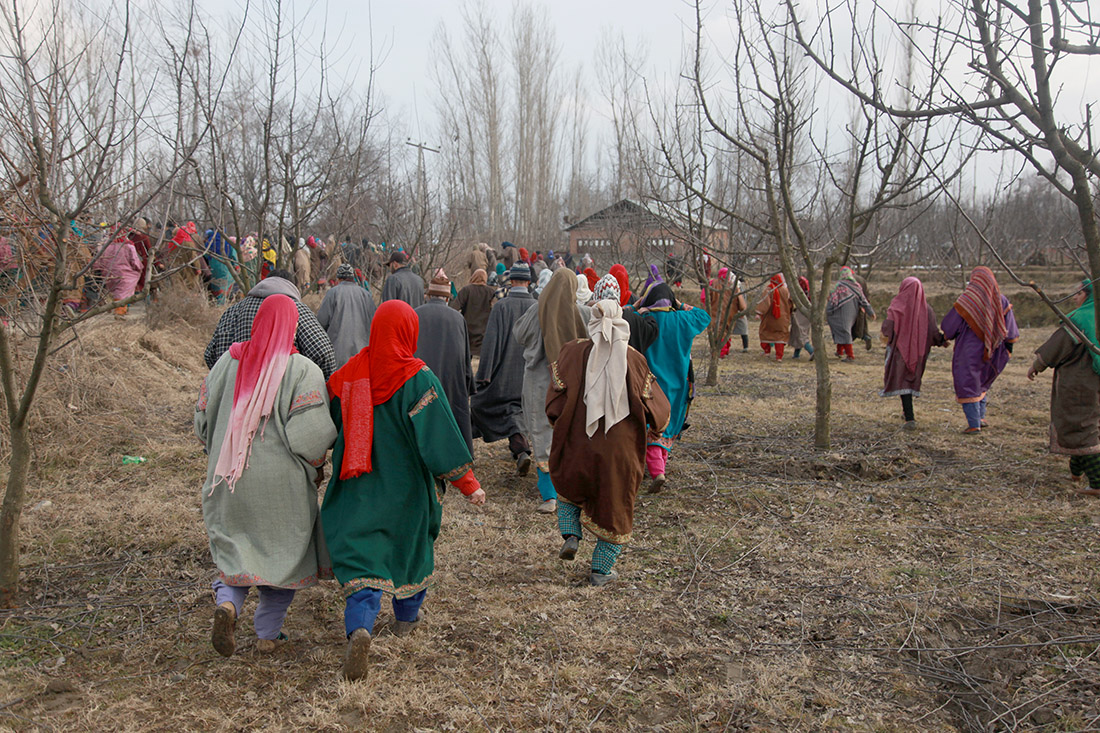 At the funeral of slain militant Saqib Ahmed in Pulwama, who got killed in Srinagar encounter

Amid inclement weather condition and restrictions, people from various area marched towards the native village of the slain militant to participate in his funeral prayers 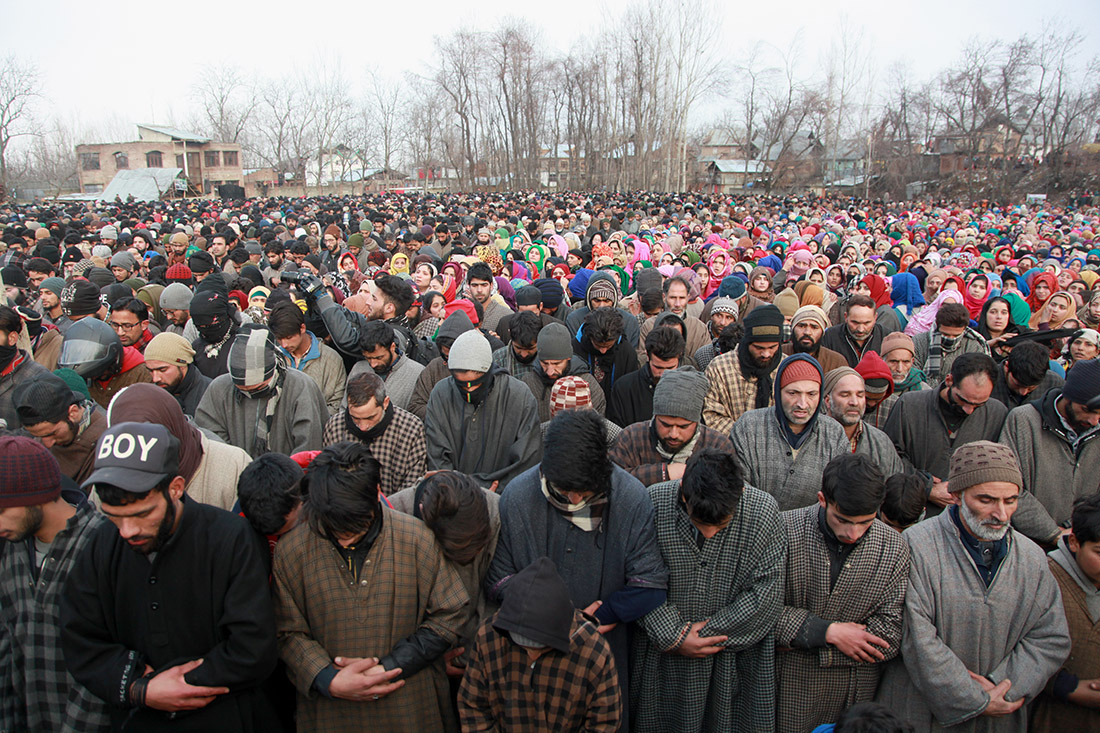 Meanwhile, Kashmir remained shut on the call given by separatist leaders. Public transport remained off the roads, and a little movement of private vehicles was seen. Shops and business establishments were also shut on the view of shut down call, restriction by security forces. 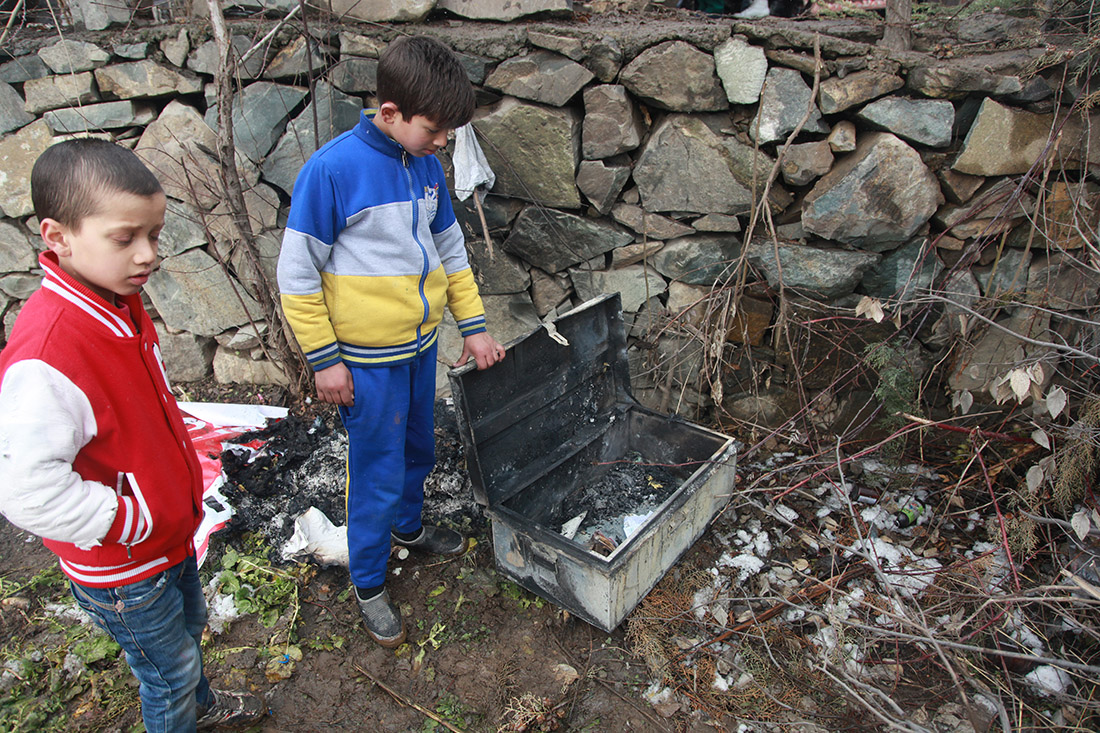 Children near a house which is damaged during the encounter at Khanmoh, Srinagar 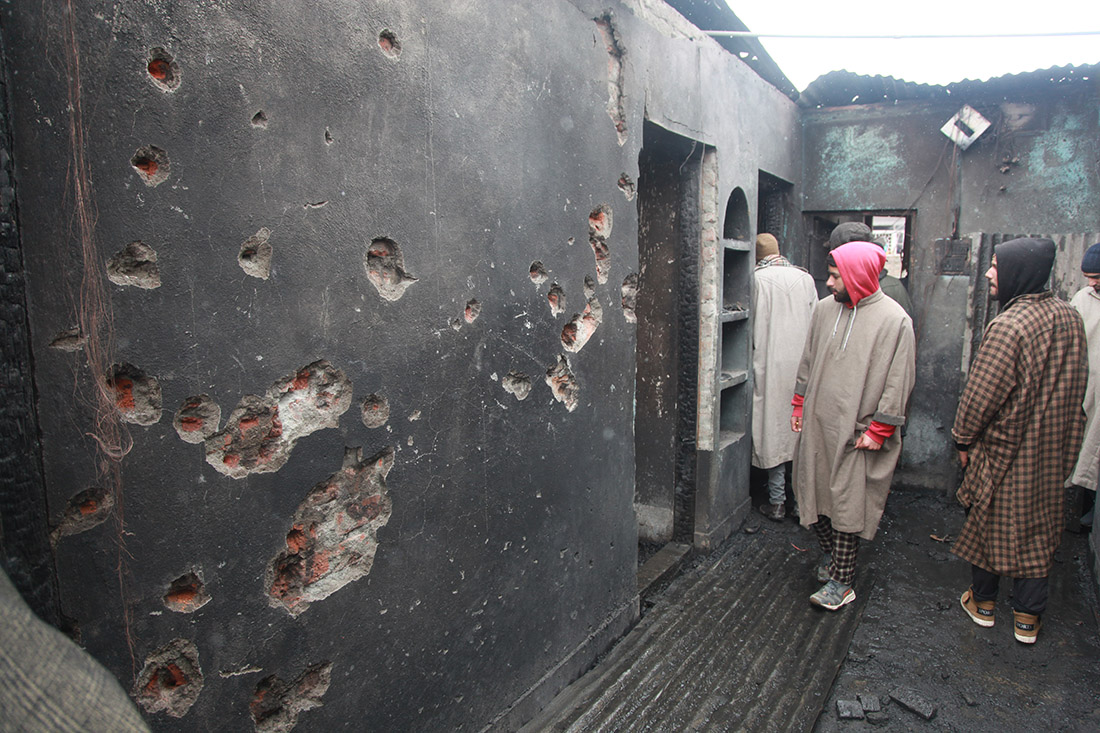 Inside the house which got damaged during the encounter at Khanmoh, Srinagar where militants were killed 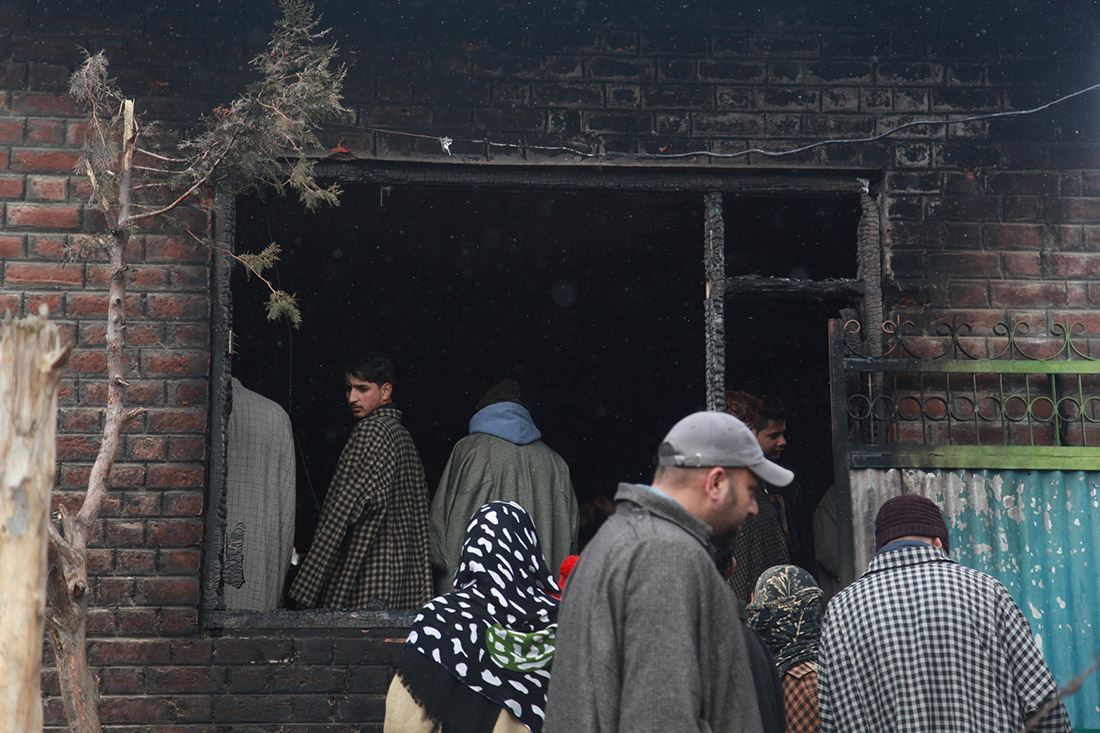 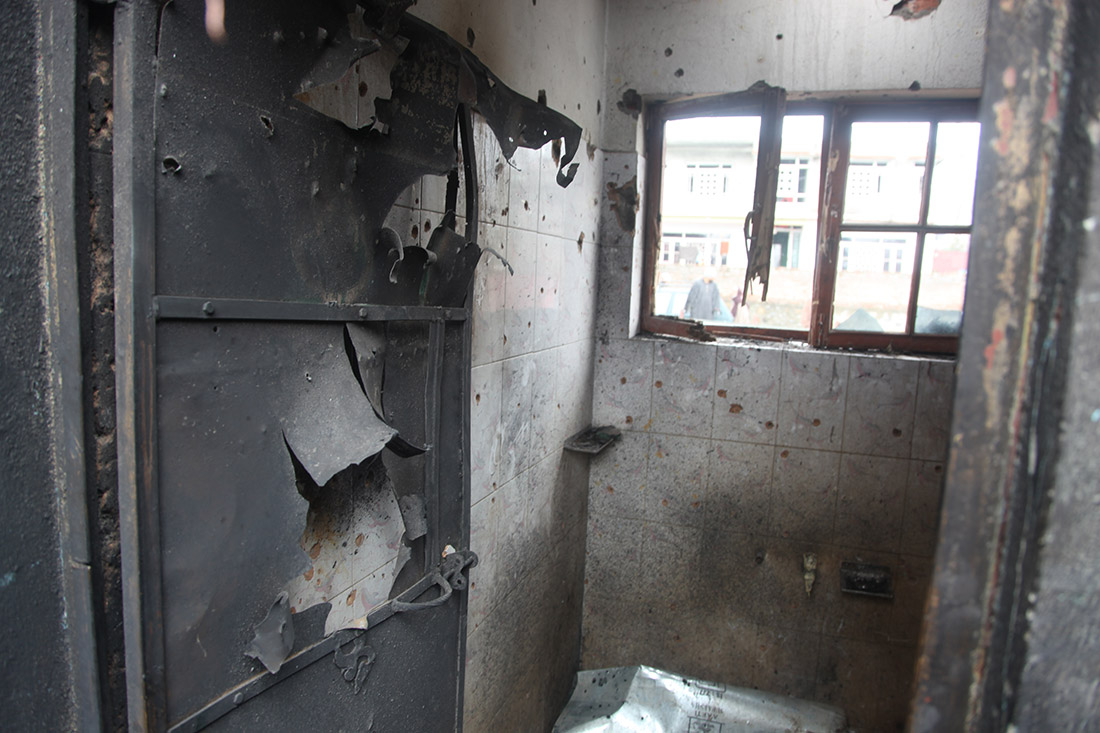 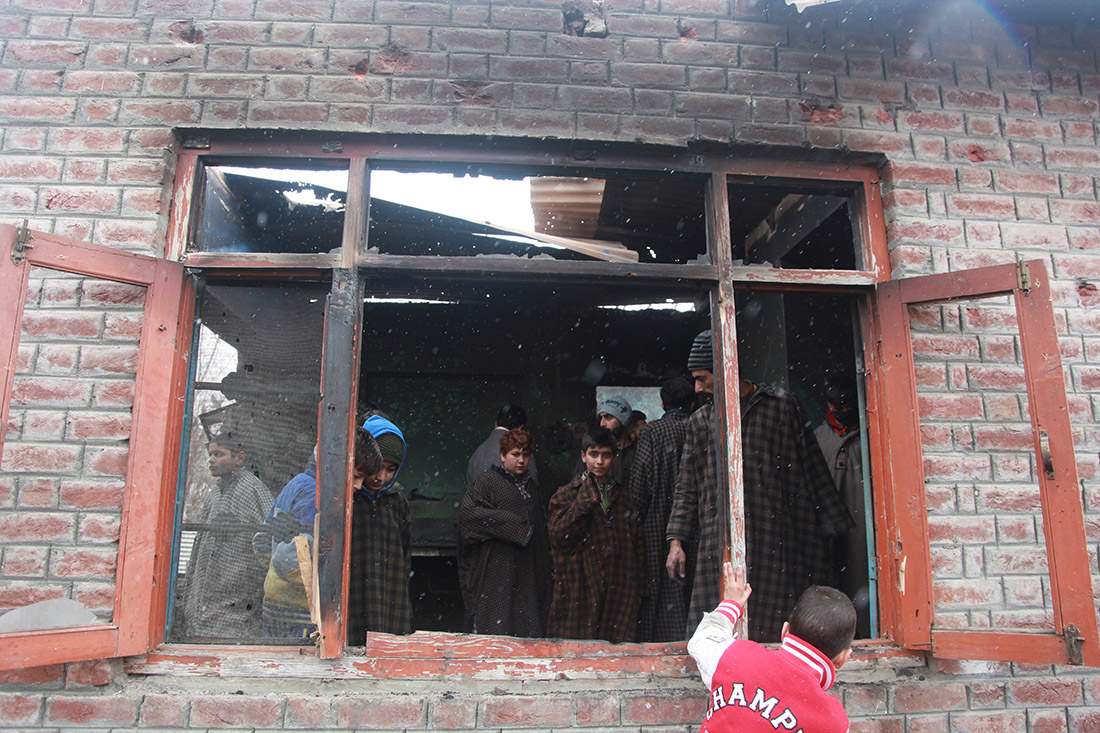 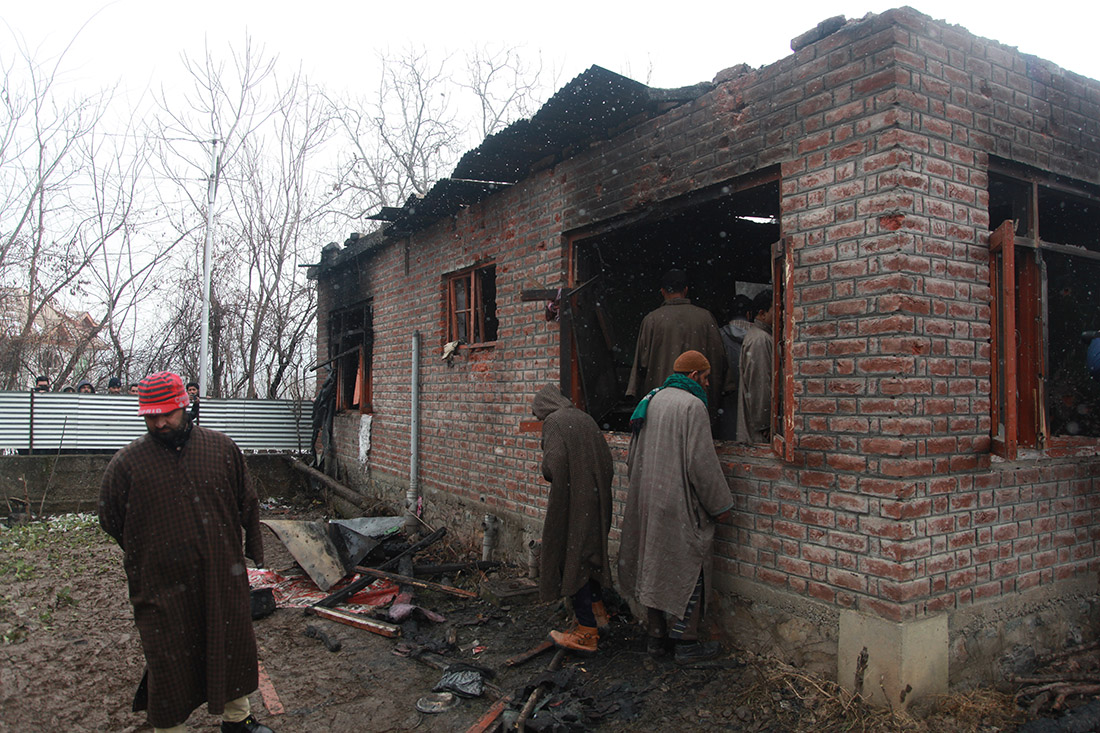 House damaged in encounter in Khanmoh Srinagar where militants killed