Pondicherry University is witnessing its highest ever fee hike in history. Soon after the prospectus for the next academic year released, students have planned to go for an indefinite strike against the unprecedented fee hike. 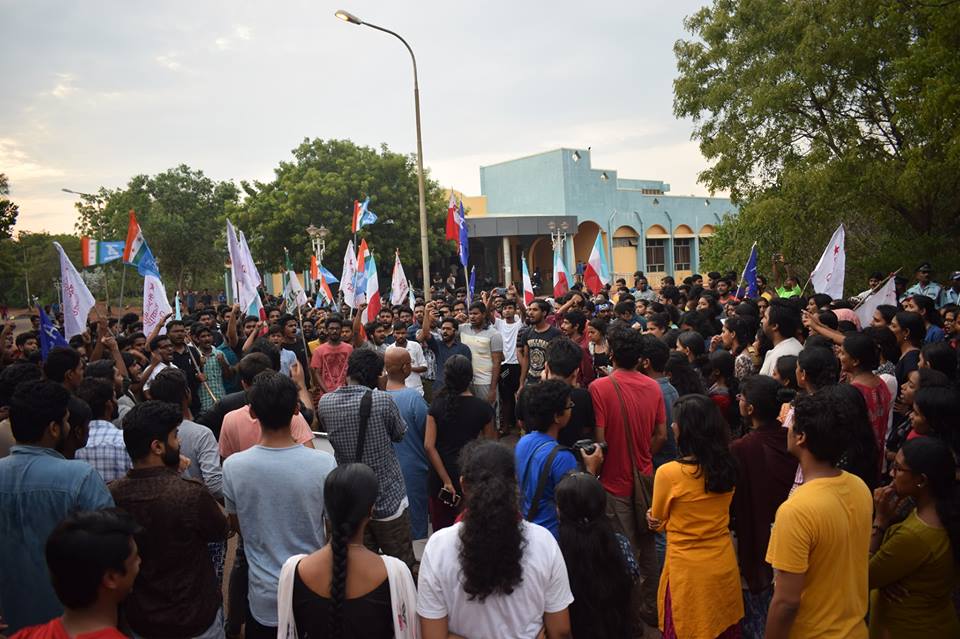 According to the existing fee structure itself, Pondicherry University is having the highest fee-consuming institution among the central universities in India. It is then, the university has risen the fee to double and triple in some of the departments. In MCA department alone, the new fee structure is 225% more than the existing one. It follows like, 182% in Computer Science, 125% in MBA, 56% in Ph.D programmes, 50% in integrated programmes and 40% in MA programmes. 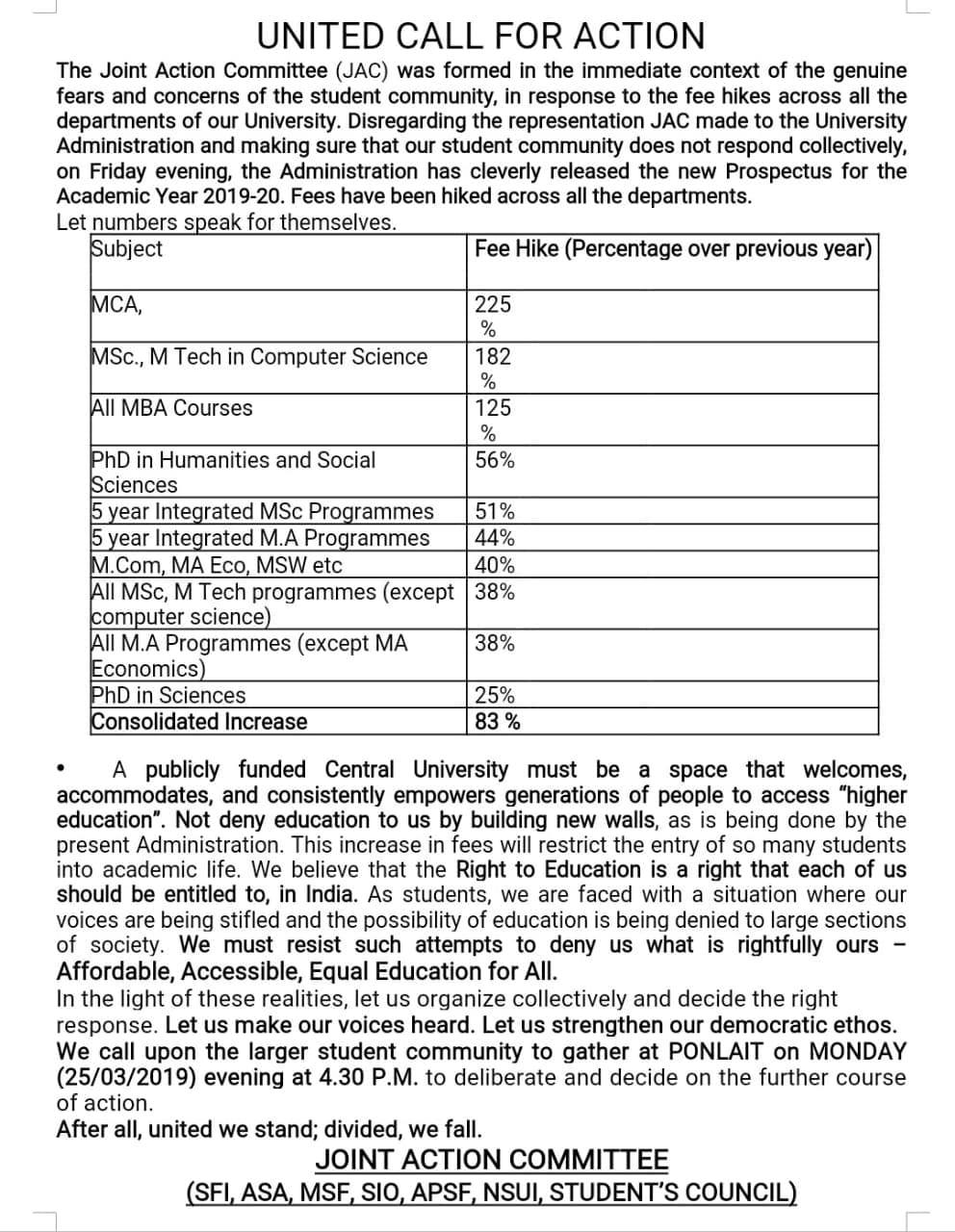 The protesters are demanding to revoke the whole fee which has been risen, unconditionally. Other demands include the implementation of 25% reservation for Pondicherry students who have no any other public institution to go for higher studies after graduation, allotting hostel facility for Dalit students from Pondicherry and revaluation facility in the examination. 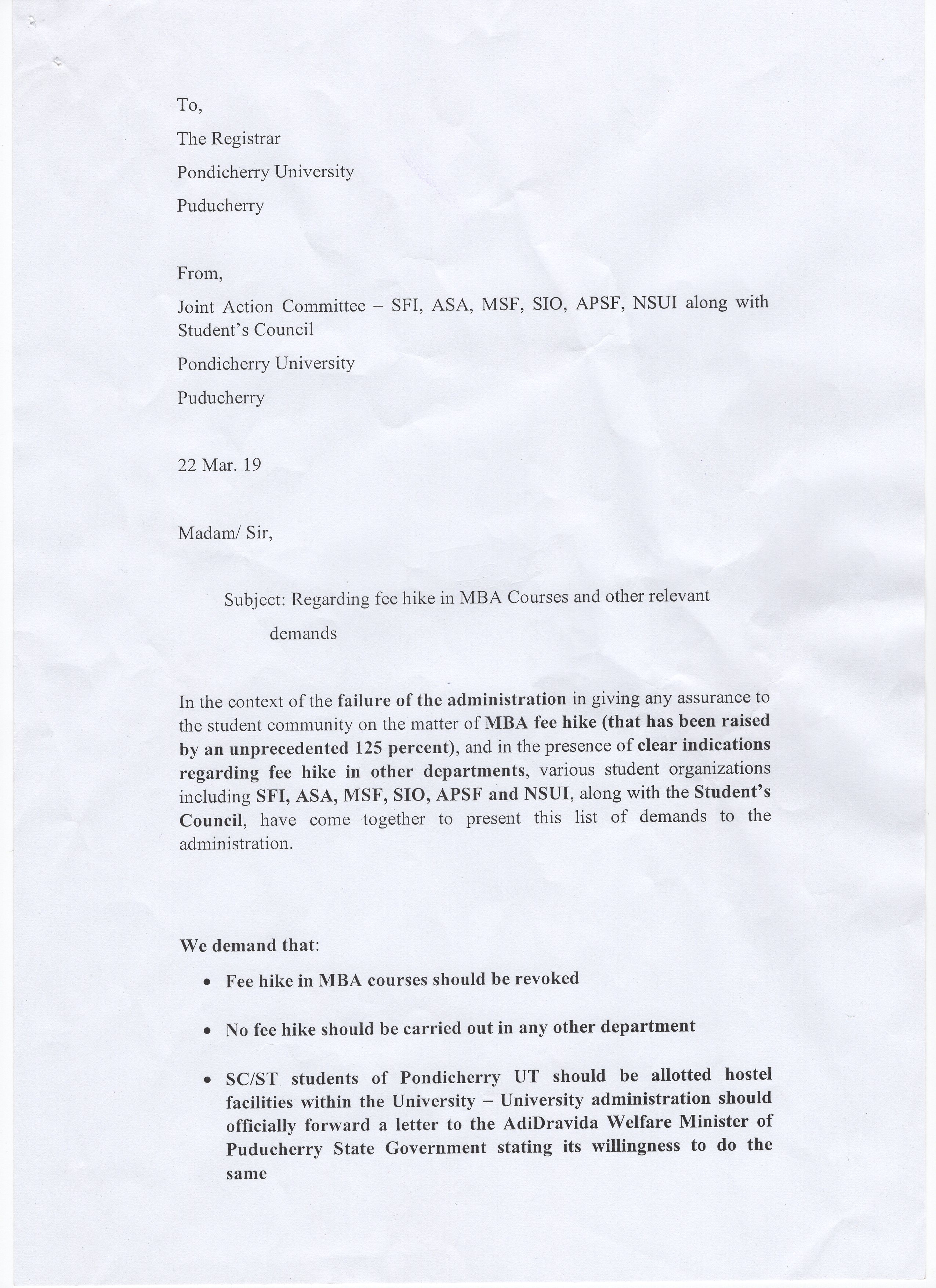 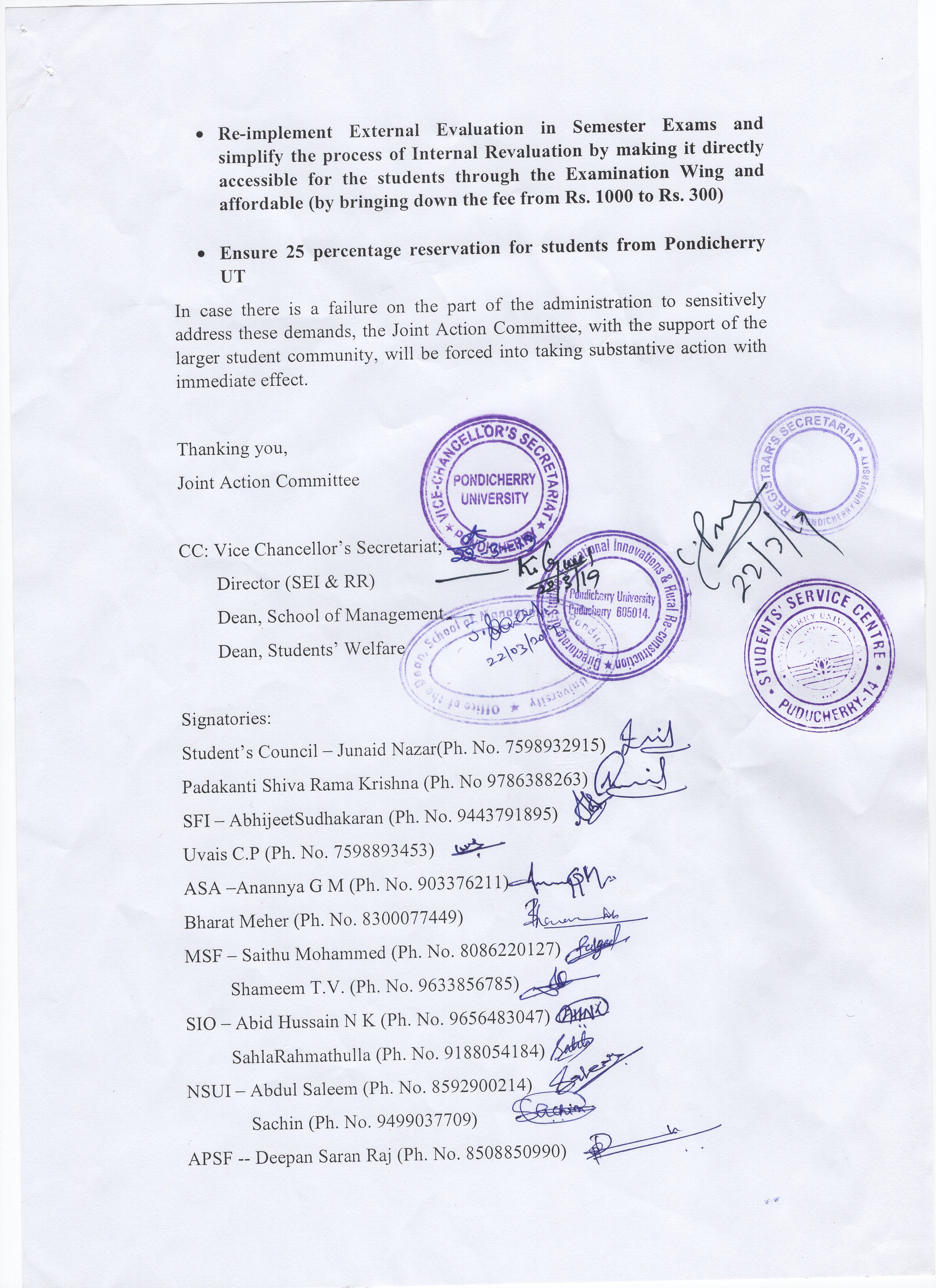 Students have formed a Joint action committee (JAC) including ASA, SIO, MSF, APSF, SFI, NSUI and the Students council. The committee has planned for a public convention on Monday and to move on with the protest. 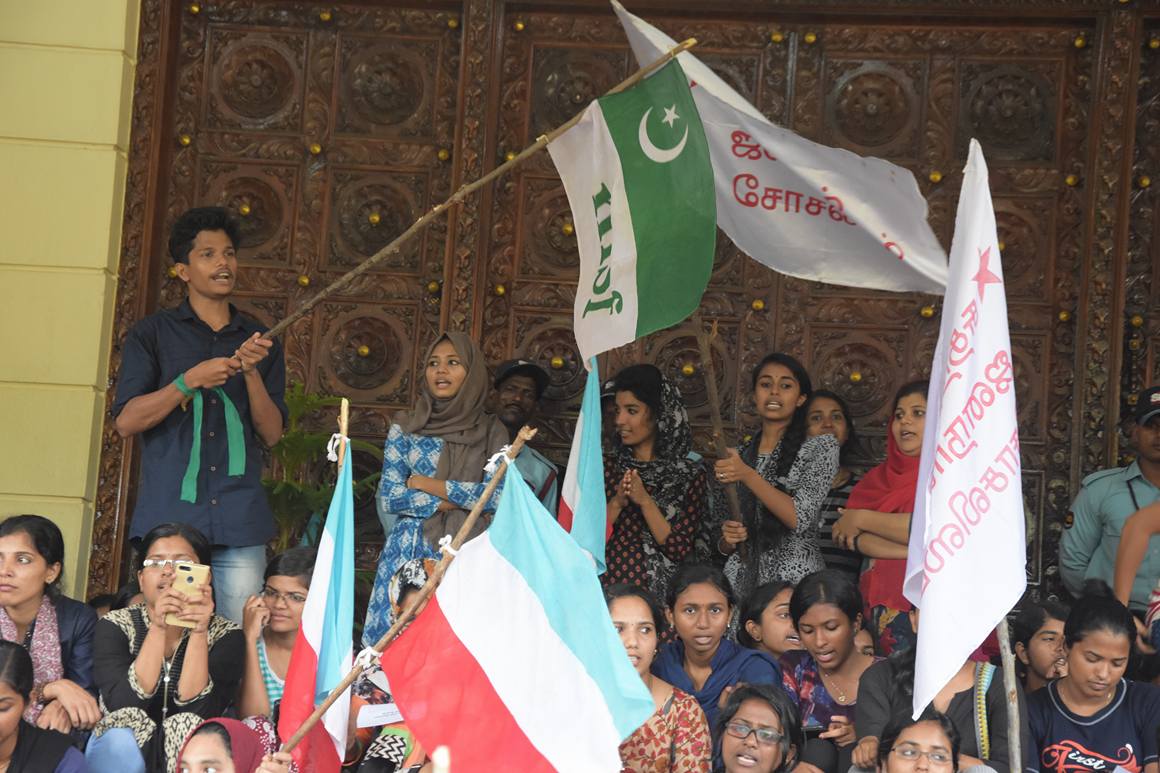 “we must resist such attempts to deny us what is rightfully ours- Affordable, accessible, equal education for all”, says the pamphlet by JAC.