In last 2-days, Kashmir witnessed four gunfights between militants and security forces at different places wherein eight militants and a civilian were killed.

In one of the gunfight that erupted in Hajin area of north Kashmir on Friday, a 12-year old boy, Atif was also killed along with two militants. 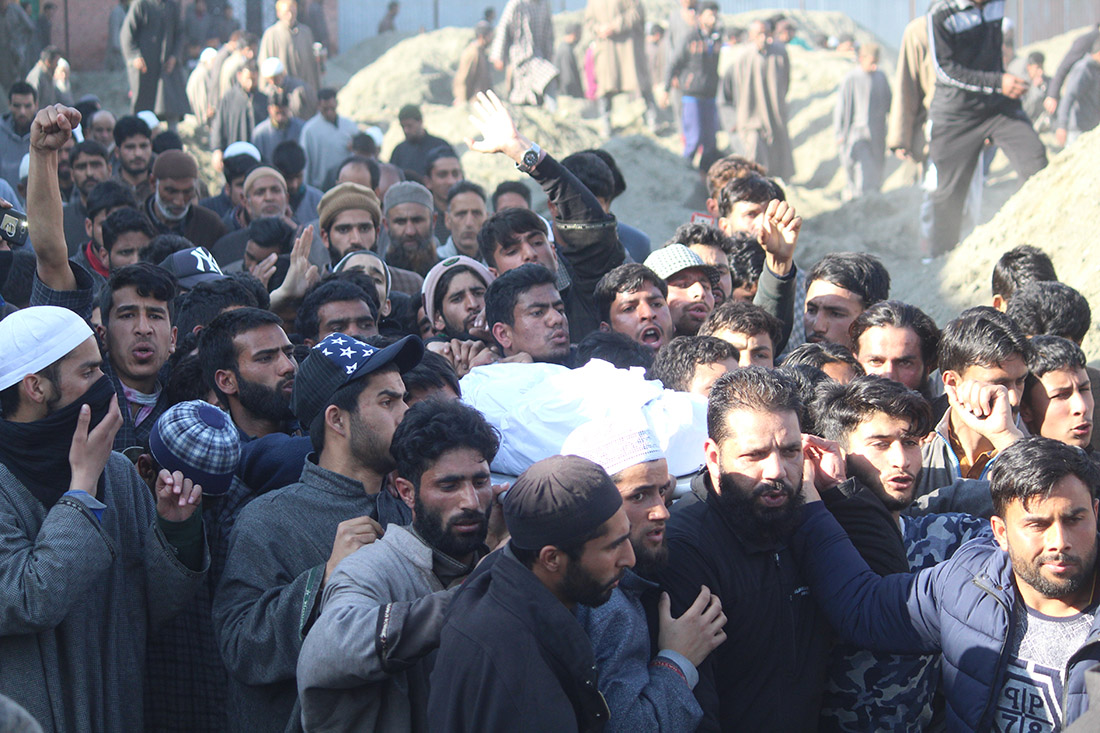 Police claimed that militants held the minor hostage and subsequently killed him. 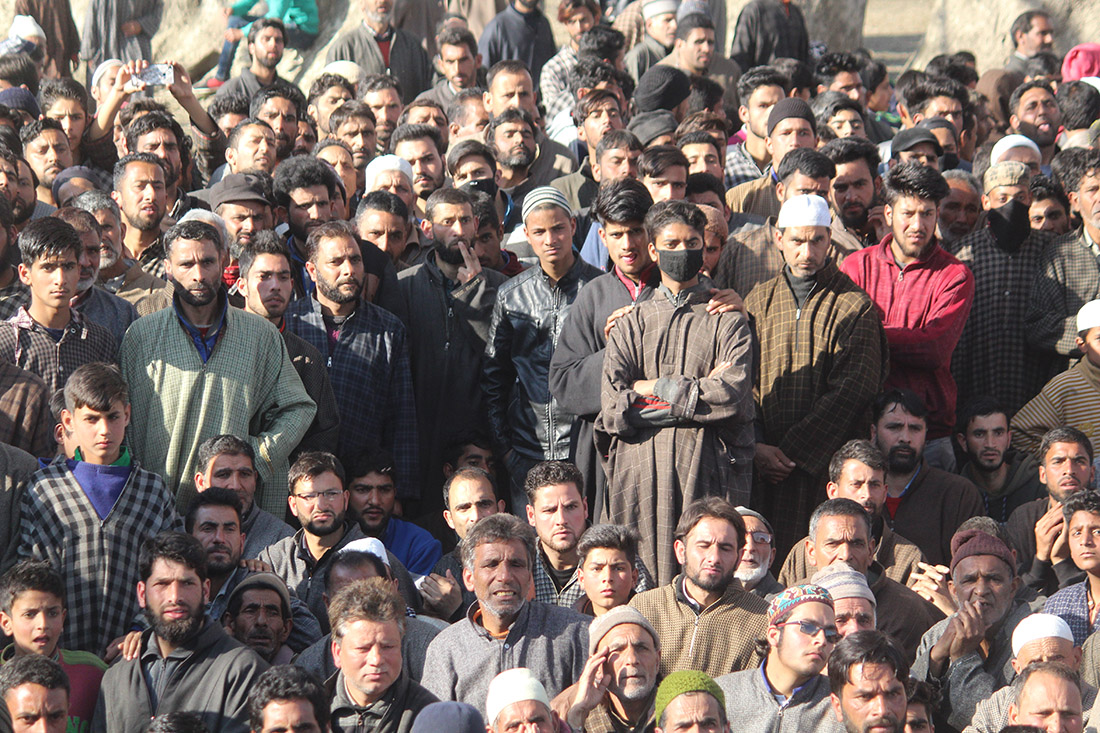 Second encounter erupted in the Ratnipora area of South Kashmir’s Shopian district after militants opened fire on security forces during a search operation in the village. 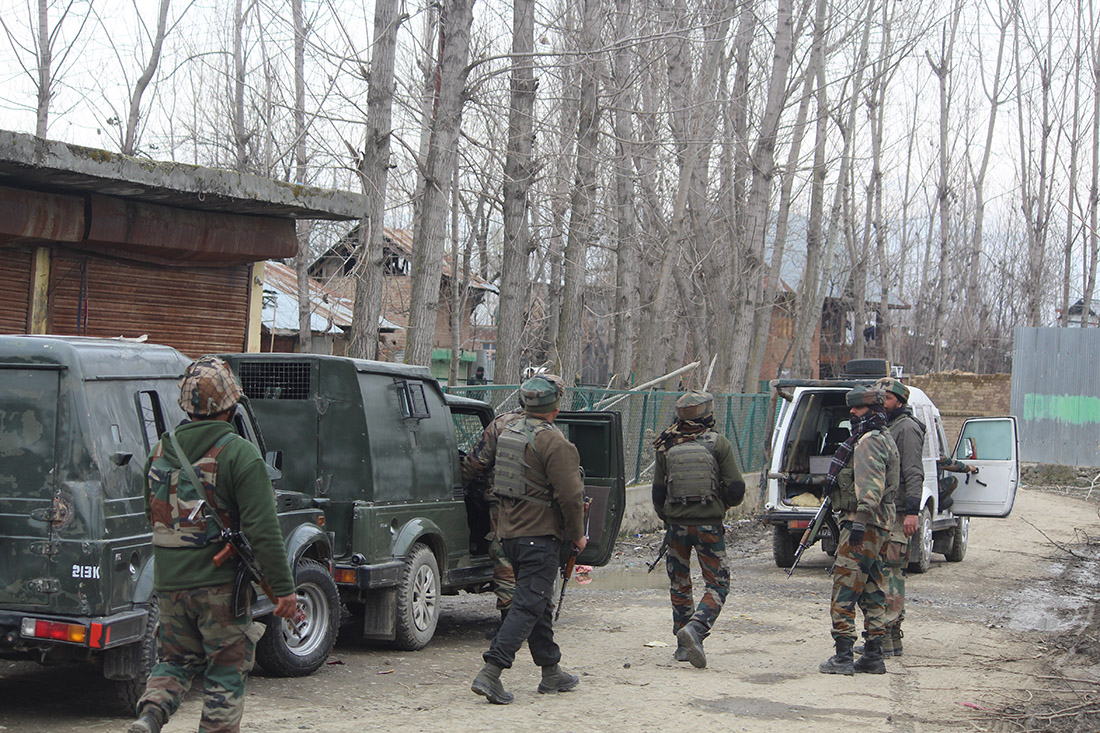 The encounter ended with the killing of two militants. Following the death of militants clashes broke out between youth and security forces in the area. The protestors hurled stones on security forces who fired tear gas shells and pellets, leaving several protestors injured. 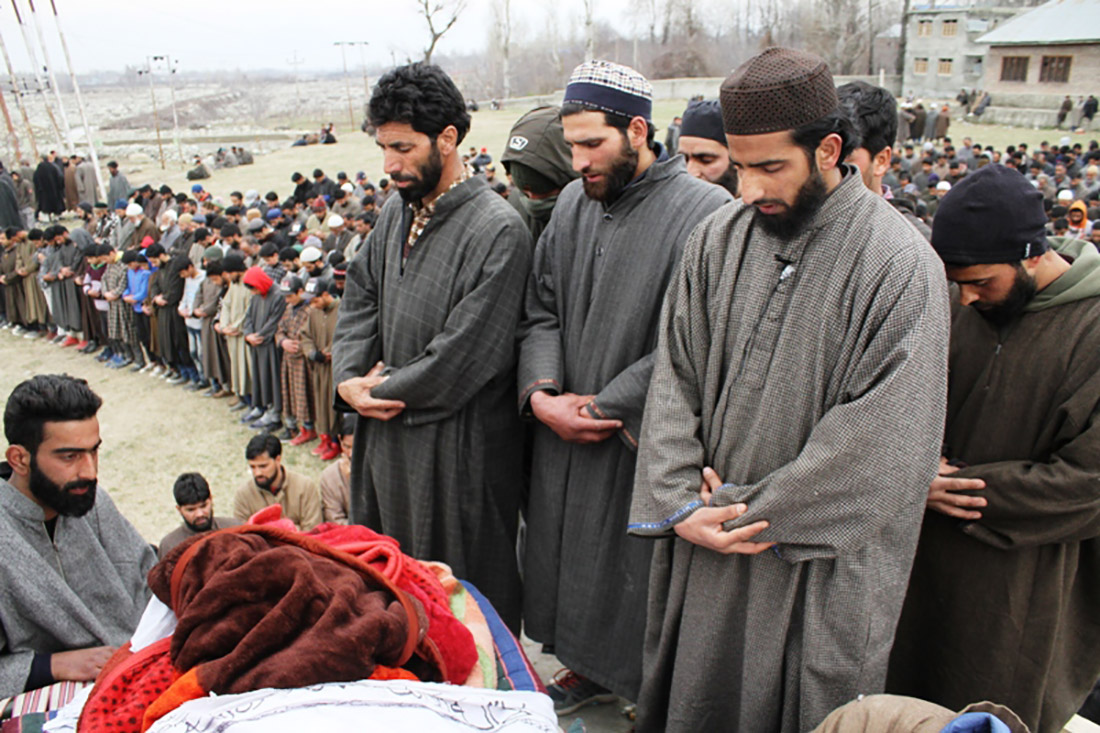 At the funeral of Suhail Ahmed in Shopian

Two more militant were killed in the third gunfight that erupted in Sopore’s Warpora area on Friday. 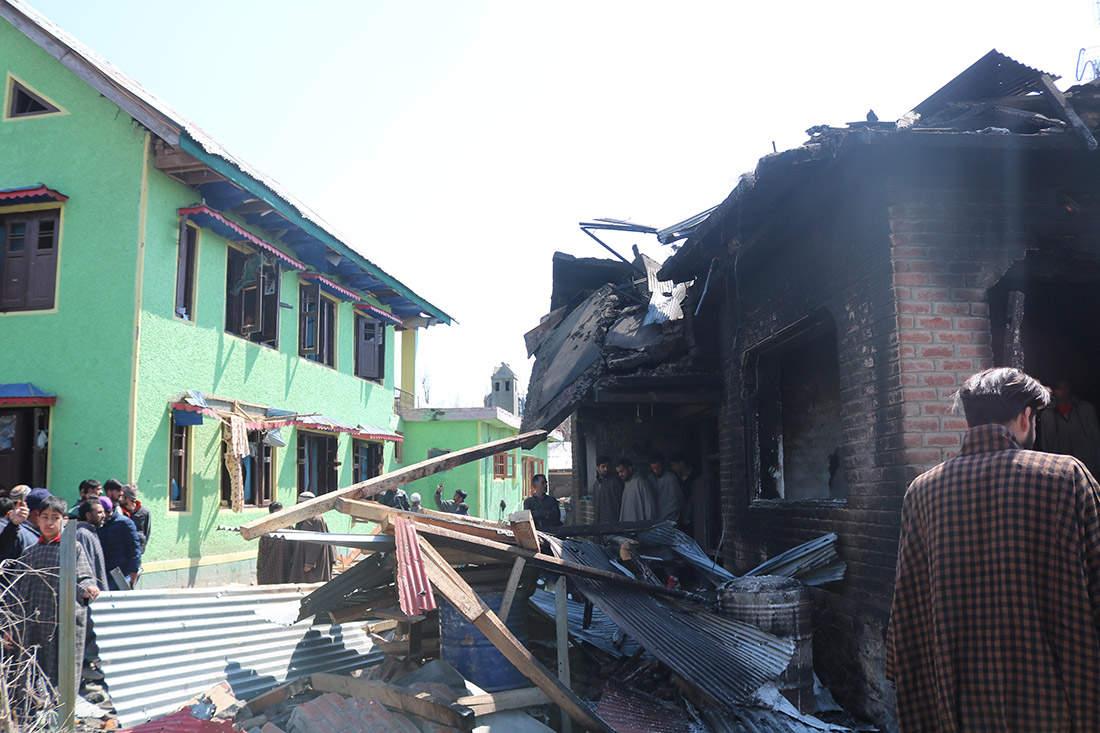 A house damaged in a encounter

One Militant was killed last evening while as another one was neutralized today. 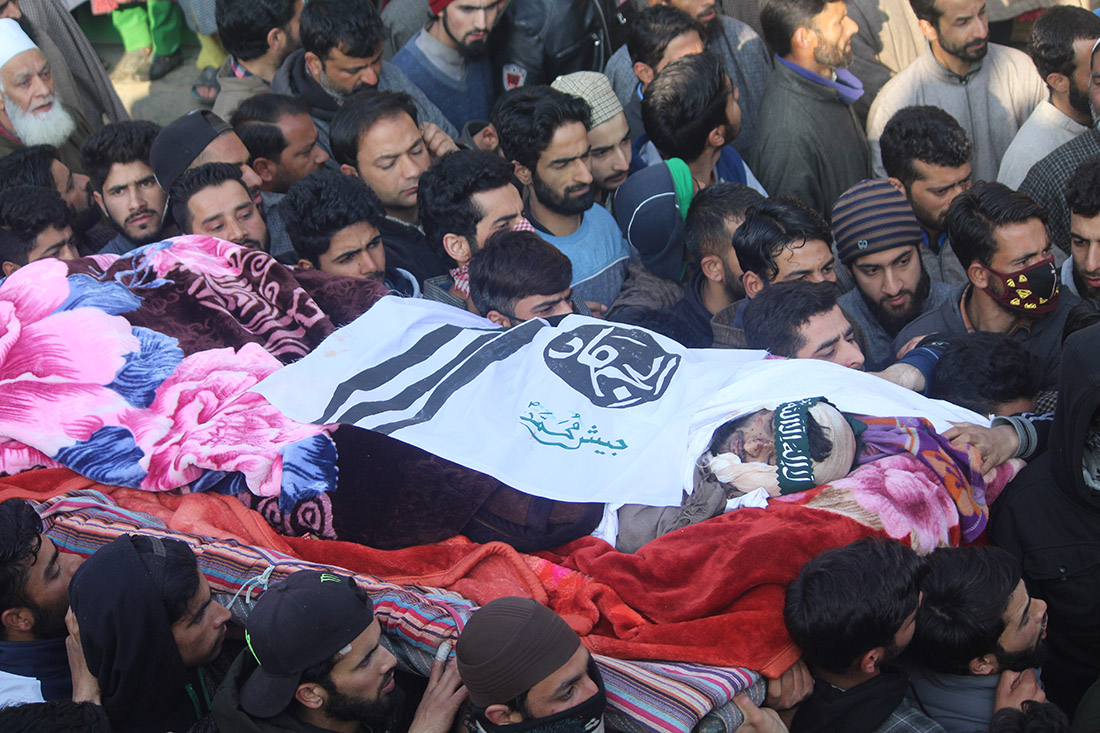 Funeral of Amir at Sopore

As a precautionary measure, internet services have been snapped in Shopian and Sopore while in other parts of south Kashmir, it has been reduced to 2G. All educational institutions have also been closed in Sopore. 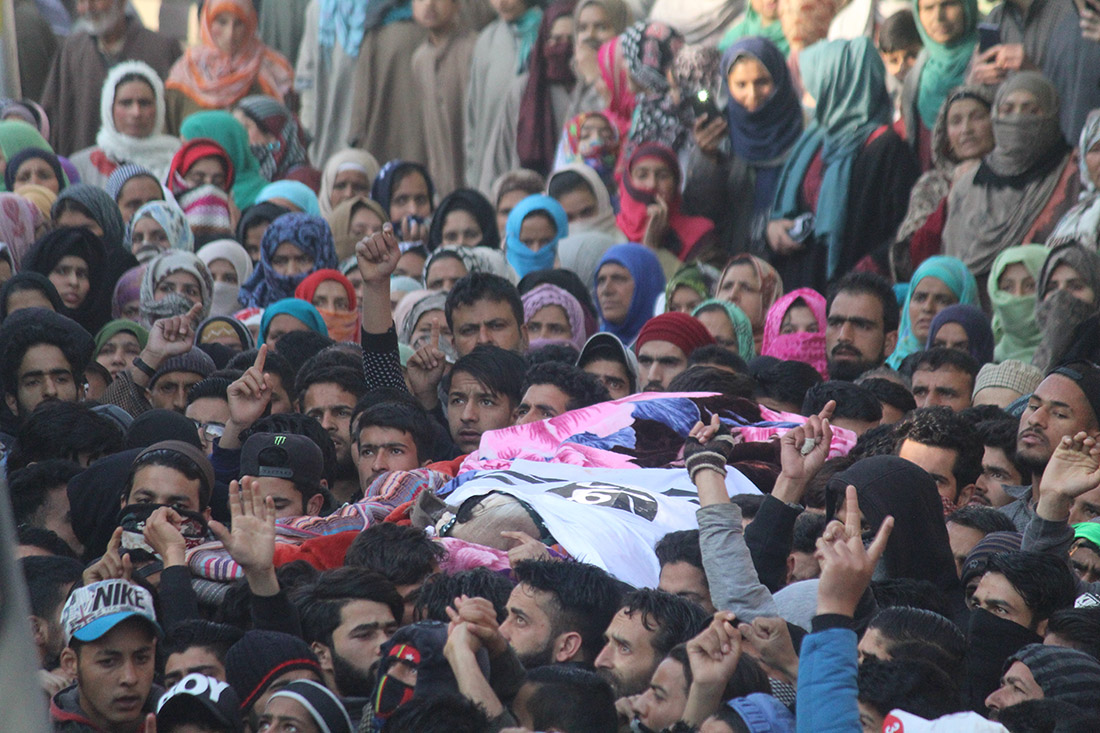 Funeral of Amir at Sopore

On Thursday evening, two Jaish-e-Mohammad (JeM) militants were killed in an encounter with security forces at Kalantara in Baramulla. Police claimed to have recovered huge arms and ammunition from the militants. 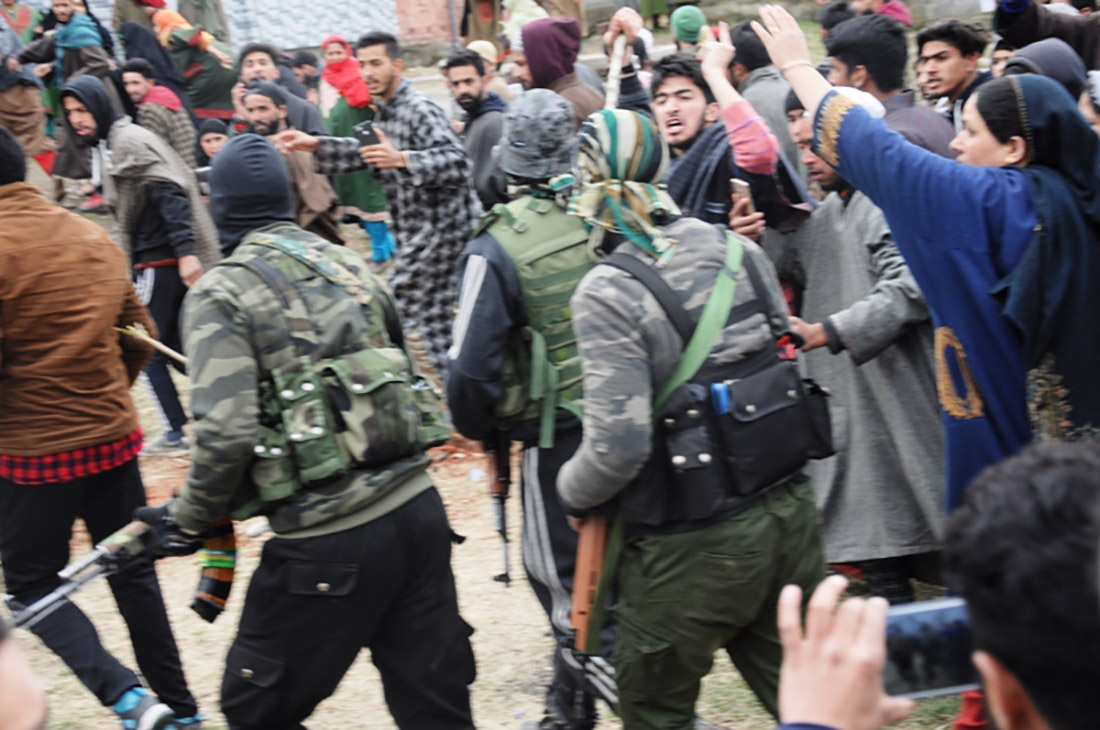 Some security force personnel has also suffered injured in the gunfights. 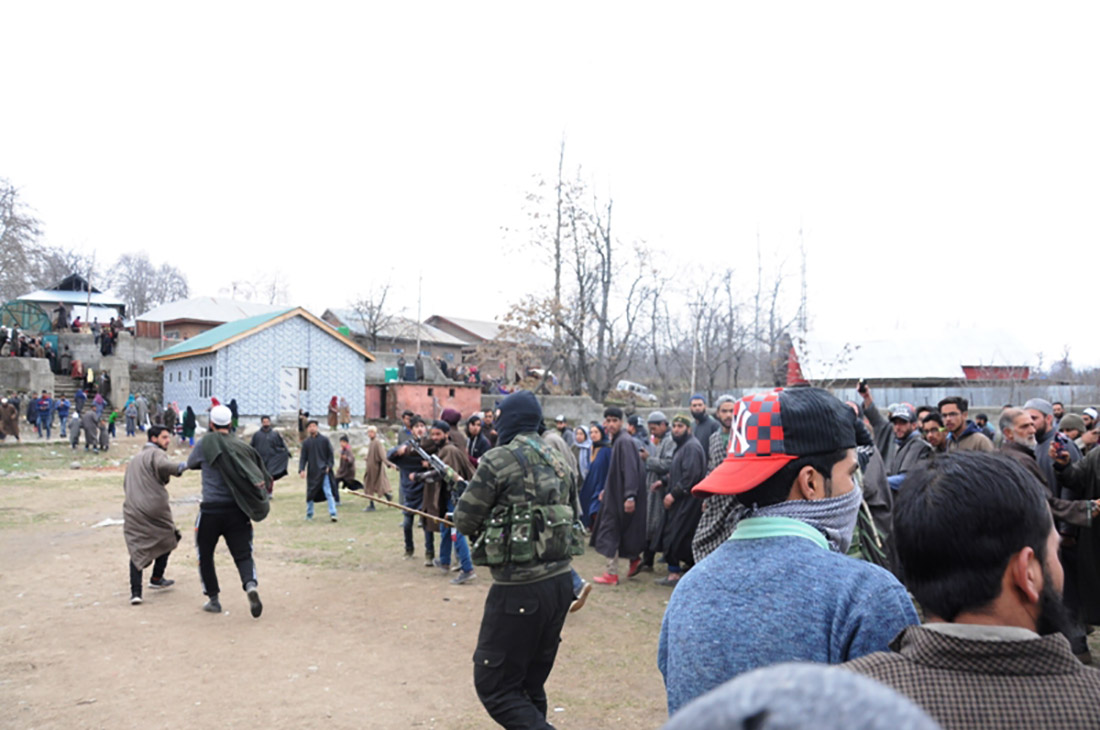