Majority of the polling booths wore deserted look during the second phase of Lok Sabha elections in Kulgam district as people preferred to stay away from the polls. The voter turnout was dismal and clashes between security forces and angry protesters were witnessed throughout the poll day. Today was the second phase of three phased polling for the Anantnag Parliamentary seat. 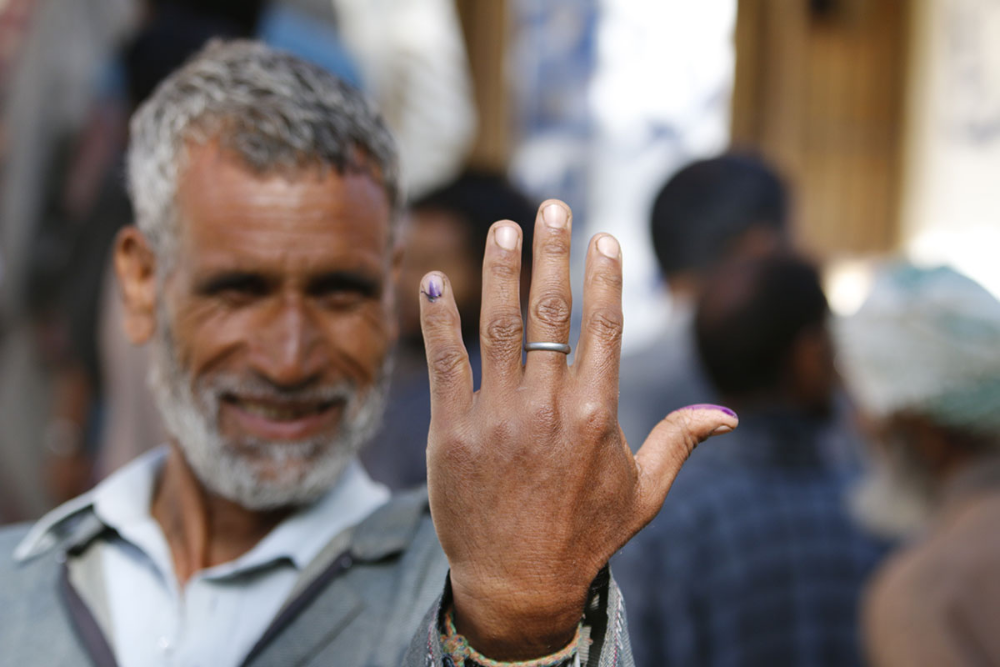 For the first time in the election history of Kashmir, the election commission has announced three-phase polling for Anantnag Parliamentary seat owing to the apprehension of violence. On Monday morning a few voters were seen casting their votes on the outskirts of the Kulgam. However, the township and the adjoining areas witnessed complete boycott and only a few votes were cast. Amid heavy deployment of paramilitary forces, people stayed indoors. 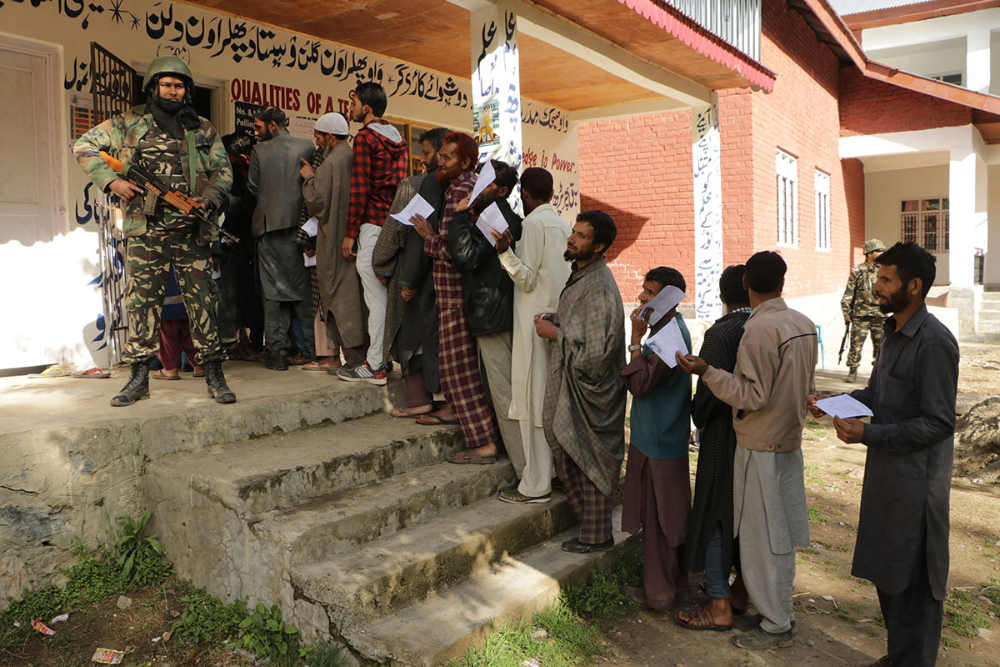 There are 18 candidates in the fray in this constituency, but the main contest is between Mehbooba Mufti of the People’s Democratic Party (PDP), Ghulam Ahmad Mir of Congress and Justice (Retired) and Hasnain Masoodi of the National Conference (NC). 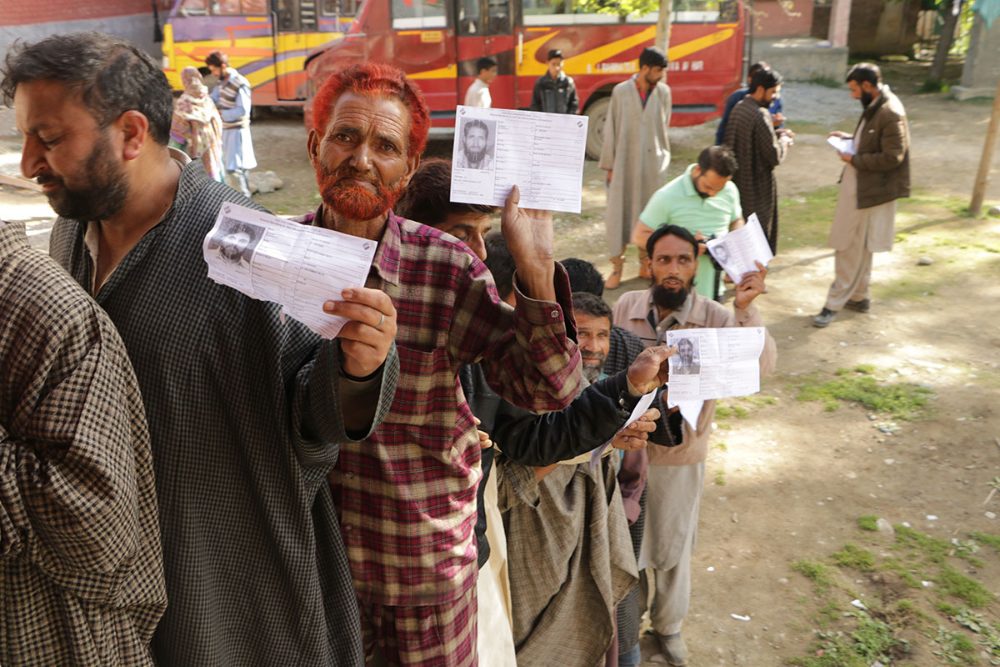 BJP has fielded Sofi Yusuf and the People’s Conference (PC), Choudhary Zafar Ali. In addition, there is a lone woman candidate, Ridwana Sanam who is contesting as an Independent. At several places, protesters blocked the roads by placing wooden logs and then resorted to stone pelting on the forces who responded by using tear gas shells leaving several injured. The worst clashes were seen in Khudwan and Khudwana where intense pitched battles between security and protesters were witnessed.  Intermittent clashes were on in the area till late evening. 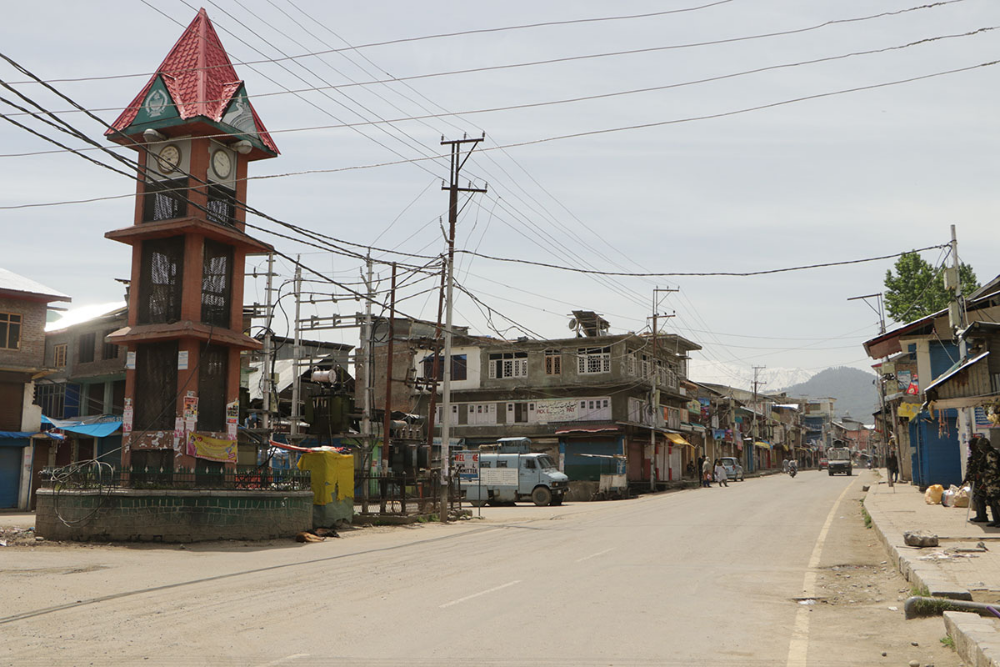 The separatists had called for a boycott of the election, just over 8 percent of those eligible had cast their votes by 3 PM, with only an hour left before polling closed.  Fearing the violence security forces were put on high alert for the voting day. 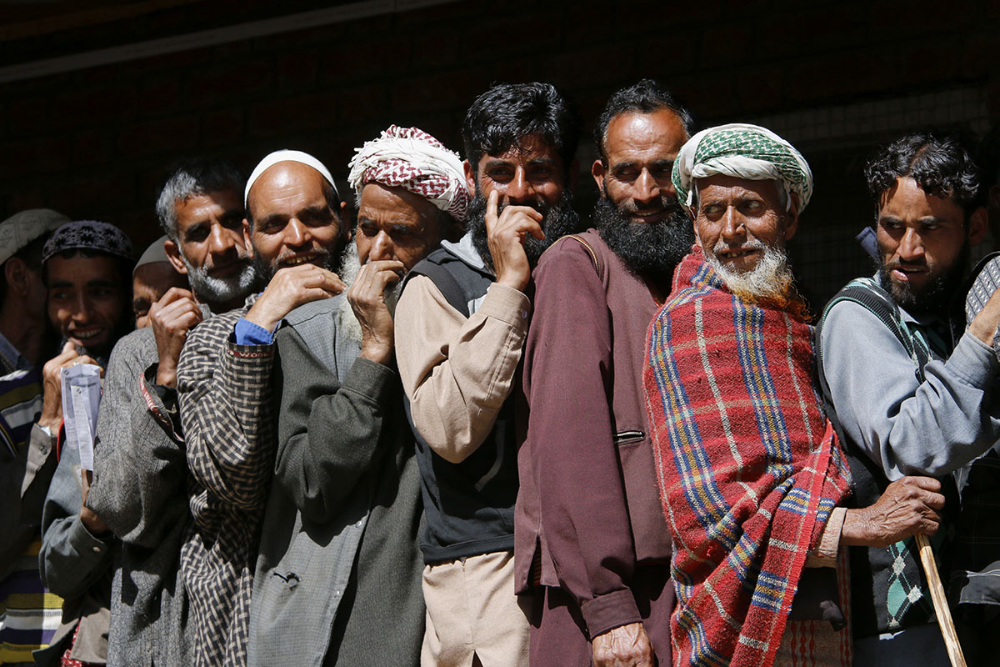 Majority of the people lacked interest in the polling exercise as they blame successive governments for the killings and bloodshed in Kashmir, “they are all murderers. Hands of everyone are drenched with the blood of our innocent kids. Before elections, they talk big, but change color once elections are over,” a local from the area said. 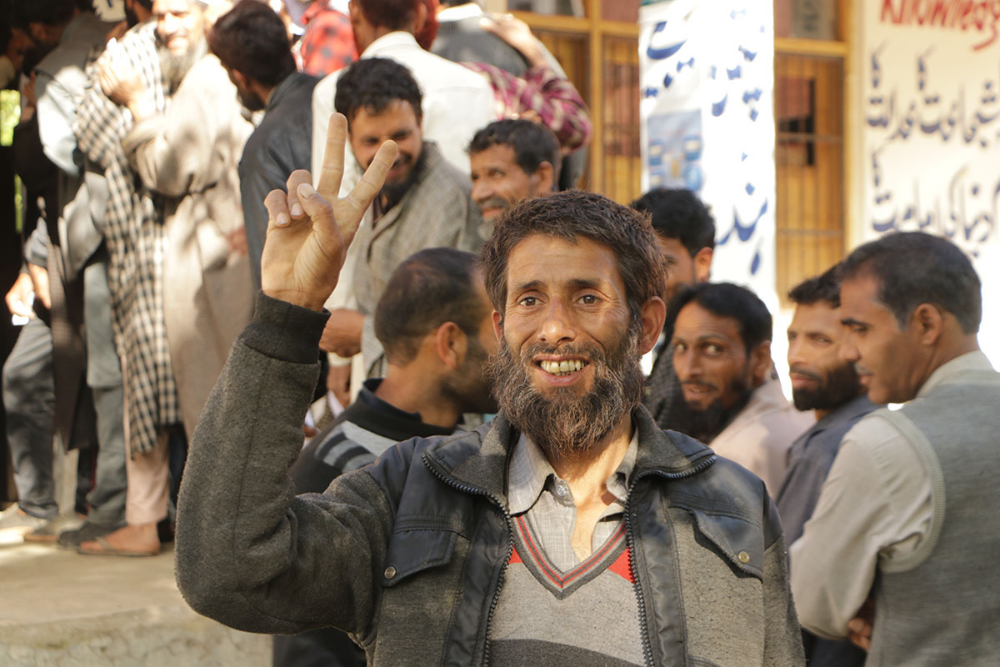 While as the people who came out to cast their votes believed that their participation would ensure good governance and development, “ our area has no roads and drinking water. voting will give us a good leader who can solve our day to day problems. In the previous election, the candidates promised us about development but failed to deliver,” Abdul Rasdded a local said. 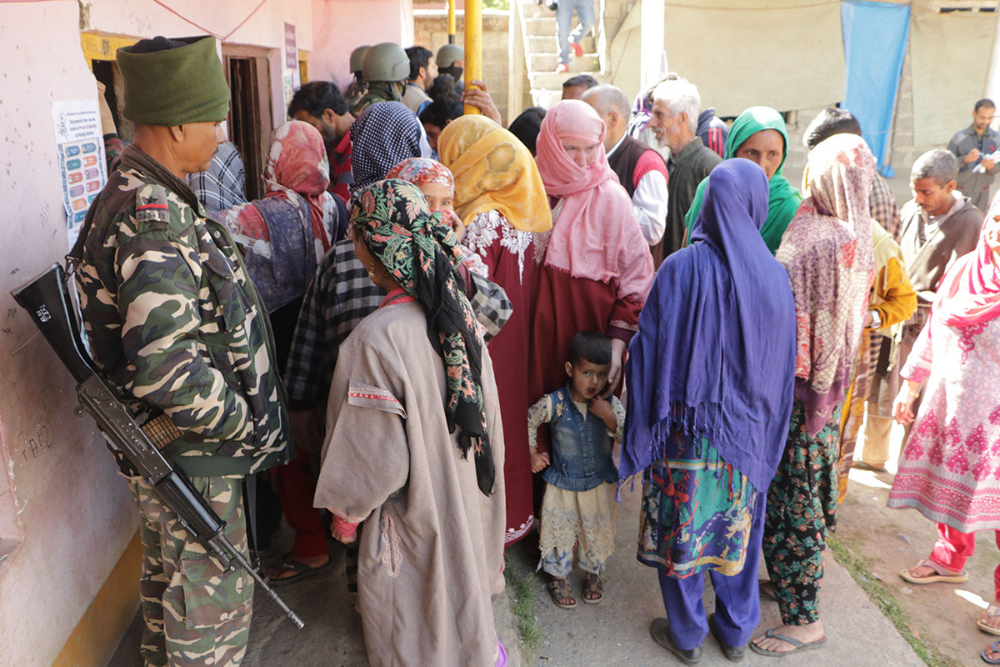 The Joint Resistance Leadership comprising Syed Ali Geelani, Mirwaiz Umar Farooq, and Muhammad Yasin Malik had called for a valley-wide shutdown on April 13 and asked the people to stay away from the  elections, stating that the entire exercise was “futile and a military operation aimed at diluting the core issue of Kashmir.” 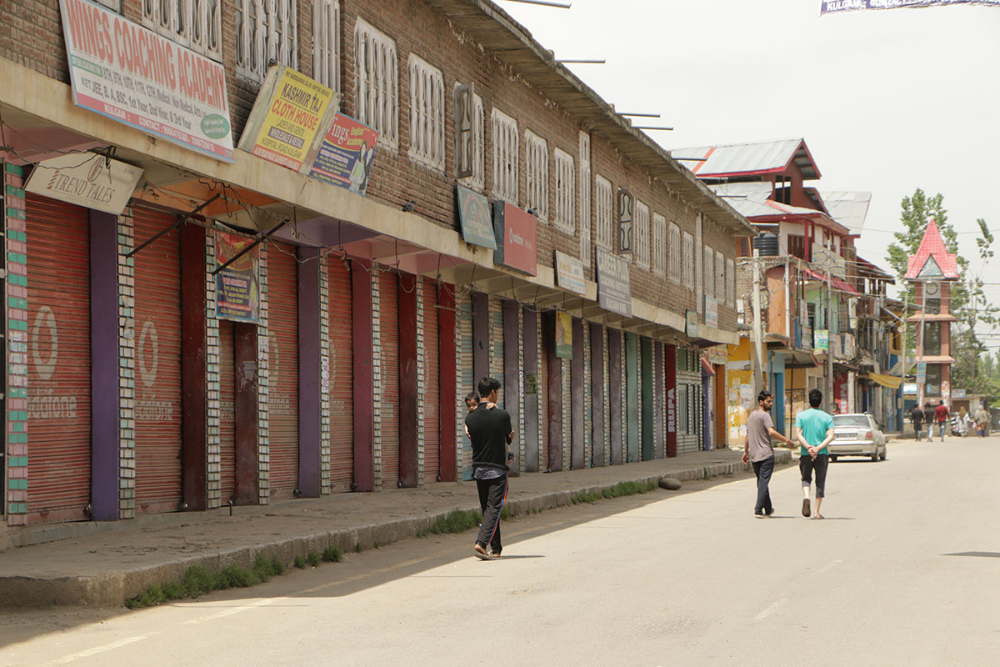 Roads leading to kulgam wore a deserted look as commercial establishments remained closed while traffic was off the roads. Very thin private transport was seen in other parts of the south Kashmir as well. 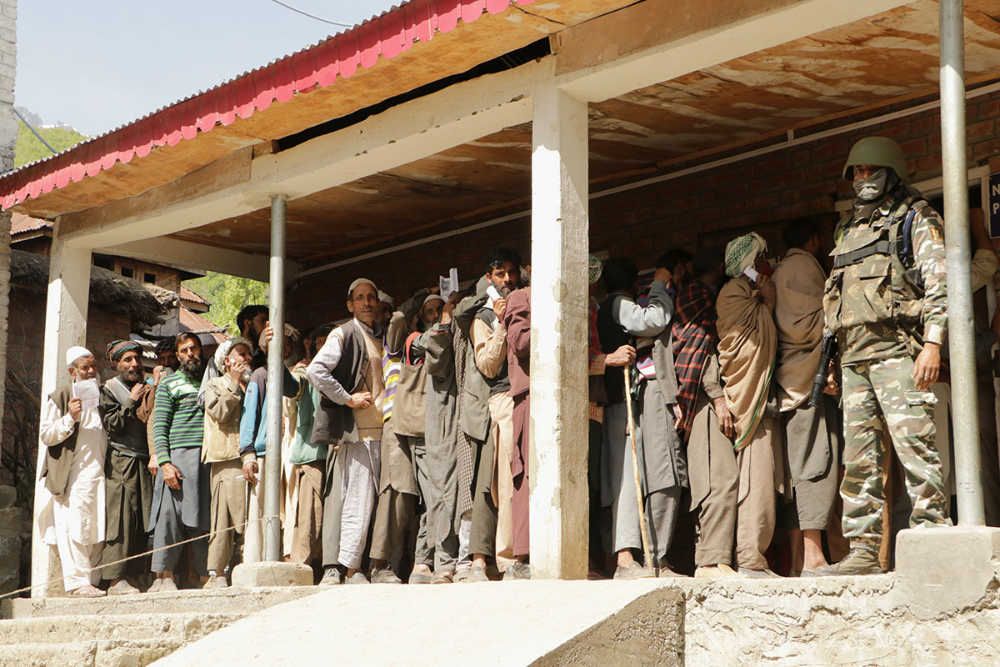 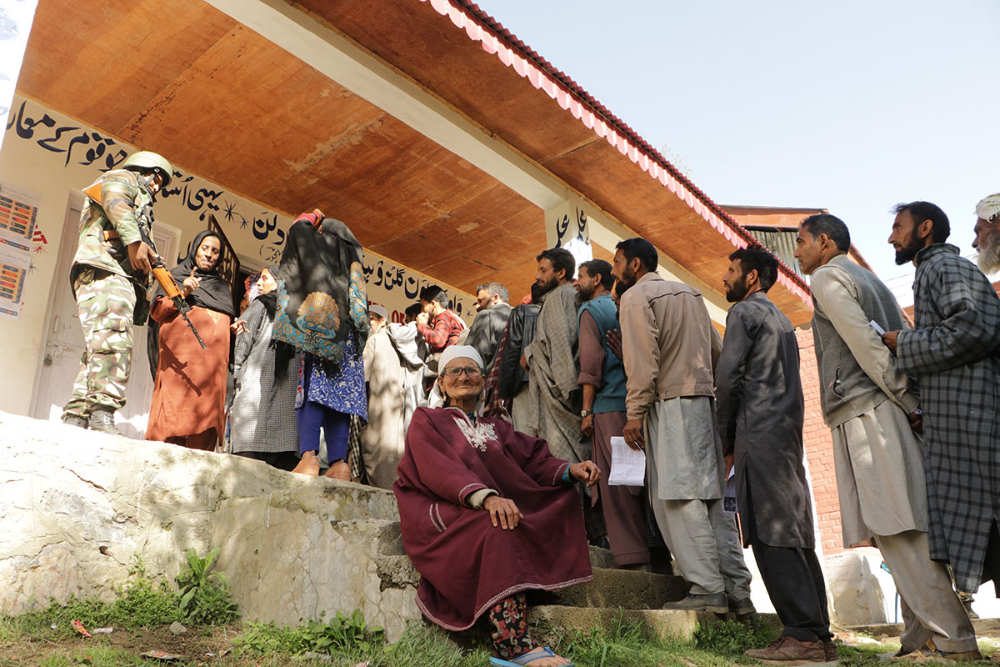