On 21st May, sohabjeet landed in Kashmir to earn decent income and improve the living conditions of his poor family in Bihar. Four days later, he is lying on a hospital bed with pellets marks all over his face and a perforated left eye. The eyesight of a teenage laborer has been severely affected due to pellets that were fired at him during protests in Pulwama. 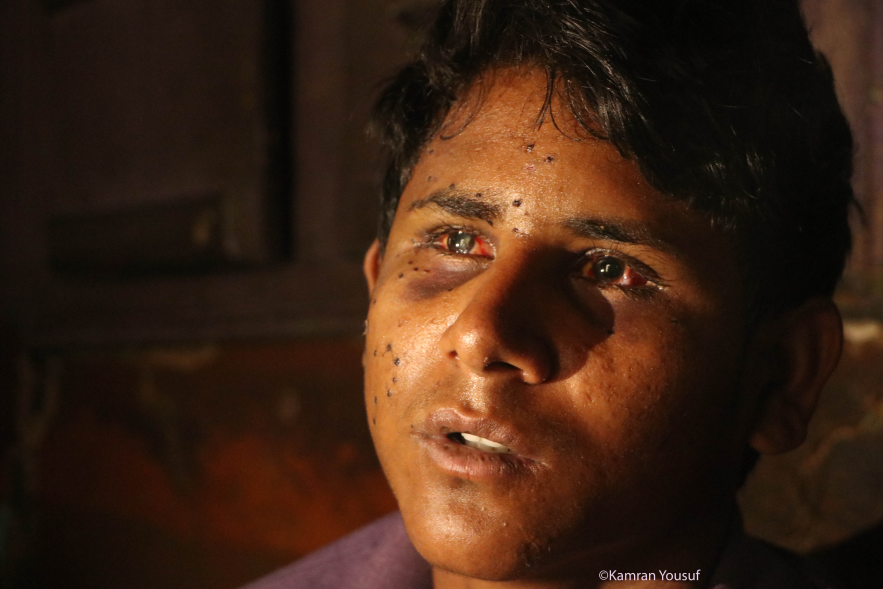 Intense clashes had erupted in the area after the killing of militant commander Zakir Musa at Dadsar Tral on May 25. Several other persons also sustained such injuries there. A resident of Ariyia in Bihar, he was working as a laborer in the Pulwama town. On the fateful day, he, as usual, left his rented room along with fellow laborers for work. The morning was pleasant and the day went well. However, the situation turned dramatically by the evening with the killing of Ansar Gazwat-ul Hind chief, Zakir Musa on 25th May. As the news of his death spread, youth poured onto the streets and clashed with forces, bringing the life to a halt. 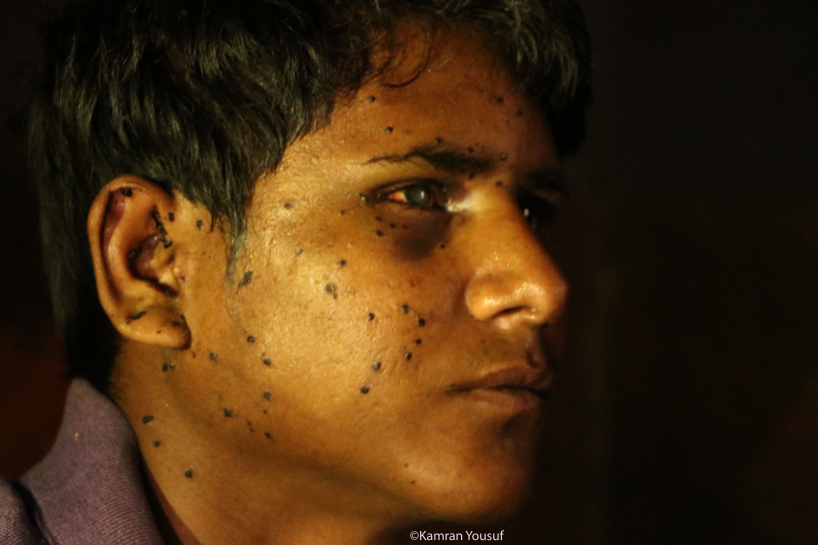 Amid the deteriorating situation, the teenager started moving towards his rented accommodation at Murran Chowk. Amid clashes, the security men fired pellets that hit Sohanjeet direct on his face. He fell there with blood oozing from his face. 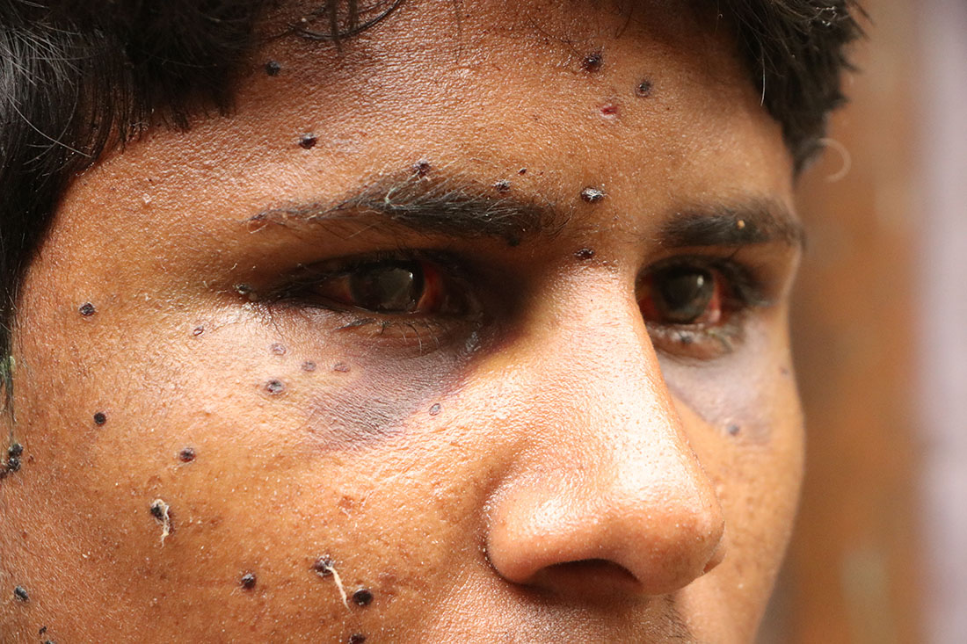 Sohanjeet was accompanied by his fellow non-resident laborers. With the help of some local youth, Sohanjeet was moved to district hospital Pulwama. Seeing the critical nature of his eye injuries, the doctors there referred him to SMHS hospital in Srinagar for advanced treatment. He had received bilateral eye injuries. His retinas are damaged. The only thing Sohanjeet could see is darkness. 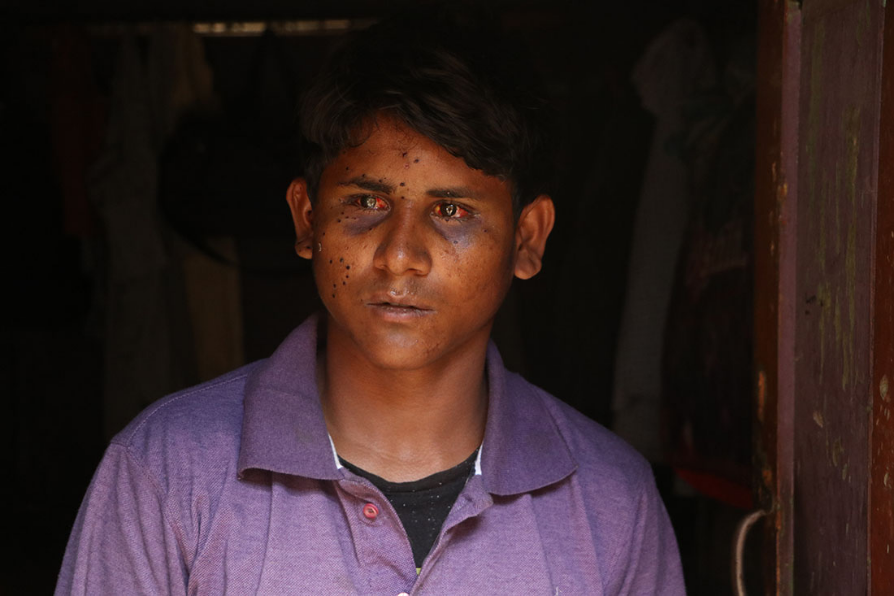 He had been given the primary treatment by the doctors at the hospital and has been discharged after three days of the keen observation at the hospital.

Sohanjeet was asked to report back to the hospital on Friday to see if there is any improvement to primary treatment. He is likely to be operated for the secondary repair to get his vision back. A Doctor who has seen him at SMHS told media that the future course of his treatment will be decided this week. “The injuries are of grave nature. We will see if he can regain his vision fully or partially only after the treatment,” doctors have told the attendants of the injured worker.