A physiotherapy student was among the two militants killed in an early morning gunfight with security forces on Thursday in Southern Kashmir’s Anantnag district. Police identified the two slain militants as Safdar Amin resident of Bijbehara and Burhan Ah Ganai alias Saifullah, a resident of  Anantnag District. Burhan  was pursuing Bachelors in physiotherapy and Safdar Amin son of Muhammad Amin, a resident of Zirora in Bijbehara. The duo, police said, was affiliated with Hizb ul-Mujahideen. 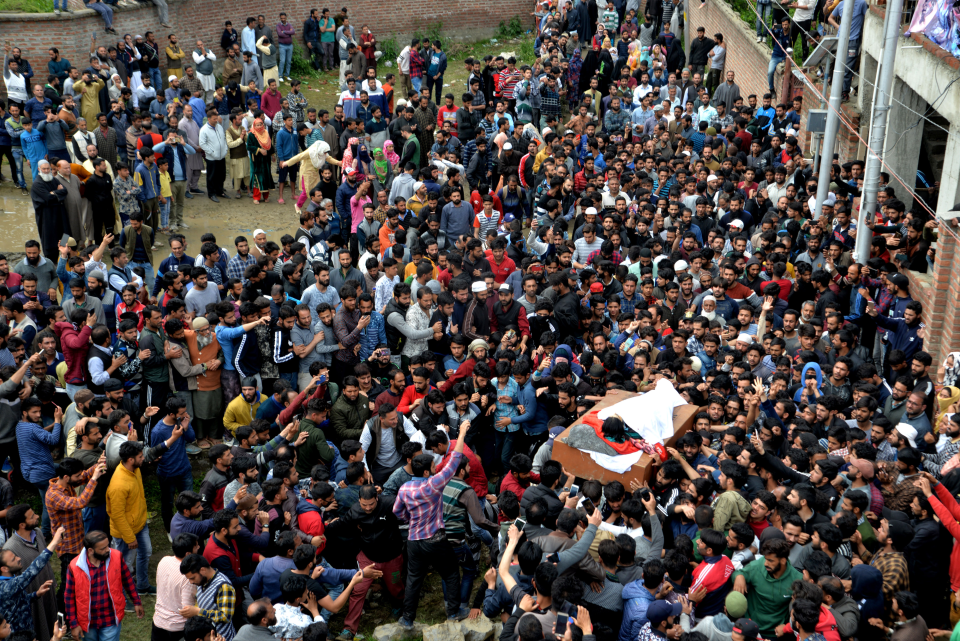 According to police, following specific information about the presence of militants a Cordon and Search operation was launched in southern Kashmir’s Anantnag Town. As the forces intensified the searches and zeroed in on the suspected spot, the militants opened fire on them triggering off a gunfight. 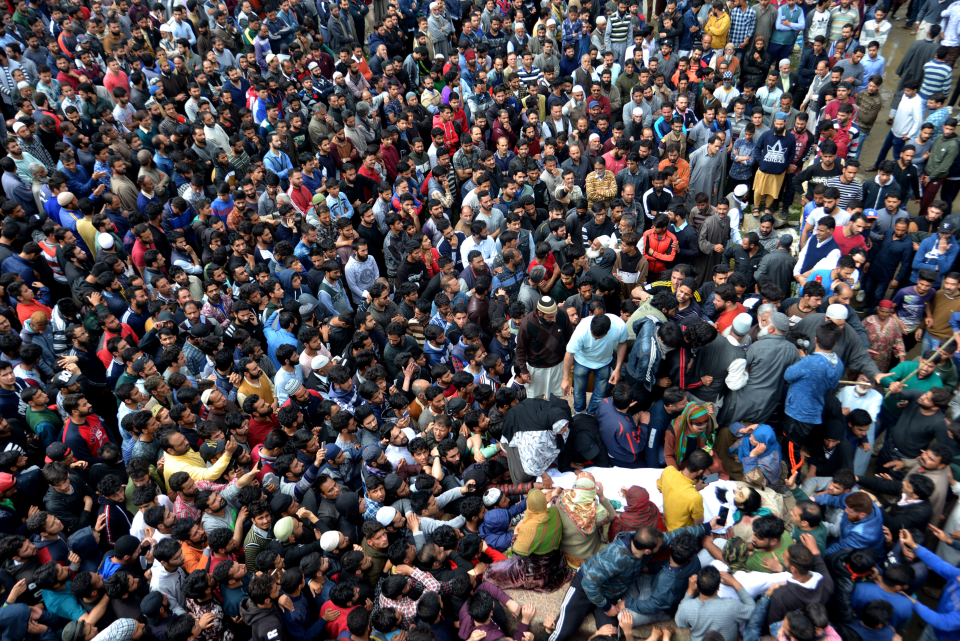 The CASO and subsequent killing of the militants triggered clashes near the encounter site and its adjacent areas. The killings prompted people to observe a complete shutdown in various area of Anantnag district.  Meanwhile, as “precautionary measures”  the authorities suspended the internet services in the area. 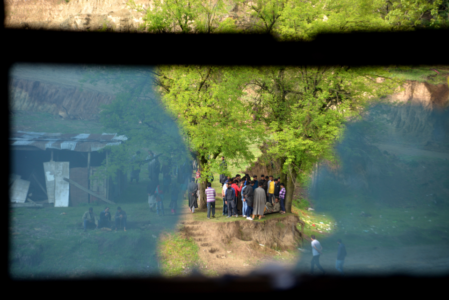 As the news of their death spread, people downed the shutters of their shops and locked other business establishments. A complete shutdown was observed to mourn the death of the youth. Thousands of mourners participated in the funeral of the slain militants at their native villages.  People from various areas marched towards the native places of the slain militants to participate in their funeral prayers. Amid pro-freedom slogans, the mourners carried the bodies of militants to the local graveyard where funerals were held. 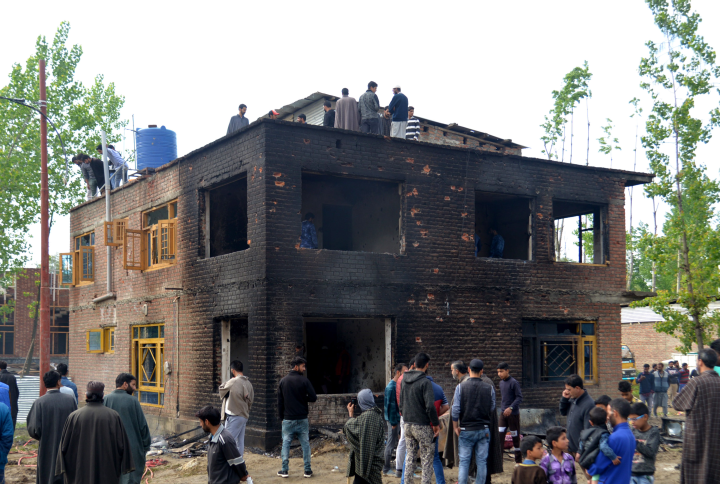 “They were wanted by law for their complicity in a series of terror crimes including attack on security establishments and civilian atrocities. Several terror crime cases were registered against them,” police said in a statement. 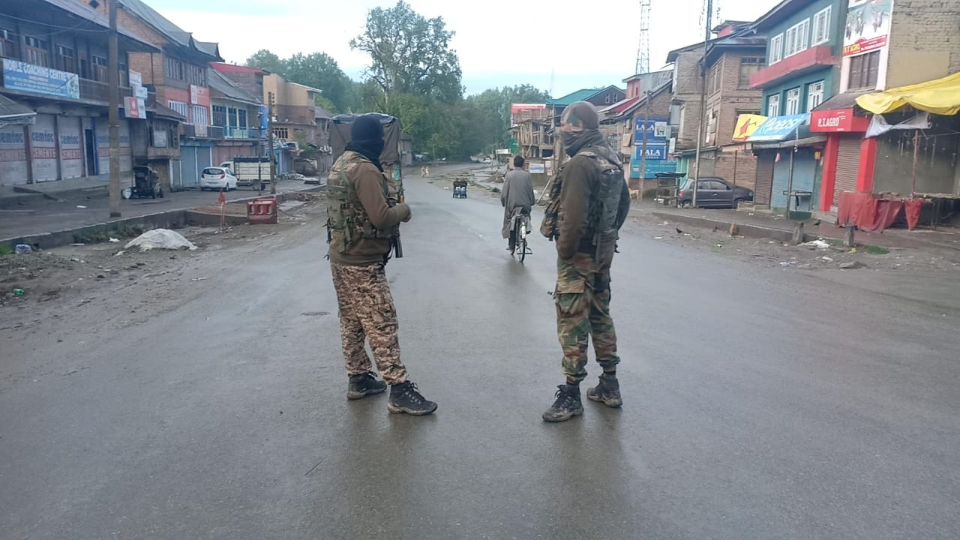 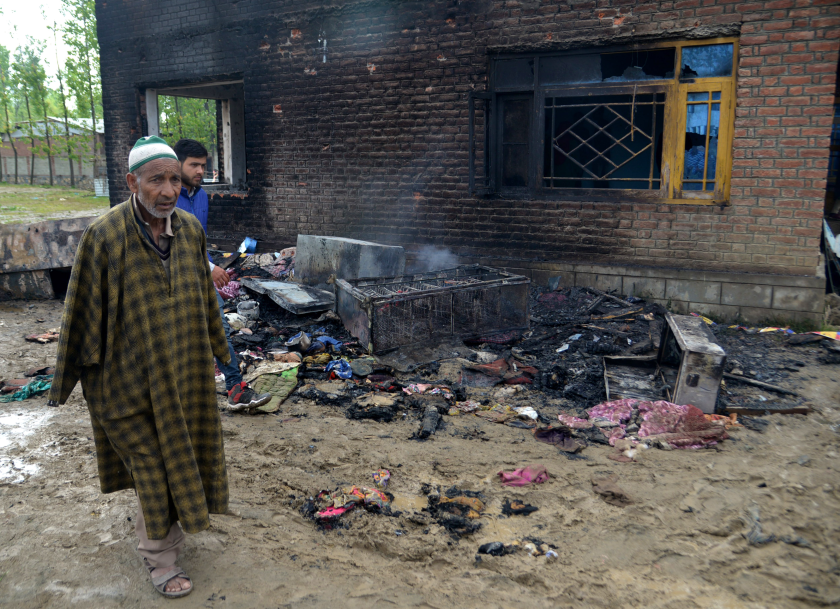 Police said that incriminating materials including arms & ammunition were recovered from the site of encounter. “All these materials have been taken in the case records for further investigation and to prove their complicity in other terror crime cases,” police said.

Meanwhile, police asked people to stay away from the encounter zone since such an area can prove dangerous due to stray explosive materials. “People are requested to cooperate with police till the area is completely sanitized and cleared of all the explosives materials if any,” police said.