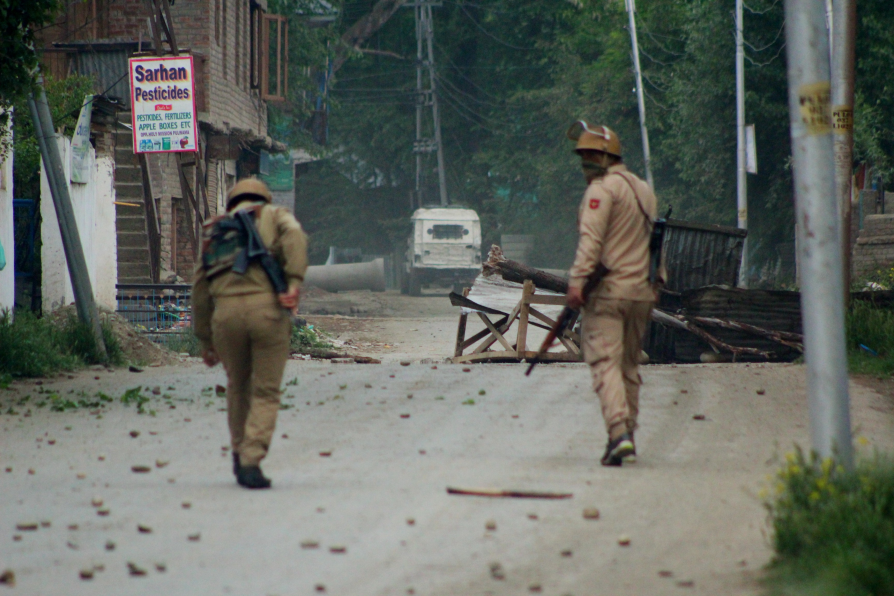 Another three militants and an army man were killed in a gunfight between the army and militants after the latter attacked an army patrol unit in Hendew Hamlet of South Kashmir’s Shopian District. “Following the attack, government forces laid a siege around the village. During search operation the hiding militants opened fire on the forces, resulting in a gunfight,” police said.

The first gunfight took place in at Dalipora area of South Kashmir’s Pulwama Town. Two army personnel and another civilian were also injured in the gunfight. Both have been rushed to the hospital. Police identified the militants as Naseer Pandith of Kareemabad Pulwama, Umar Mir of Shopian and one identified as Khalid. Police claimed that the third militant was a Pakistani national, “incriminating material recovered from the site of encounter proves that he is a foreign national,” police said. 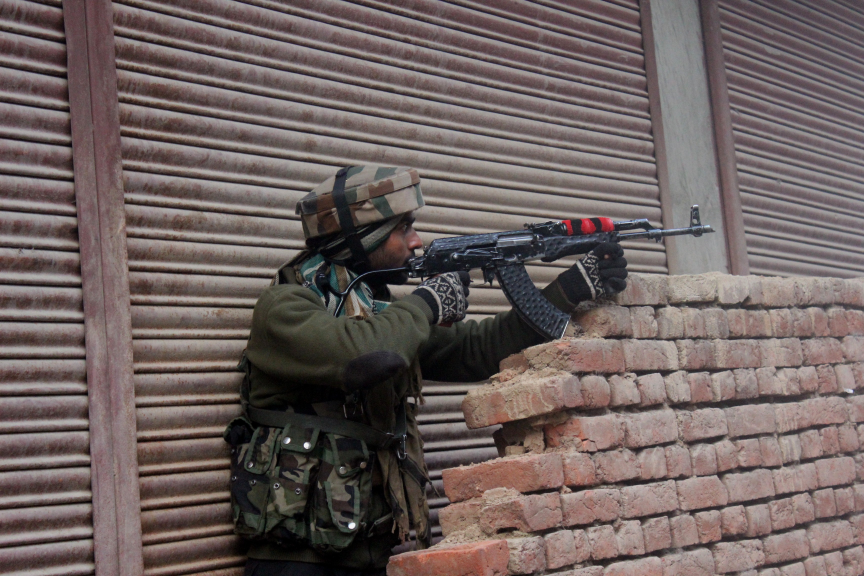 According to the police records, the killed militants were affiliated with Jaesh e Mohammad( JEM) militant outfit. “They were wanted by law for their complicity in a series of terror crimes including attack on security establishments and civilian atrocities. Several terror crime cases were registered against them,” police said. 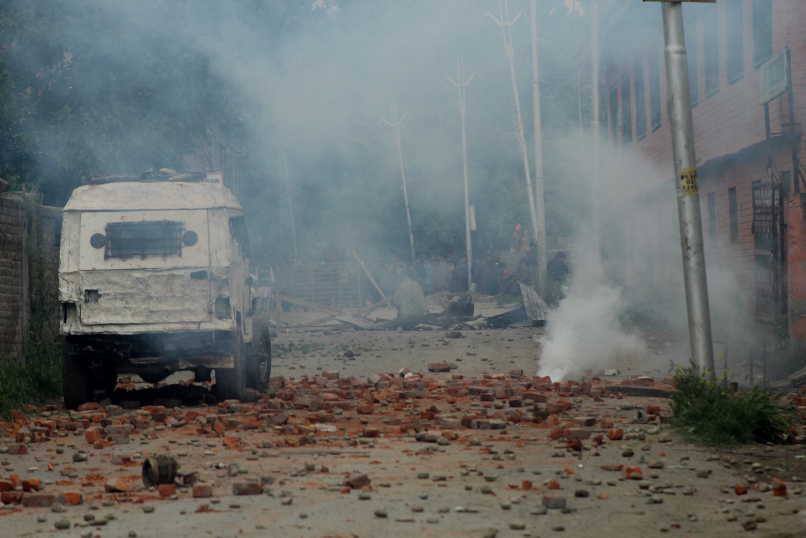 Thousands of mourners participated in the funeral of the slain militants at their native villages. As the news of their death spread, People from various areas marched towards their native places to participate in the funeral prayers. Amid pro-freedom slogans, the mourners carried the bodies of militants to local graveyards where multiple rounds of funerals were held.

While giving details of the gunfight in Pulwama , a police spokesperson said on a credible input, a cordon & search the operation was launched today morning by police and security forces at Dalipora an area in District Pulwama, “as the Police & security forces were evacuating civilians from the neighborhood area around the target house, the hiding militants fired indiscriminately,” he said, adding that during the process one Army personal and a civilian also lost his life. They were later identified as Jawan Sepoy Sandeep and Rayees Ahmad Dar from Pulwama. 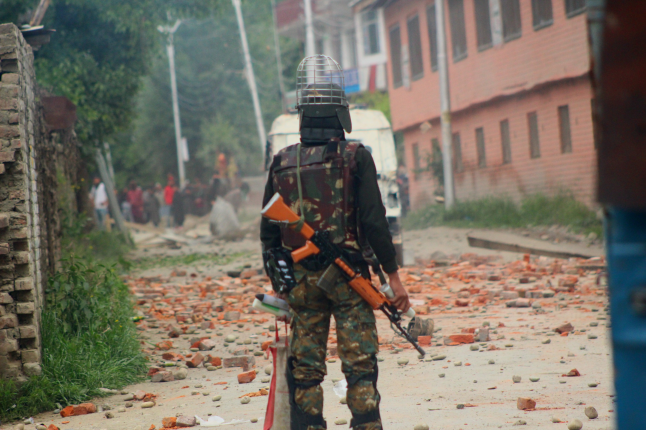 As per police records Naseer Pandith had a long history of “terror crime records before joining the militant organization” and “several terror crime cases were registered against him for planning and executing terror attacks in the area after joining proscribed terror outfit JeM.”

“He was also involved in the killing of a policeman Mohammad Yaqoob Shah of Pulwama in 2018 on the eve of Eid. He was also involved in some weapon snatching incidents reported from the area besides several cases was registered against him for his criminal activities including case FIR No 30/15 & 277/14 under NDPS Act and case FIR No 25/16 pertaining to forgery,” police said. 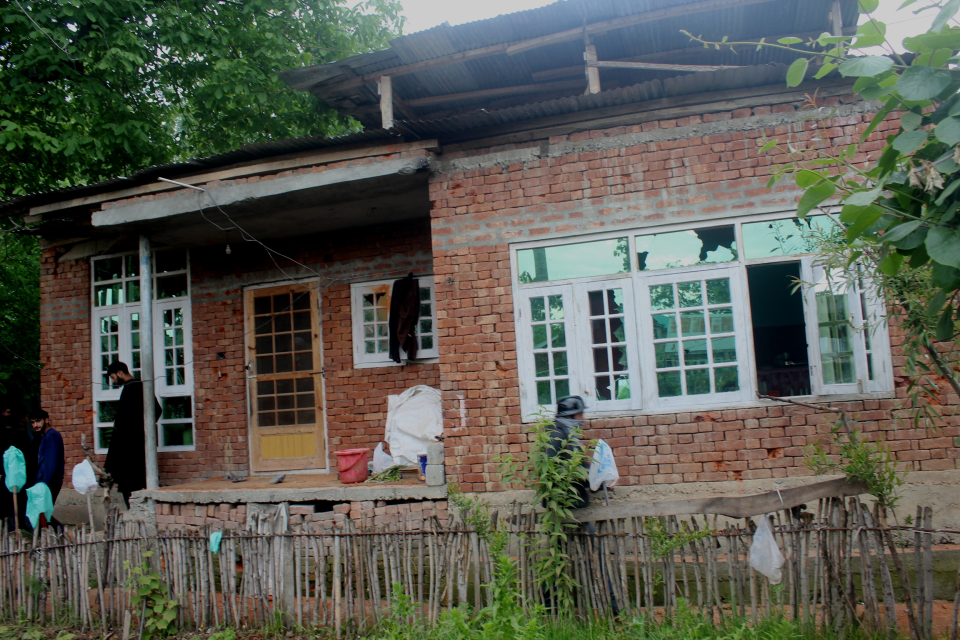 Similarly, Khalid, who was operating as commander of proscribed terror outfit JeM was involved in several militancy related cases, “many terror crime cases were registered against him,” police said. Police claimed that incriminating materials including arms & ammunition were recovered from the site of encounter. “All these materials have been taken in the case records for further investigation and to prove their complicity in other terror crime cases,” police said. 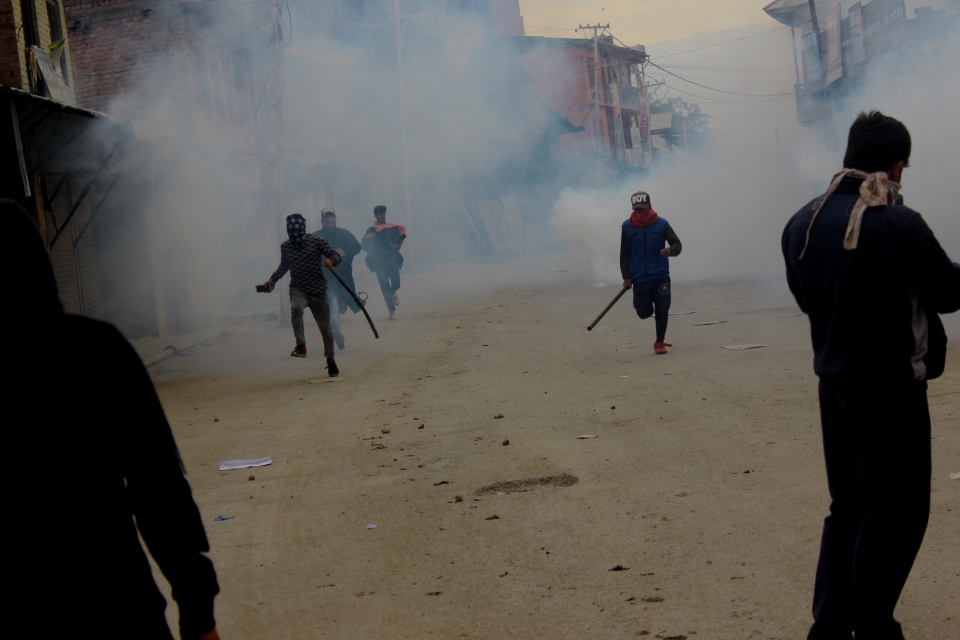 At around 3 Pm militants attacked an army patrol party in Shopian’s Hendew village. Subsequently, the army launched a search operation in the area to flush out the militants. During searches militants and soldiers confronted each, triggering a brief gunfight. “three militants were killed in the gunfight,” police said.  He added that a soldier who was injured in the initial exchange of fire also scummed to his injuries. Meanwhile, Curfew has been imposed in the area and mobile internet services suspended.