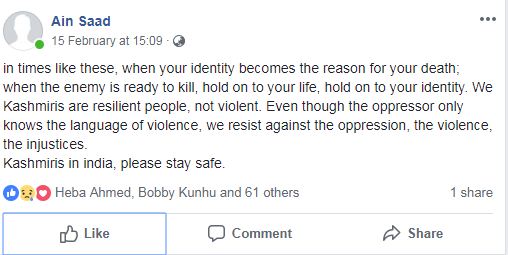 Concerned individuals are opening their doors to safeguard Kashmiris whose lives are at risk. The messages which are spread under the hash tag #UnHateNow is trending worldwide. 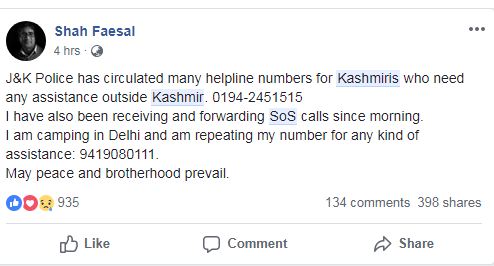 Kashmiri students were attacked in various universities all over India. 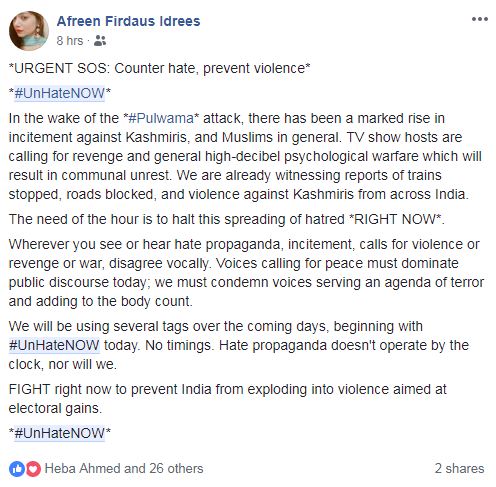 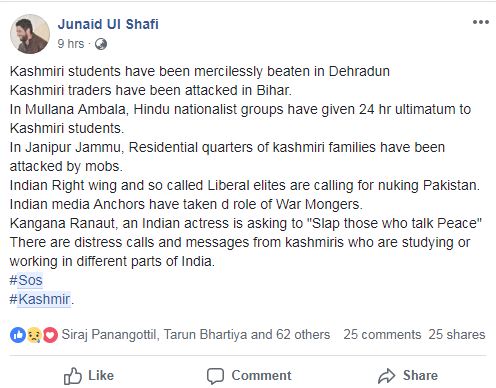 In protesting these attacks the shops are shut down in Kashmir, the decision is taken collectively by Kashmiri traders and youngsters. 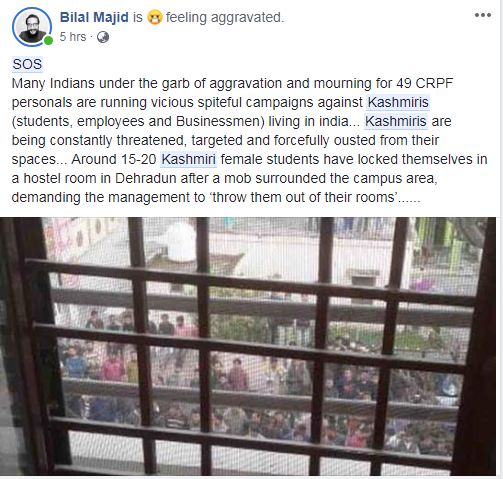 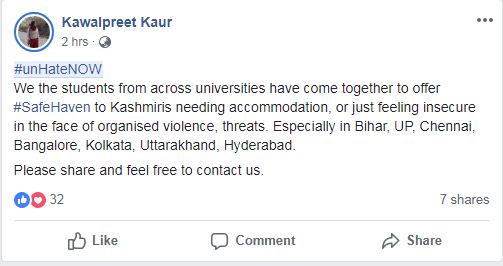 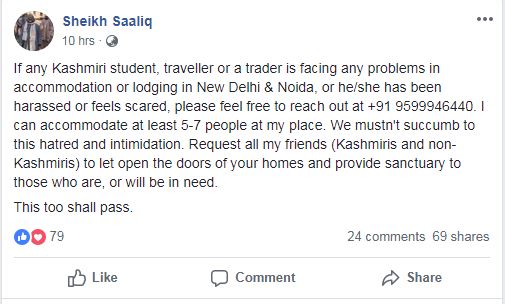 Meanwhile, Sikhs in Jammu have opened their Gurudwaras for Kashmiris to shelter.