Photos and story by Kamran Yousuf

SRINAGAR: The Real Kashmir Football Club on Wednesday continued its winning streak by defeating the Gokulam Kerala FC by 1-0 at synthetic AstroTurf  Pitch of Srinagar. With this win the club has topped the I-league, followed by Chennai City. 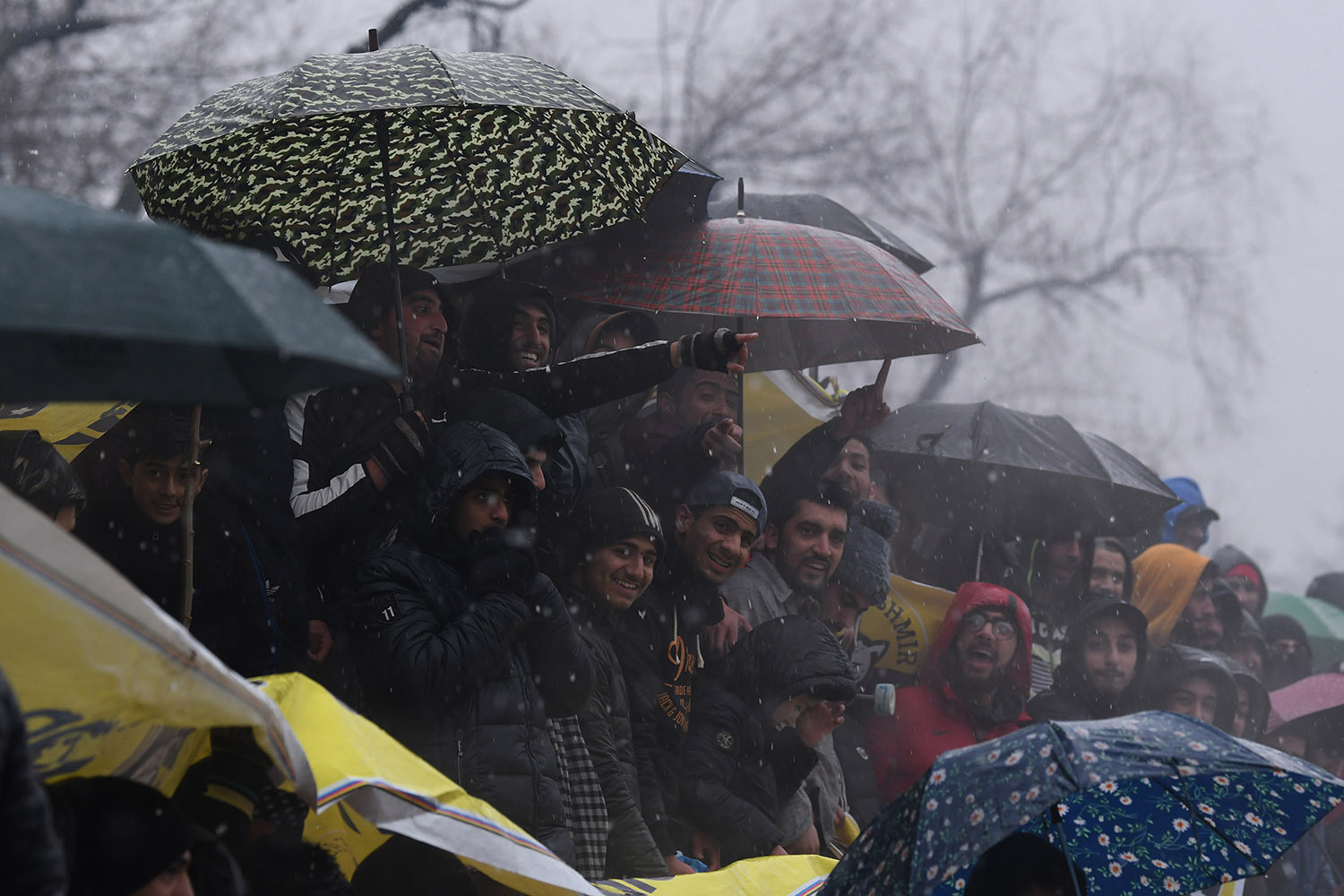 Amid snowfall, the players entered into Srinagar’s TRC football ground with enthusiasm. However, after fifteen minutes of the first half, the players struggled to control the ball and both teams failed to score.The changed weather helped the home team to perform better as they were used to such weather.

On the 53rd minute Striker, Gnohere, helped the Real Kashmir to win the match by scoring an all-important goal. 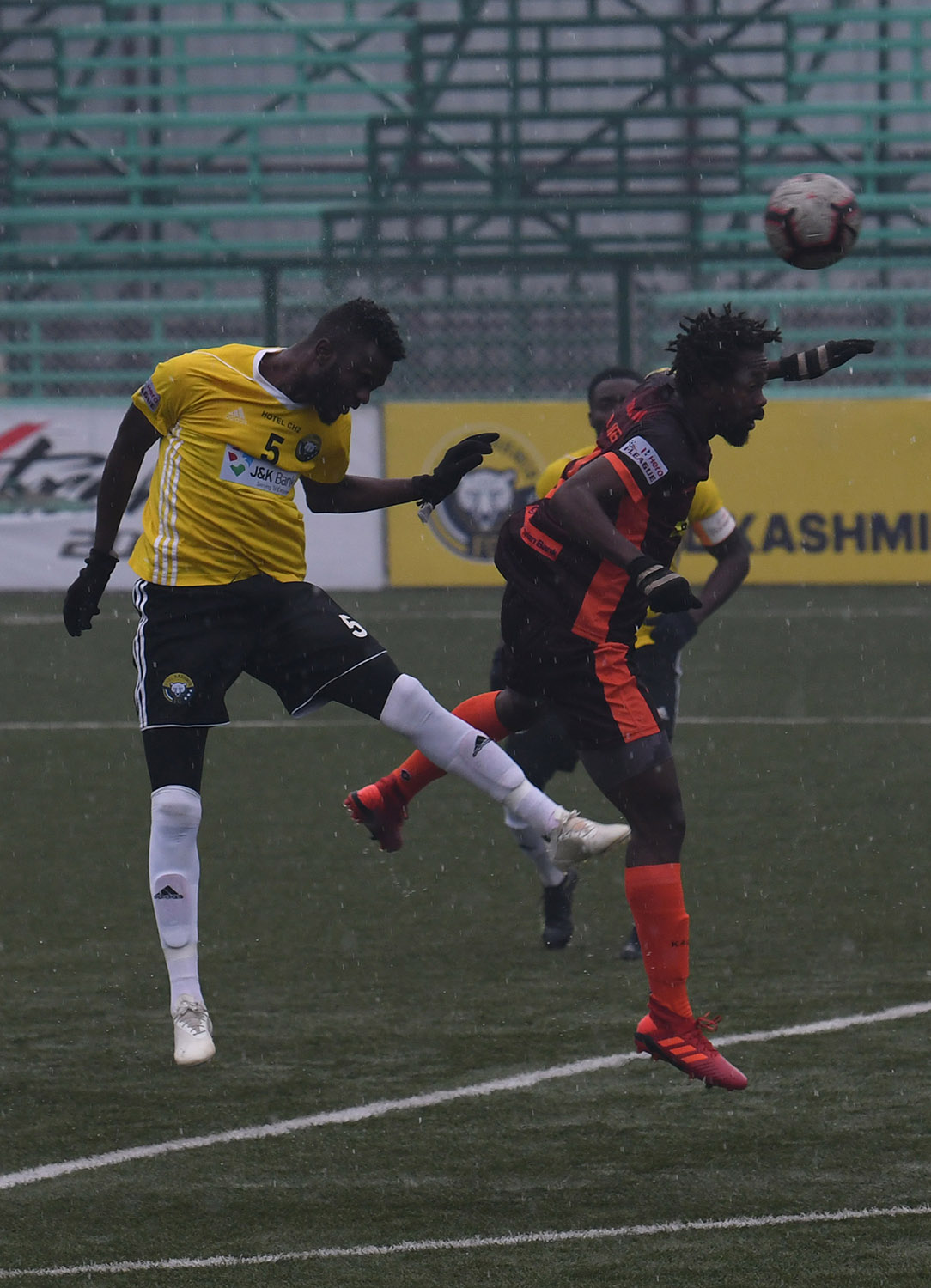 With the win, the Real Kashmir has topped the table with 32 points, surpassing Chennai City’s 30 points. The club witnessed no loss since last 11 games and defeated football giants including Minerva Punjab FC, Mohun Bagan, and Chennai City FC. 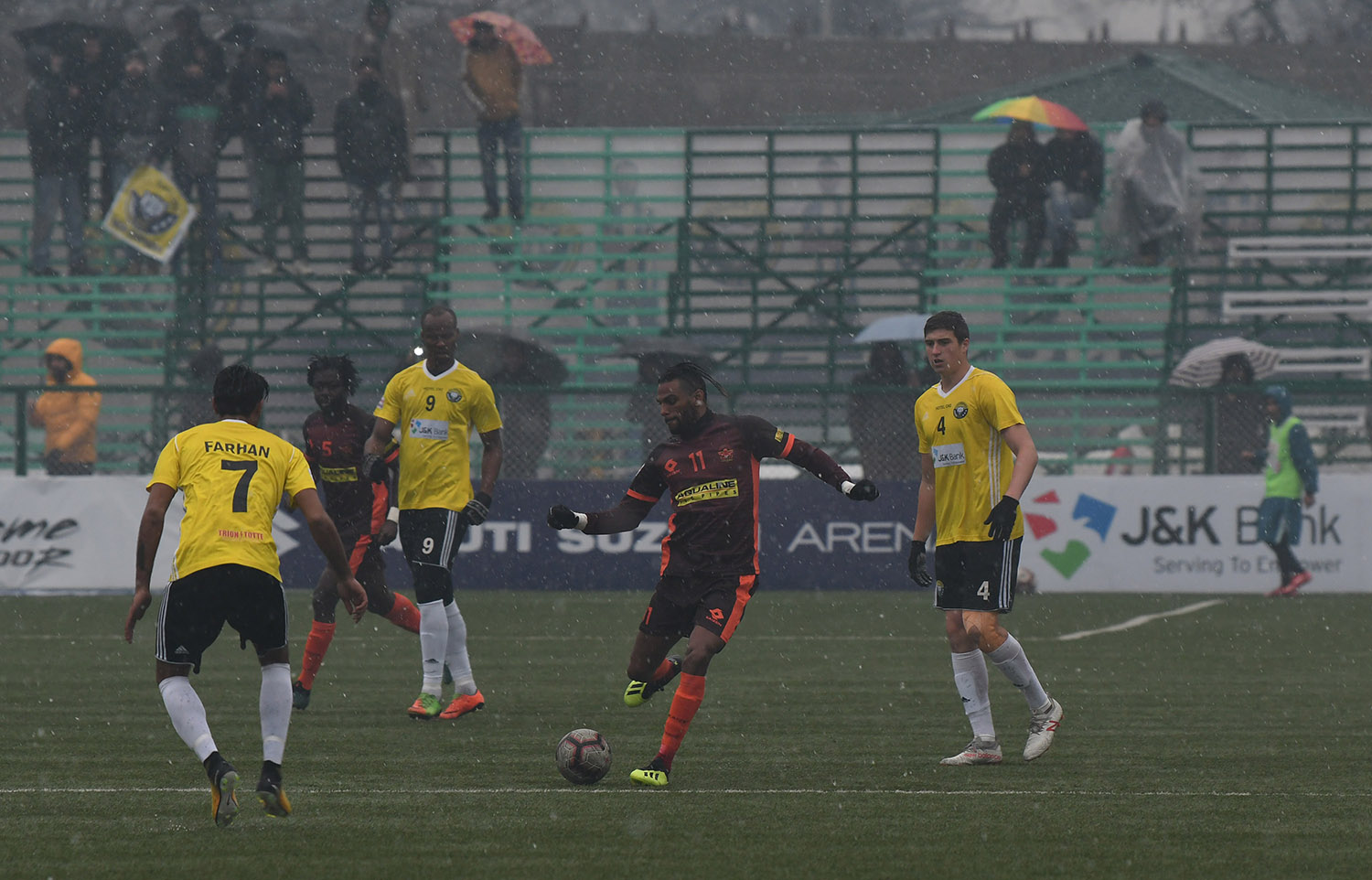 Such type of football games featuring a local club are played for the first time in Kashmir. “It’s a golden moment for the football lovers of the valley. 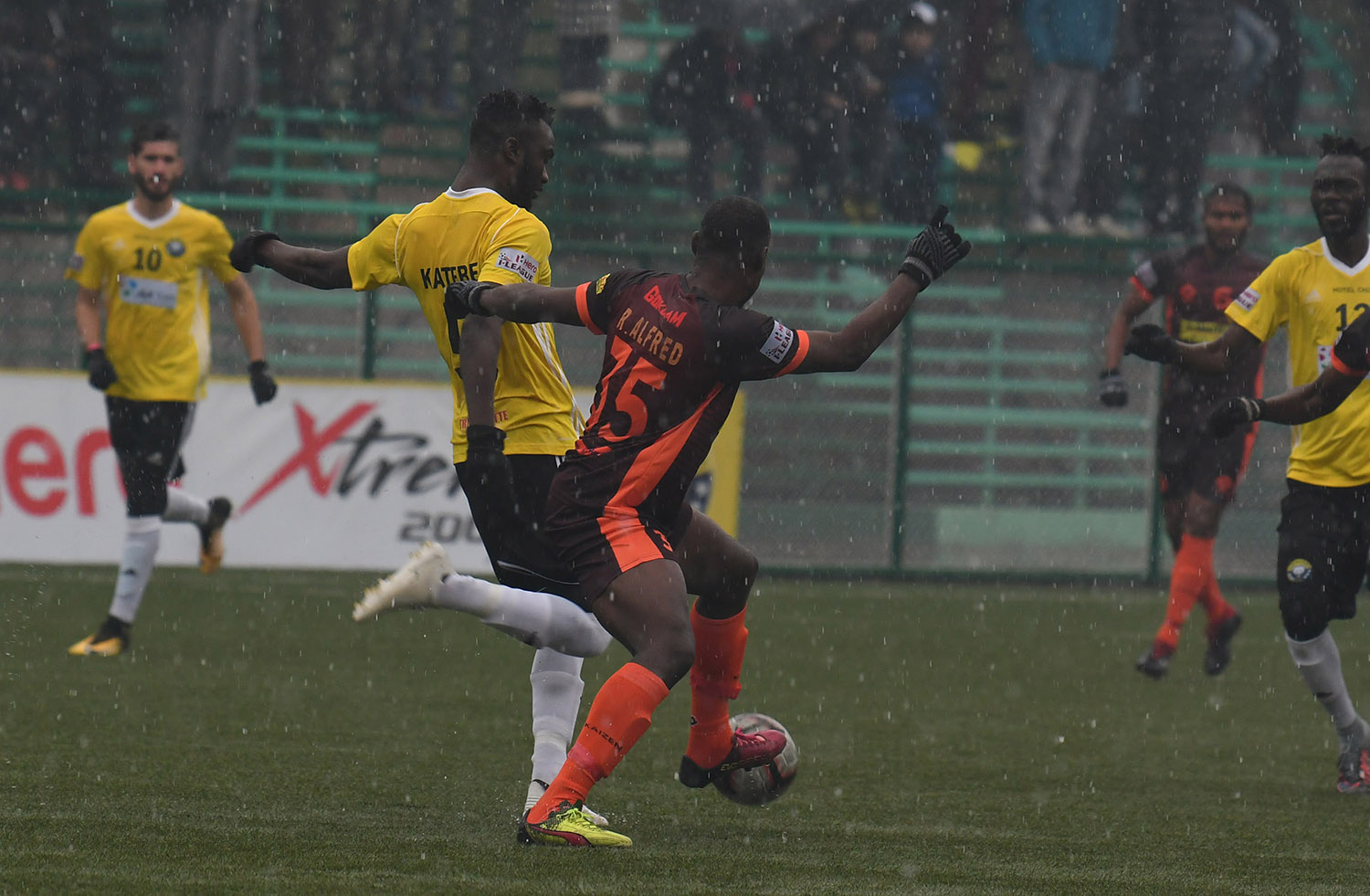 Football has been always loved here. Witnessing a match of such level would boost the game,” Waseem Ahmad, a football lover said, adding such games would inculcate professionalism among the players. 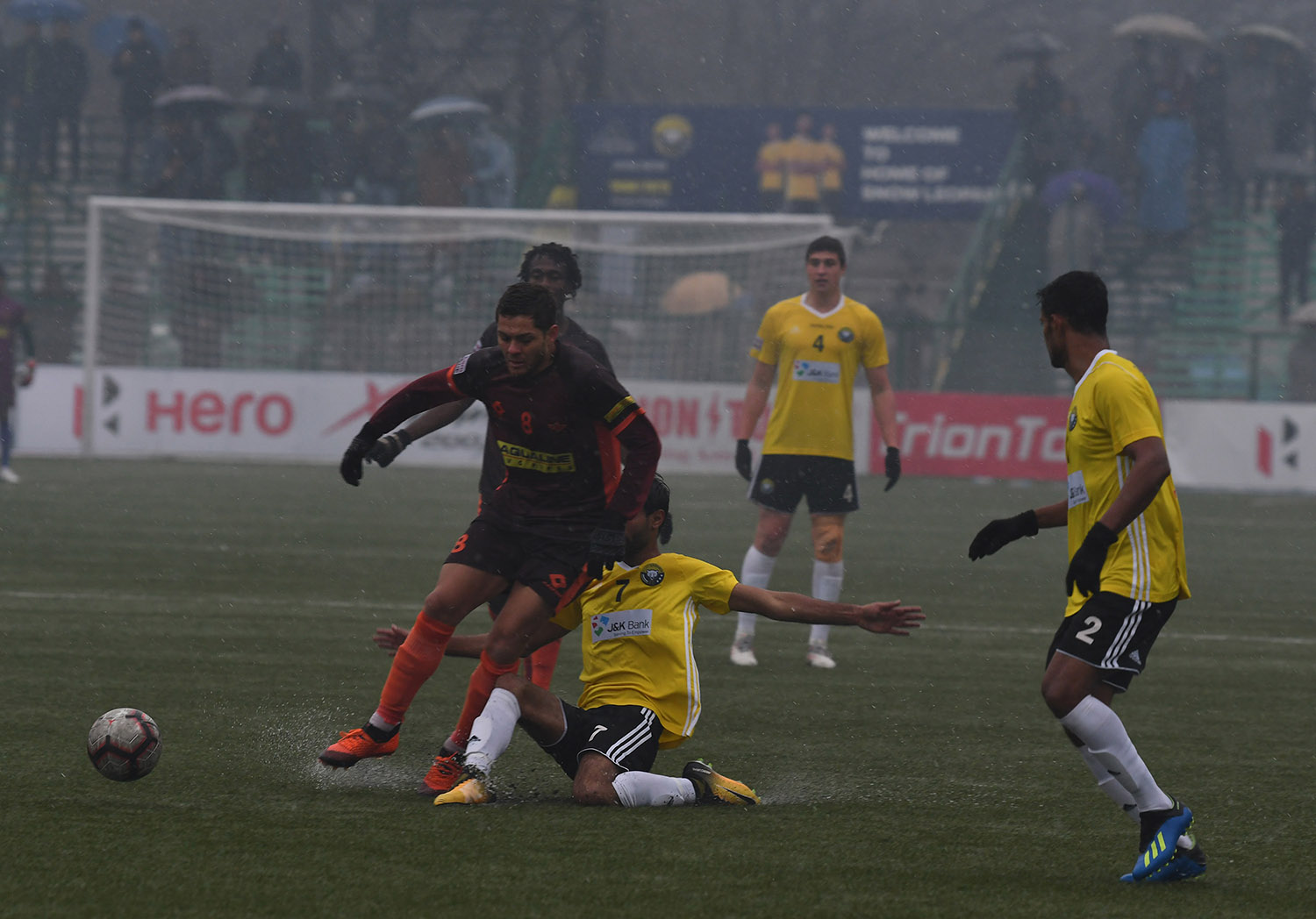 Taking to social networking site Twitter, Real Kashmir FC wrote: “We dedicate this victory for our fans who came in numbers despite rain and snow. With support like this snow leopards will roar louder. @realkashmirfc would also like to thank @JKSportsCouncil for outstanding backend support in these conditions. Also well-played @GokulamKeralaFC.” 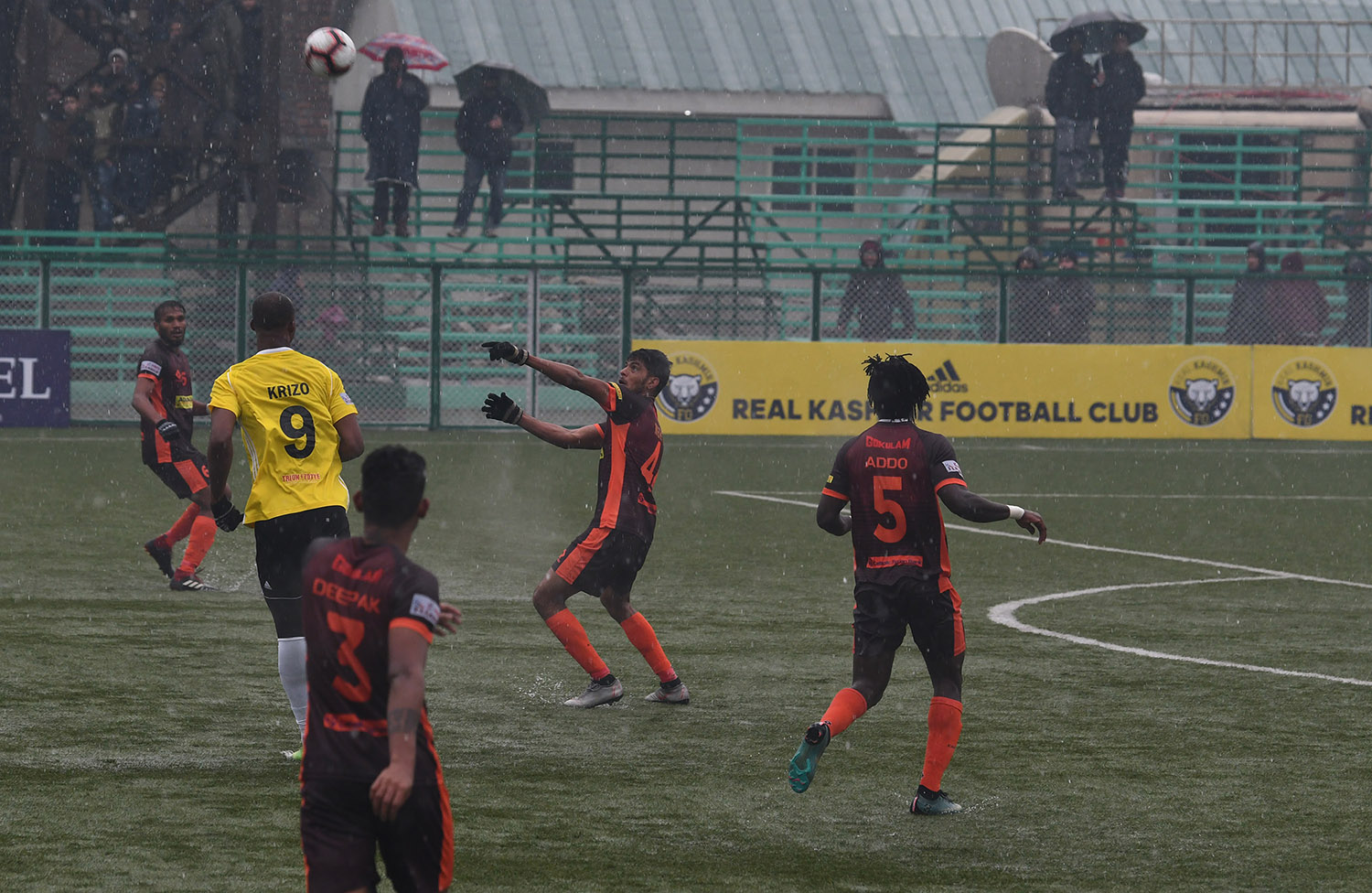 Real Kashmir dedicates the victory to the fans “who braved harsh weather condition to watch them play.” 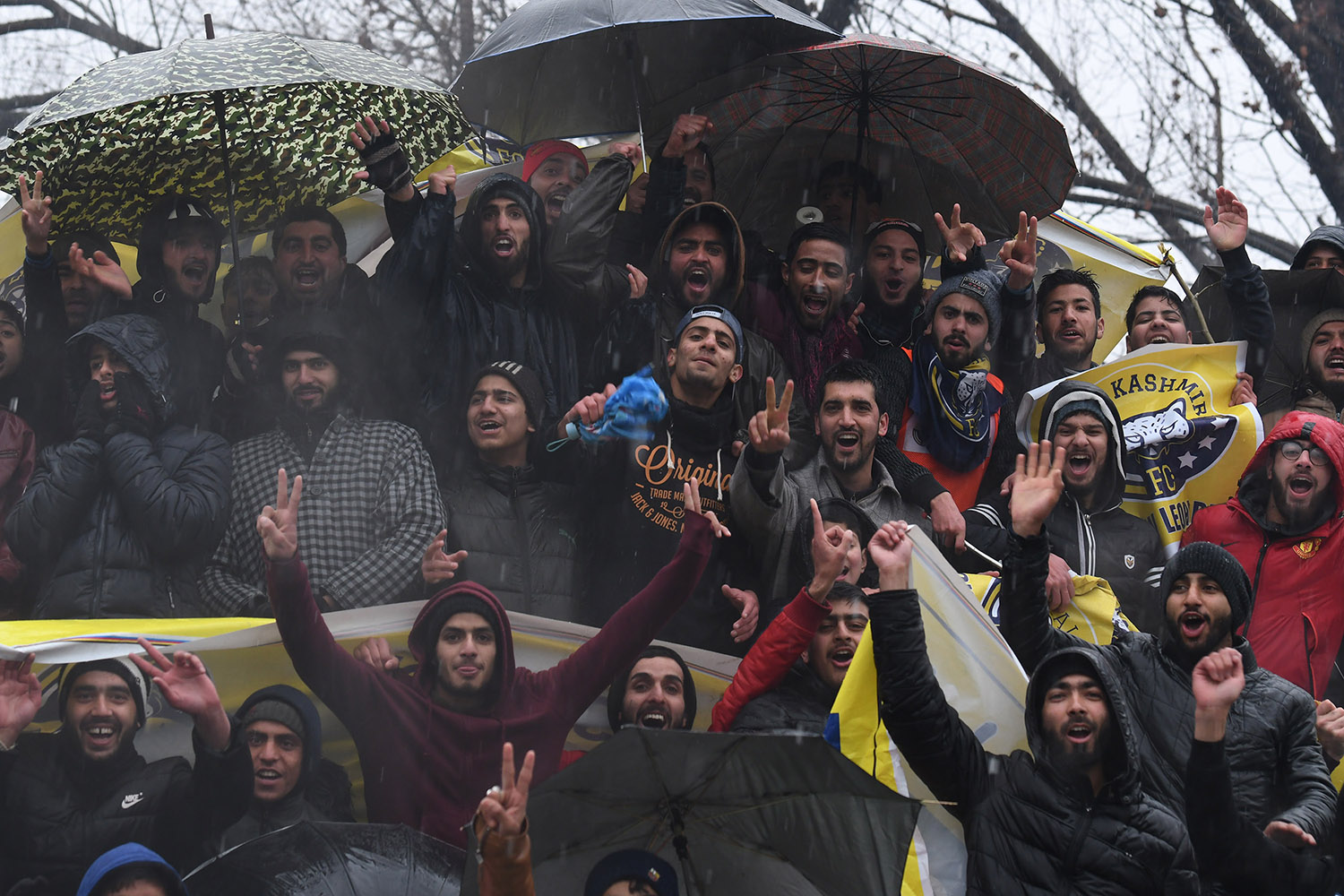