A civilian and soldier were killed while ninety protesters were injured in massive clashes that broke out in Shopian and Kulgam districts of South Kashmir on Wednesday during two separate gun battles. Following inputs about the presence of militants at Gugloora area of Pinjura in Shopian district, teams of police, CRPF, and Army launched a search operation.  As the forces moved into the village clashes erupted between youth and armed forces. The protesters pelted stones on the armed forces who responded by using tear smoke shells, pellets and bullets to disperse them. 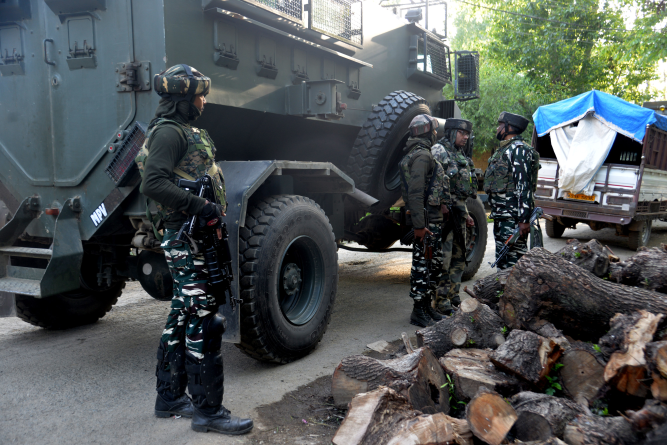 The clashes left at least 25 protesters injured 3 with bullets and 20 with pellets. One protester, Sajad Ahmad Parray, was hit by bullets and rushed to Shopian district hospital for treatment. He was referred to Srinagar for treatment but succumbed on the way. A soldier who received injuries in the encounter died later in the army base hospital Srinagar. 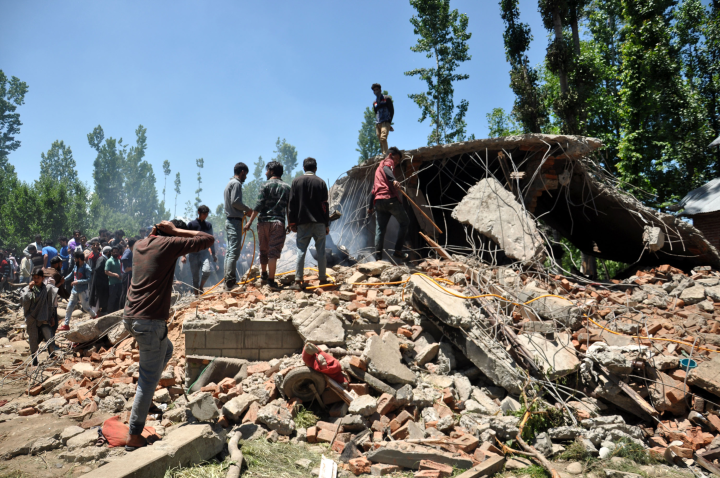 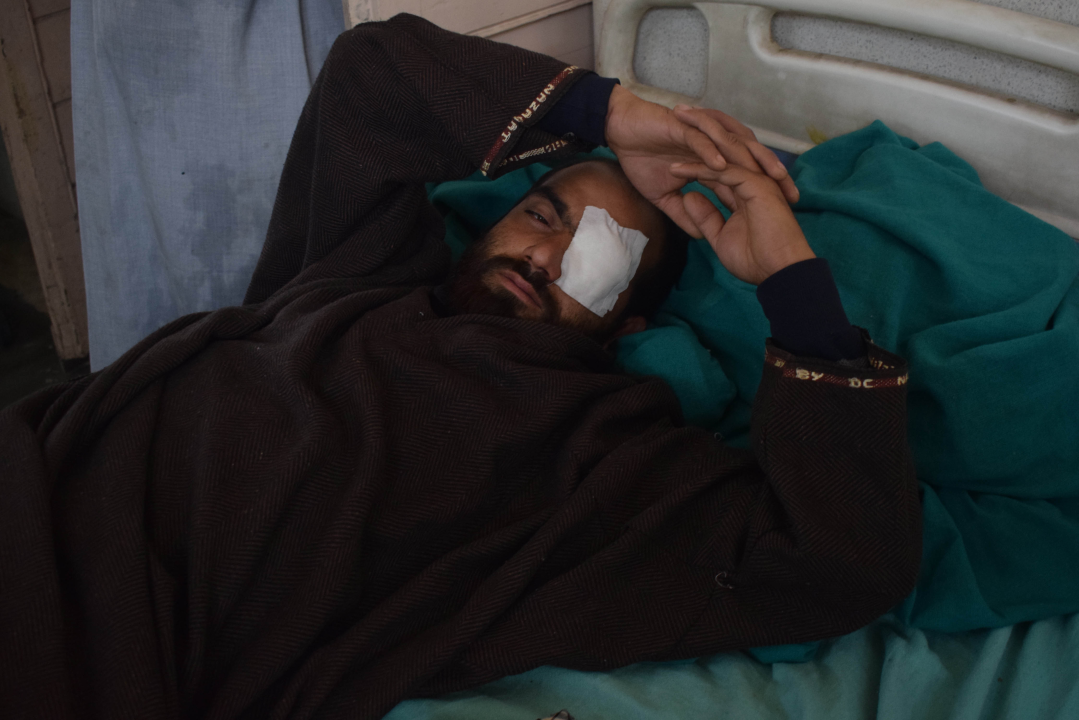 At another encounter in Kulgam village of south Kashmir at least 60 persons were injured, four of them critically in government forces action during clashes near an encounter site. The clashed erupted after a gunfight started between militants and government forces at Tazipora area of Mohammad pora in wee hours on Wednesday. 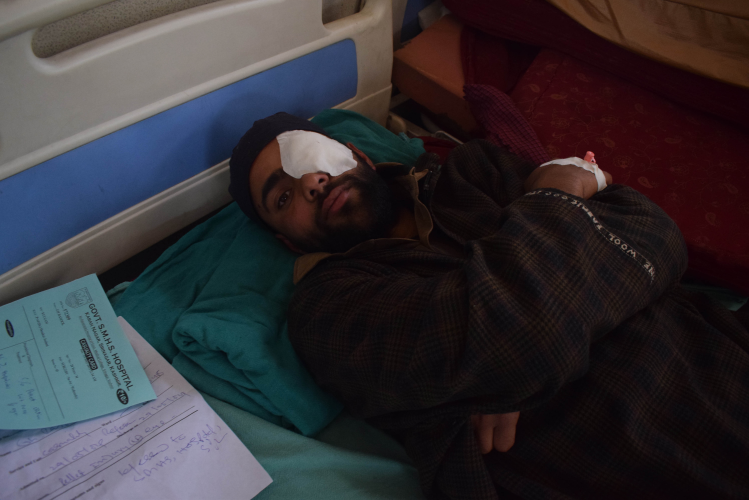 60 people suffered injuries after police and paramilitary CRPF used pellets, teargas shells and live ammunition to disperse the protesters. Some of the protesters were also hit with bullets.  At least six protesters who were critically injured were referred to Srinagar’s SMHS hospital. Majority of the injured were shifted to PHC Mahmoodpora and some of them were further referred to district hospital Kulgam for treatment.

More then 44 people, with minor pellet injuries, who were received at PHC Mohammedpora was treated there only. Six injured persons, doctors said, were shifted to district hospital Kulgam. Majority of them had eye injuries.   Out of the six patients that the Kulgam hospital received four were referred to SMHS Srinagar for advanced treatment. That referred include Nadeem, Nawaz, Adnan, and Yawar. All the injured are from Kulgam. 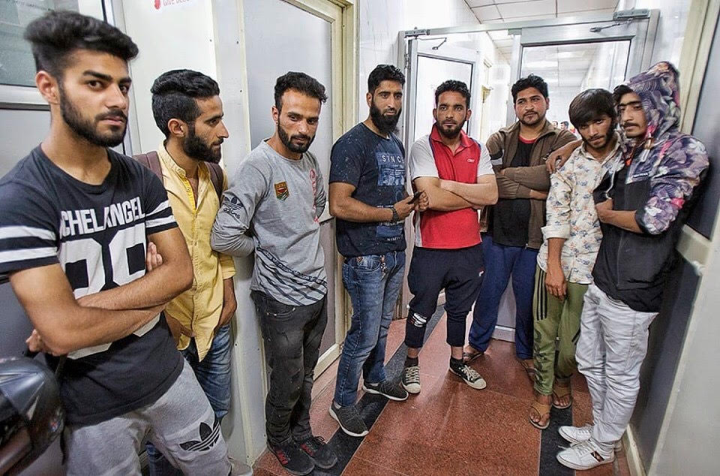 people in a queue to donate blood for injured youth

Police said that they had launched a search operation in the area after receiving inputs about the presence of militants. However, came under heavy stone pelting while retreating from the area, police said. “The operation was called off and forces were withdrawn following all SOP’s. During a search operation, an unruly mob tried to disturb the proceedings and tried the enter in the inner cordon, but they were tactfully dispersed by following the all SOP’s, during which few police officials and few civilians got injured. No casualty was reported for any side,” police said. 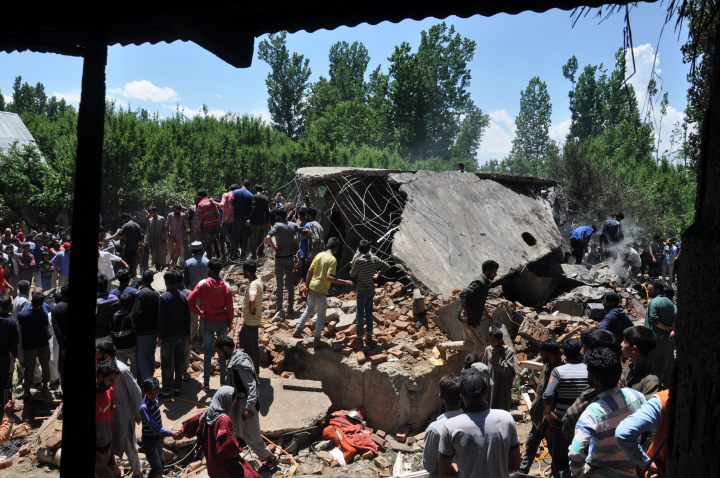 Earlier, the encounter broke out after a joint team of army’s 9 RR, SOG and CRPF launched a cordon-and-search operation at Tazipora following credible inputs about the presence of some militants, a police official said. Police said that the militants managed to give slip to the security forces in the encounter, “After concluded the search of the suspected houses it came to fore that militants managed to escape taking advantage of the dark,” police said.